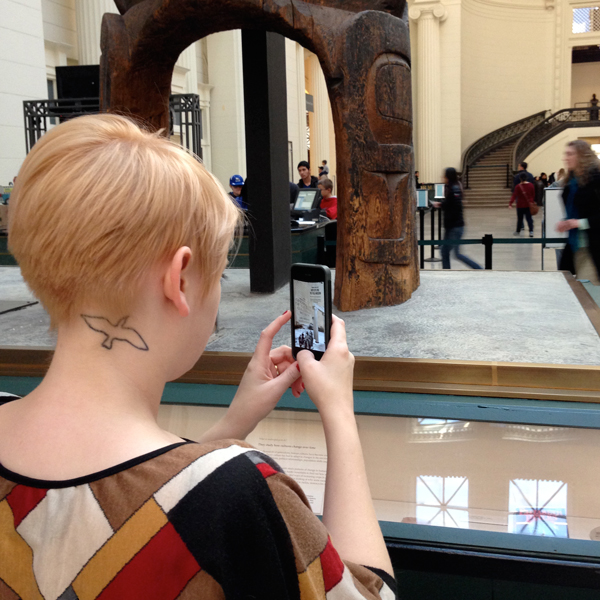 When I say The Field Museum‘s latest exhibit is wonderful, I really mean it. Wonders of the 1893 World’s Fair takes visitors back to 1893, to the World’s Columbian Exposition. It shows today’s Museum visitors what Fairgoers saw over 120 years ago. For me, Wonders of the 1893 World’s Fair is a fascinating and unique insight into The Field Museum and how people in 1893 viewed each other and the world. 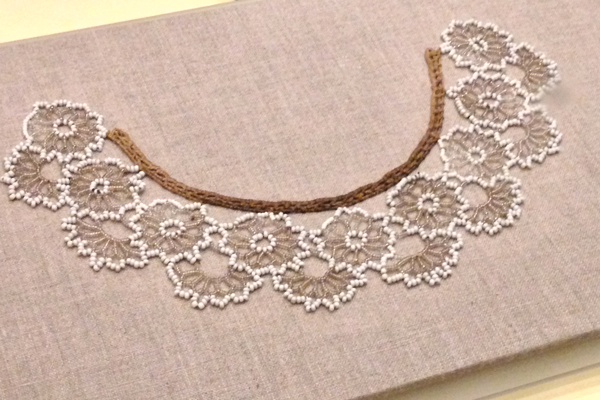 An elegant beadwork piece originally displayed at the World’s Fair.

The Field Museum has opened its vaults to share 200+ items from its collections, many of which haven’t been seen since the 1893 World’s Fair itself, and range from stuffed animals to cultural artifacts to World’s Fair operational ephemera. Before last weekend, I didn’t realize The World’s Columbian Exposition was designed to honor the 400th anniversary of Columbus’s discovery of America. I also didn’t realize that The Field Museum was established as a result of the Great Exposition. 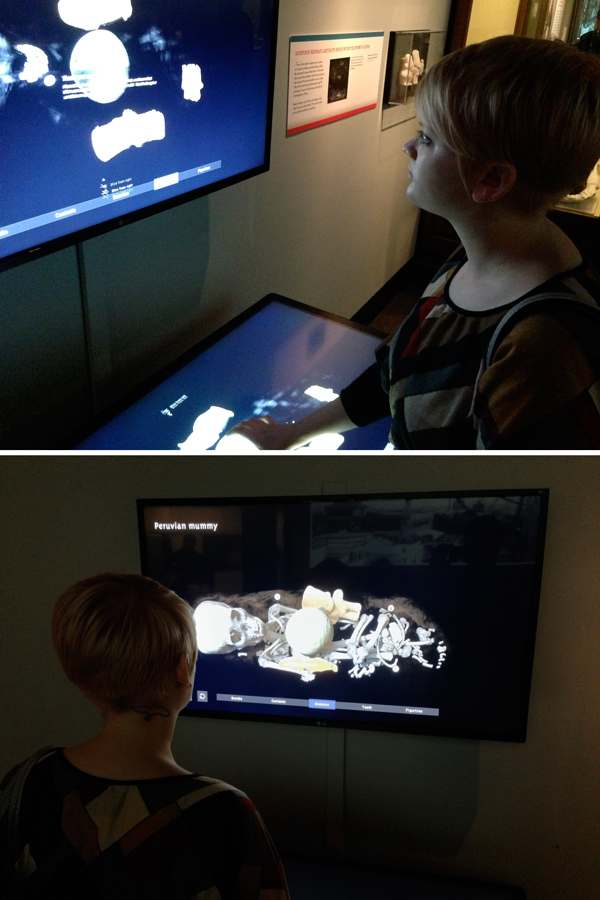 The exhibit included two Peruvian mummies originally displayed at the Fair. With modern technology, scientists have been able to use CT scans to see what’s inside them, and visitors can use a touch screen setup to interact with what the scans revealed to be inside. It’s really cool, and one of tons of ways scientists are using modern technology to learn more and more about items in the Museum’s collections.

A really cool feature tied to the exhibit is The Field Museums Tours mobile app. For the Wonders of the 1893 World’s Fair exhibit alone, there are 29 stops you can take on a scavenger hunt-style tour of the whole museum. There are a few stops within the World’s Fair exhibit itself, but dozens more throughout the museum. It was a really cool way to check out items from the World’s Fair that are a part of other Museum collections. I was only required to check in at a few of the stops on the 29-stop tour, but my husband and I were having such an awesome time, we hit all 29! 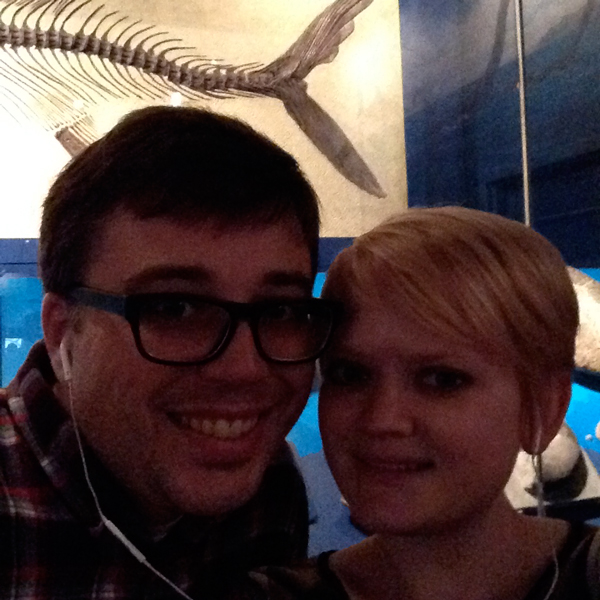 Many of the stops on The Field Museums Tours mobile app include videos, narration, relevant text or a 360-degree panoramic view related to the item on the stop (the picture at the top of this post shows me viewing the panoramic shot for the exhibit’s giant totem poles). Our favorite app content was a video outlining how museum scientists analyze excavated mammoth tusks to learn their age, health, climate, and so much more. 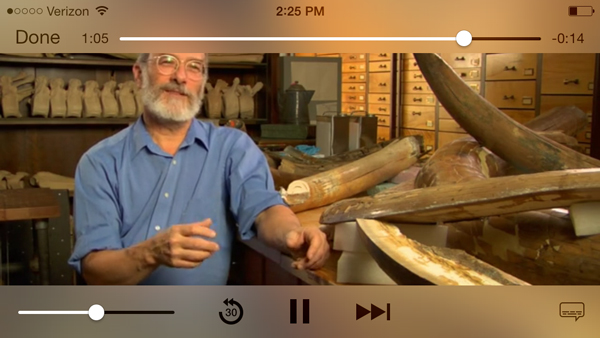 Did you know mammoth tusks have rings like trees that tell us what their lives were like?

We seriously spent like 5 hours at The Field Museum learning so much more than we ever would have without the app. I realize not everyone in the world is able to spend that many hours at a museum, but this was the best date we’ve gone on as a couple in years. We have been talking about Wonders of the 1893 World’s Fair nonstop since we saw the exhibit on Sunday. Much like the 27 million plus people who attended the World’s Fair (at a time when the US population was only about twice that), you should do whatever you reasonably can to see this exhibit and experience it with The Field Museums Tours mobile app. The exhibit runs through September 7, 2014.

I was selected for this opportunity by Clever Girls Collective, however all content and opinions expressed here are my own.

**Giveaway alert!** According to the poll in my st