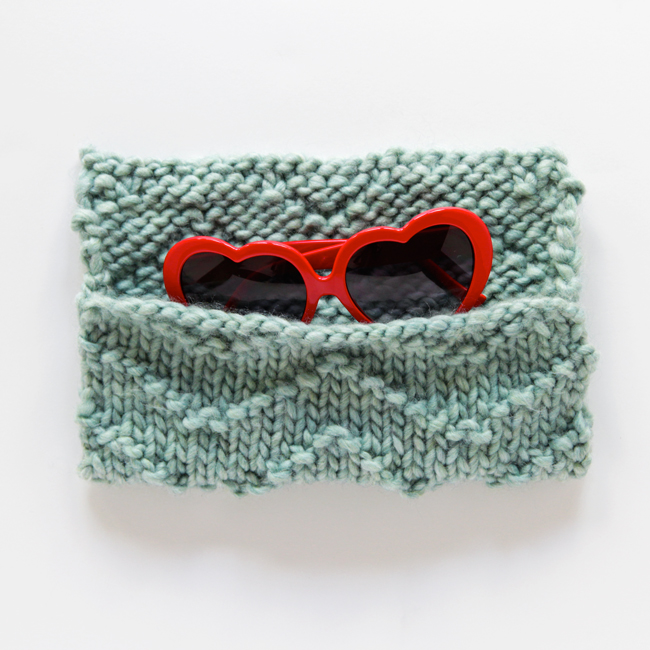 What says summer knitting better than a quickie little sunglass case pattern? Grab a nice little ball of yarn leftover from one of your winter cowls, a couple of needles, and you’ve got yourself the perfect single-sitting beach knitting pattern. Or if it’s a rainy day, pop in a movie and you can make this start to finish in an hour or two. AND you can immediately use the finished case since it’s still summer. Like I said – summer knitting perfection. ;) 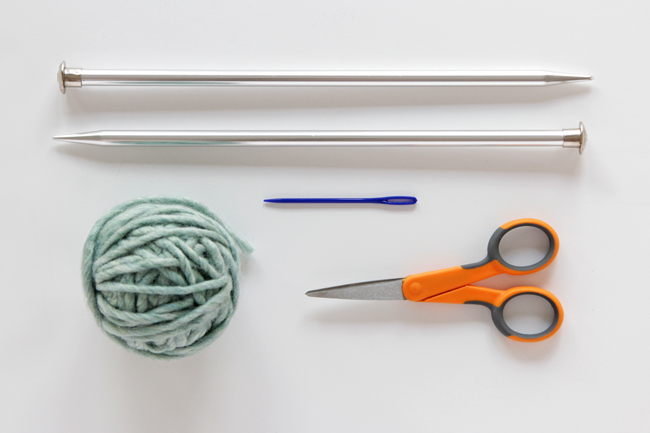 The thing to keep in mind to “get” this pattern as you’re making it is this: you’re just making an envelope for your sunglasses to slide into. You can customize the chevron motif below to any yarn – I made this case to fit an extra-big pair of sunglasses, so my pattern is bigger than average. But if you’ve got your eye on making a case for a slimmer pair of specs, just use skinner yarn or a different amount of repeats on the pattern. Or holler in the comments and I’ll see what I can do to help! ;)

Repeat row 1 to 6 until your rectangle of knitting is long enough to fold around your sunglasses when folded into thirds like a letter. When you’ve got it long enough, sew the sides of the bottom 2/3 of the case shut as shown and weave in ends. Then check out the animated GIF below to see how it closes (no hardware required!). 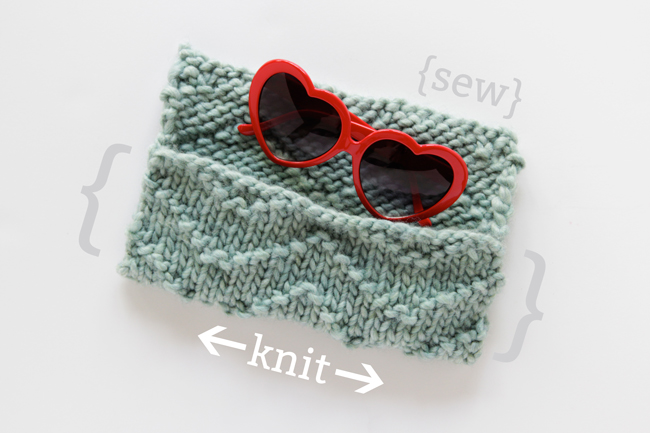 Isn’t the skinny line of chevron purls nice? (If I say so myself, I know.) I kinda want to make a bigger version to use as a small clutch for the fall. Hmm, I might just need to whip up a pattern for that this fall! :) 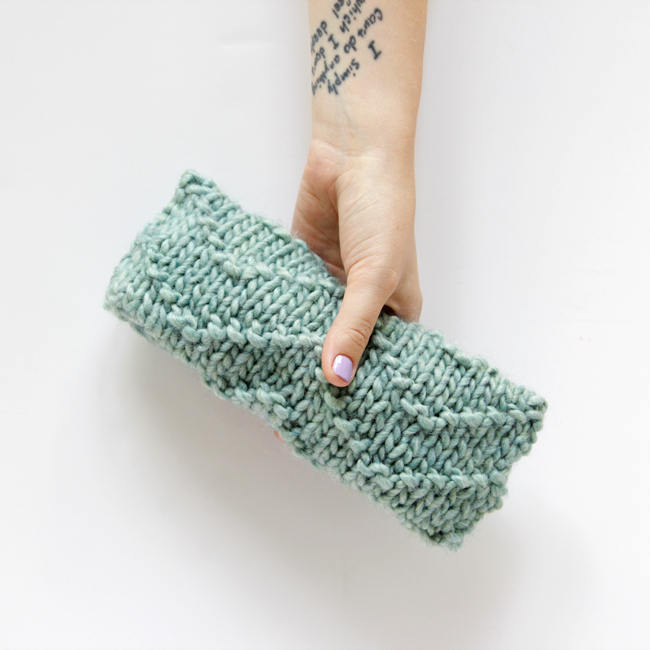 PS: Thanks to everyone who finished the Reader Survey! I’ll soon have the responses distilled into some pretty little graphs for you to peruse next week, along with the giveaway winners. You all are the best readers – your kind comments were so appreciated and really made my month. <3 <3 <3