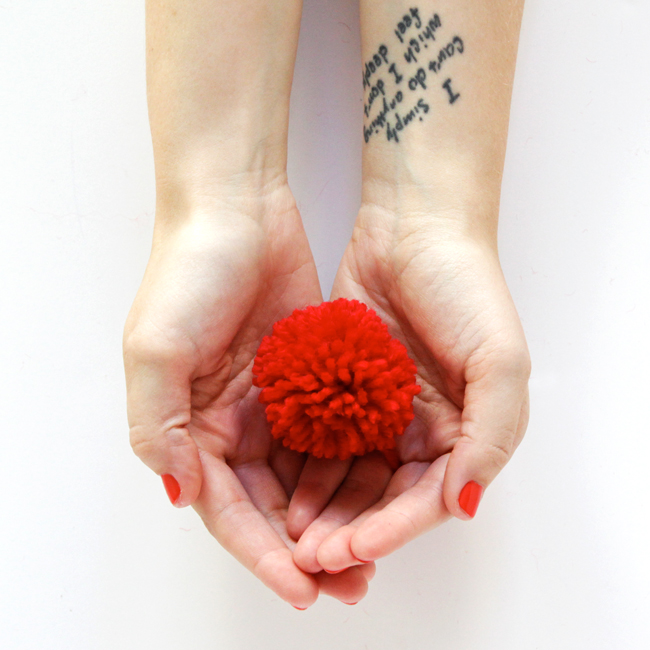 Pom poms are super fun. And DIY ones, where you can see the threads of yarn, are extra cute. You can do things like make them look like smiley faces or pieces of fruit if you know what you’re doing – you don’t even have to be a knitter or crocheter to become a master pom pom maker. For those of us who do love knitting and crochet, pom poms are a classic embellishment for accessories and are an awesome way to add a little bit of a wink to your next hat or scarf (or whatever you can think of)! Here’s how to DIY pom poms with supplies most crafters have laying around the house. 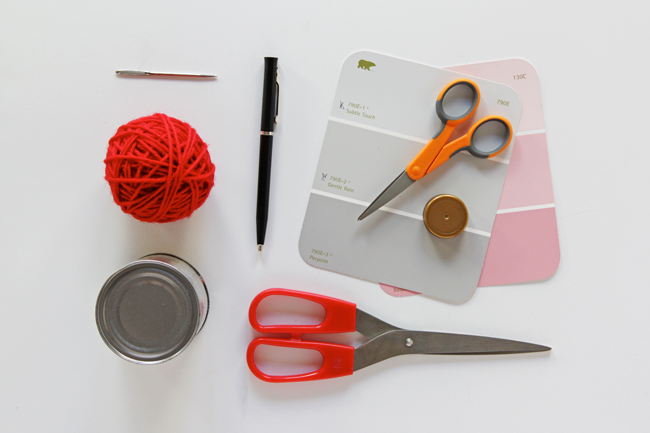 You’ll notice that I used leftover paint chips instead of plain cardstock or cardboard. Two reasons: They’re cute and ombre-ish and they were literally sitting next to my table when I went to DIY these. A lady’s gotta be resourceful! Speaking of which, I used a tin can fished out of my recycling and a lid to a bottle of bitters for the first step of the pom pom process. Trace a donut shape on two pieces of cardstock using items from around your house. 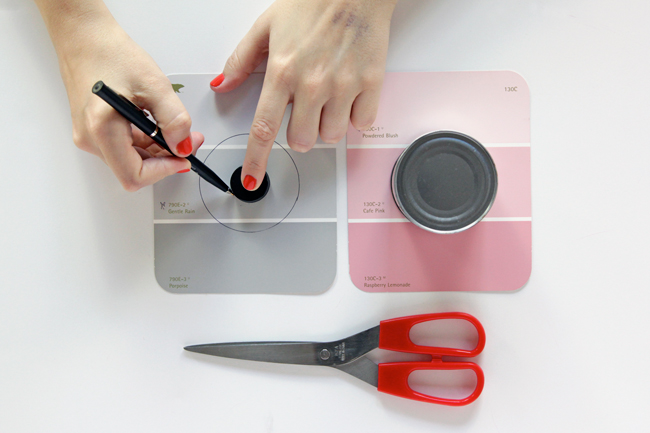 FYI: I forgot to wash yesterday’s note-to-self off my left hand before doing this shoot. That’s not a bruise, promise! 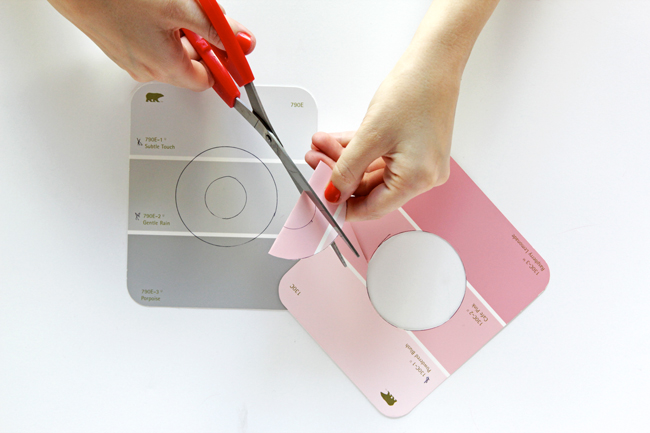 Place your two donuts back to back and tie yarn around them both, as shown. 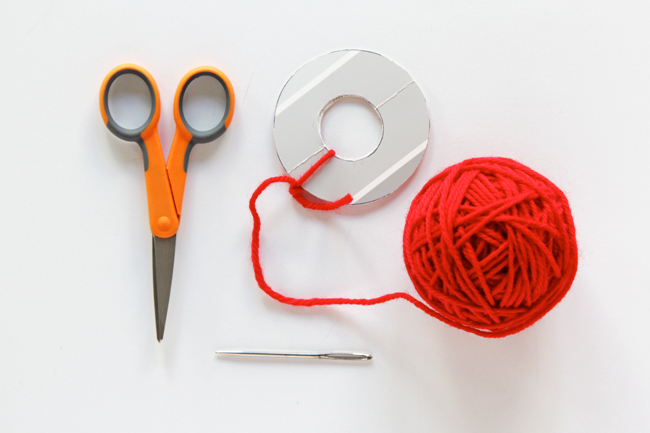 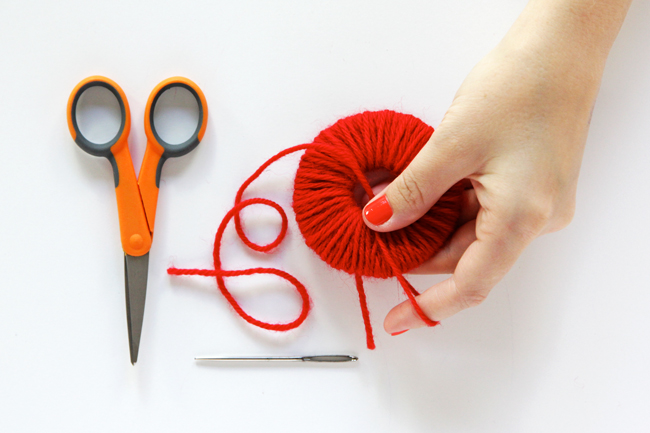 Thread a yarn needle with a scrap of yarn or thread. Sew the scrap yarn through the two pieces of cardstock inside the wrapped yarn. Run the scrap yarn all the way around the “donut hole” and leave the tails of the scrap yarn hanging loose – you’ll need those later. 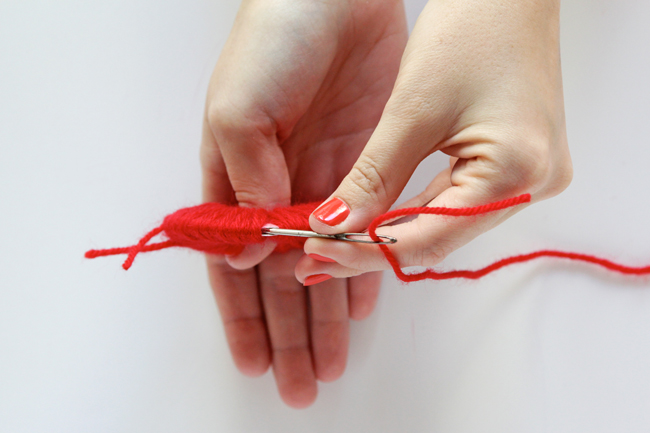 Avoiding the scrap yarn tails, stick your scissors between the pieces of cardstock and cut all the way around the outside of the donut. 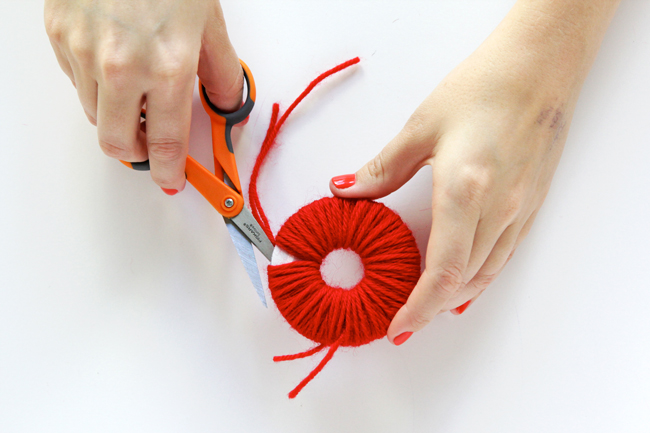 Carefully tie a square knot with your scrap yarn tail to secure the center of the pom pom. Tie a super tight knot! 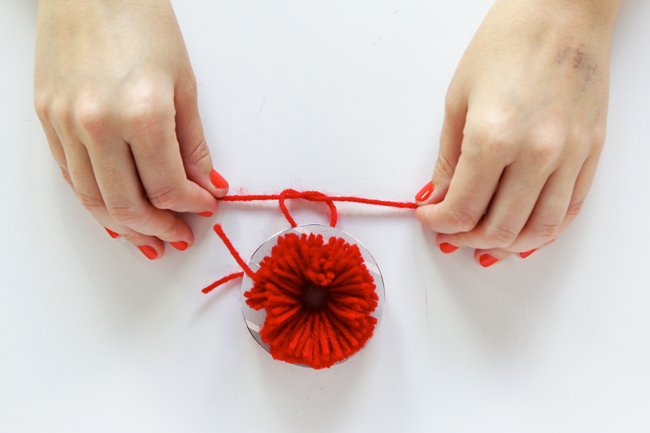 Trim the cardstock and remove it from the pom pom. 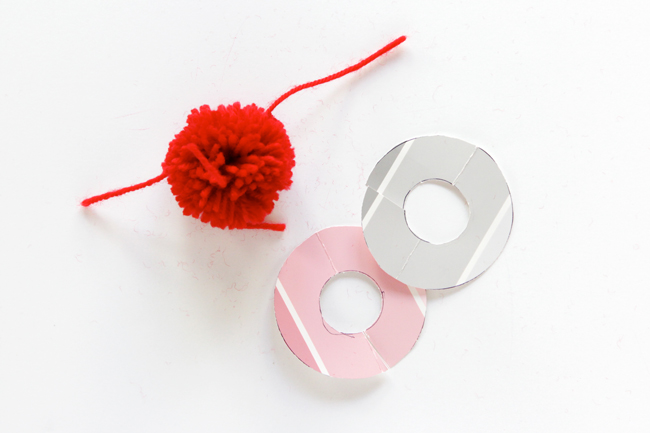 Trim tails, other than the scrap yarn tail, and any odd pieces that seem out of place to you. 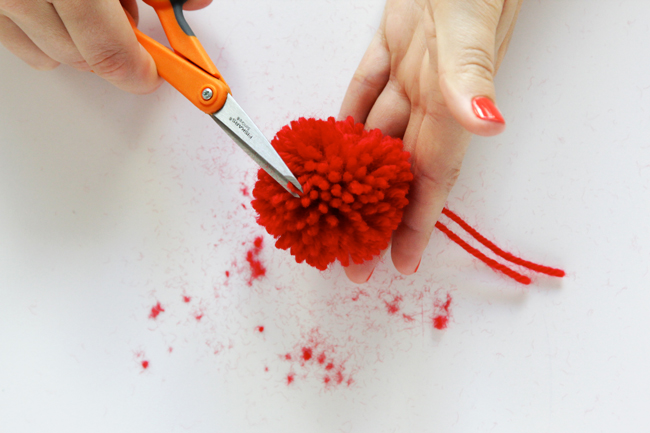 And now your have a pom pom! Leave the scrap yarn tails long if you plan to attach it to a piece of knitting or crochet, or cut them if you want a standalone pom pom. These are so easy and addictive! 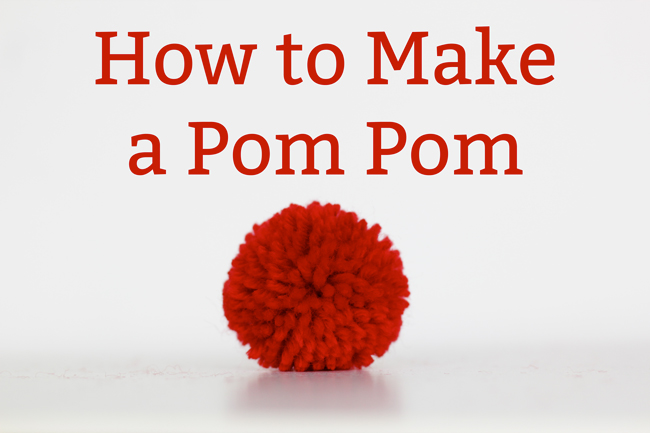