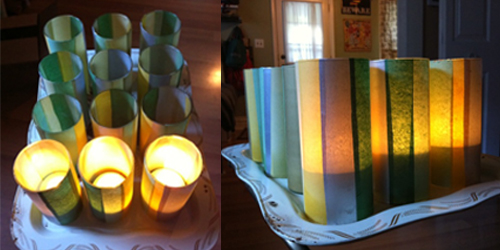 Last fall, I posted a tutorial on how to make the candle luminaries that will be part of my wedding centerpieces. They were inspired by a scene from the latest season of Mad Men, but at the time I wrote that post, shortly after the episode aired, I couldn’t find a picture anywhere online.

The scene took place at a Playboy Club in the mid-1960s. The tables in the club had these amazing luminaries with Mondrian-esque style, featuring the iconic Playboy logo. After recently re-watching the Mad Men episode, I decided to hit the internet once again to find a picture of the elusive luminary to share. I’m glad I found posts at Esquire and Eater featuring pictures of the Playboy Club scene. Click these links for more pictures of the luminaries. 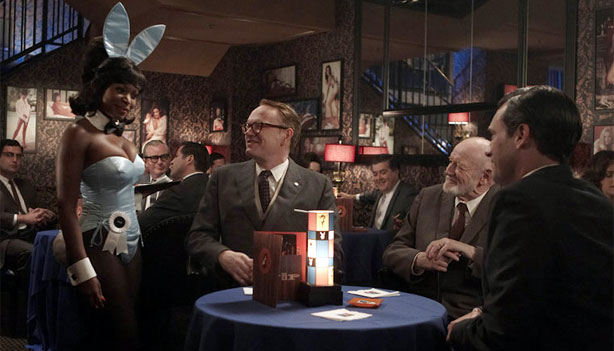 Pic via Esquire (Thanks, Fair Use!)