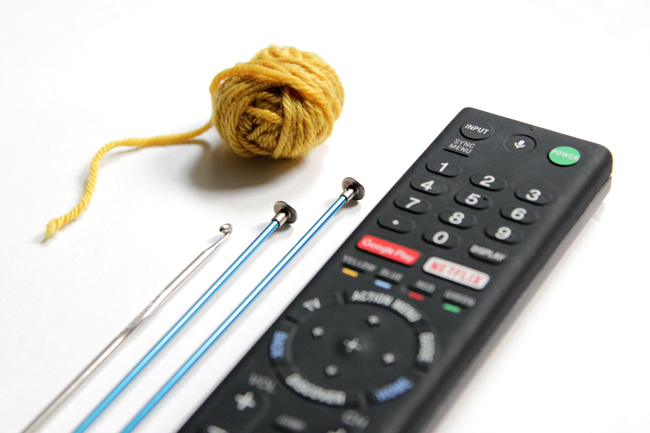 Who among us doesn’t love a good marathon knitting & crochet session? A theme we come back to again and again in the Read Along Knit Along chats on Instagram & Ravelry is how much we all love something good to pair with long sessions of knitting. Knitflix as a concept isn’t news. After a Boston Globe article entitled Netflix and chill? More like Netflix and knit went viral in the knitting community last year (because of course it did), we all realized the rest of the world finally knew about what young knitters get up to… whenever we possibly can. ;)

First off, let’s explain Knitflix as a concept, just so we’re on the same page. Here’s how The Boston Globe explains it:

“Netflix and Chill” — the millennial offer to come on over and, uh, cuddle — might still reign supreme in the pantheon of TV-related extra-curriculars. But, laugh if you want to, “Netflix-and-Knit” — or Knitflixing, as it’s sometimes called — is no small thing.

While I’m not normally a fan of the M-word, I’m going to have to use it today. A lot of the folks knitting and binge-watching are Millennials, which seems to be the crux of what folks find so fascinating about the whole Knitflix situation. The Boston Globe article says it best:

Attempting to understand the habits of millennials can be a head-scratching endeavor […] But with the rise of such streaming video services as Netflix, Hulu, and Amazon — coupled with the growing interest in DIY crafting among young adults — binge-knitting represents a logical development.

If the knitting groups of recent years brought a social element to stitching, then Netflix and knit is all about a good, old-fashioned solitary knitting session.

As a Millennial knitter who also happens to be a massive introvert, Knitflix has been my creative jam since the turn of the century. Binge watching-while-knitting my way through all three of my Netflix discs in 36 hours was something that I did automatically by age 15. (Geez, that means I’ve been Knitflixing for a full 50% of my life!) I labor under no delusion that I’m alone. 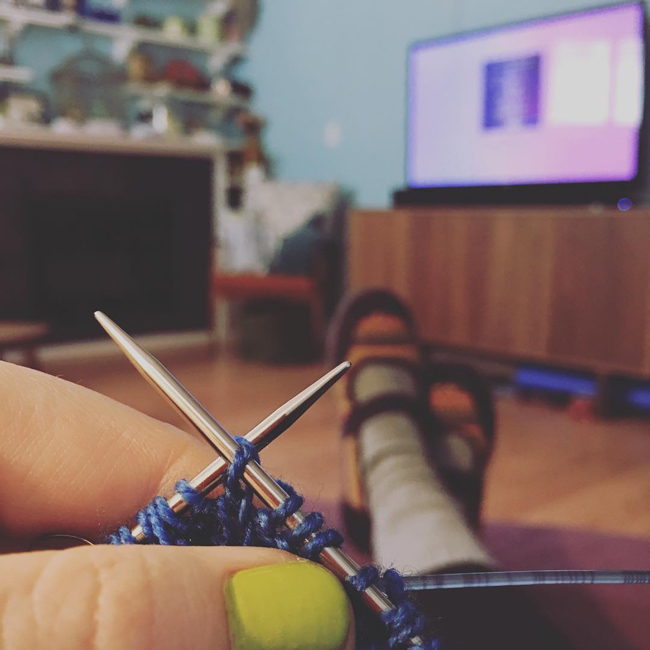 With all of the above for context, let’s talk about what Knitflix is going to look like on Hands Occupied. My initial vision is that this will be a series of posts dedicated to sharing some of the best binge-worthy shows & movies especially for knitters and crocheters. (I’ll also share some special installments featuring audiobooks & podcasts since I know many of you are into listening & knitting too!) As with all bloggy things, it’s likely to evolve, but that’s where we’ll start.

Look for the first non-introductory Knitflix post next week! I’ve got some ideas lined up for that one, but I need to hear from you! Let me know if you’ve spotted any knit or crochet on a favorite TV show, in a new or new-to-you movie, in a book, or even in a podcast. While I Knitflix a lot, I can’t watch everything – I’m counting on you guys to help inspire more installments of this blog series! To make suggesting your favorite thing easier, I’ve put together this survey that you can fill out as many times as you like. 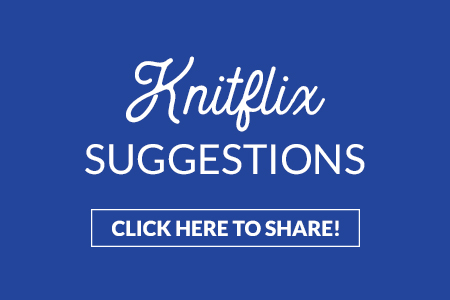 PS: Hands Occupied is in no way affiliated with Netflix. This is not a sponsored post.