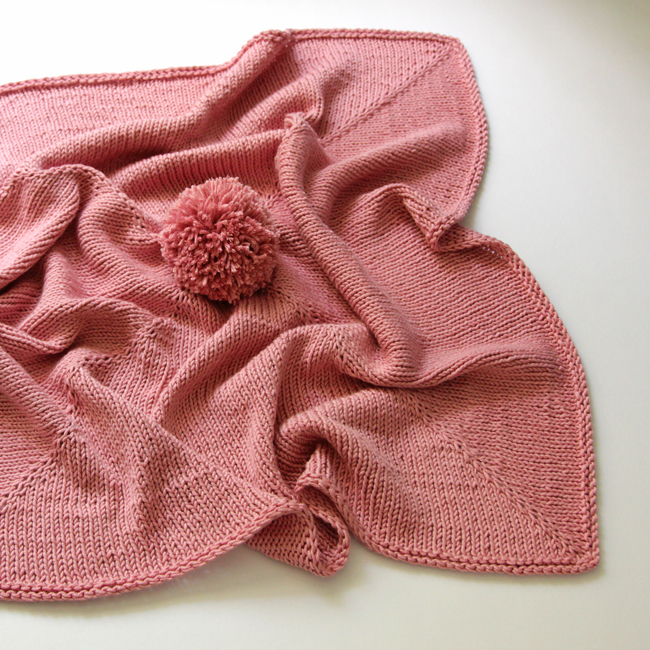 Parlez-vous pom pom? When it comes to this mini blanket, “le pom” says it all – the pom! This wee blanket is so adorable, quick and easy to make. You’ll find yourself cranking out a bunch of these for baby shower gifts galore! The center-out construction comes together quickly, and is not unlike shawl knitting, which is totally addictive. This is one of those patterns you can toss in your bag to work on at the beach or out at the movies, plus it only takes 2 skeins of cotton yarn so it won’t break your baby gift budget either. Nice when that works out so well, doesn’t it? 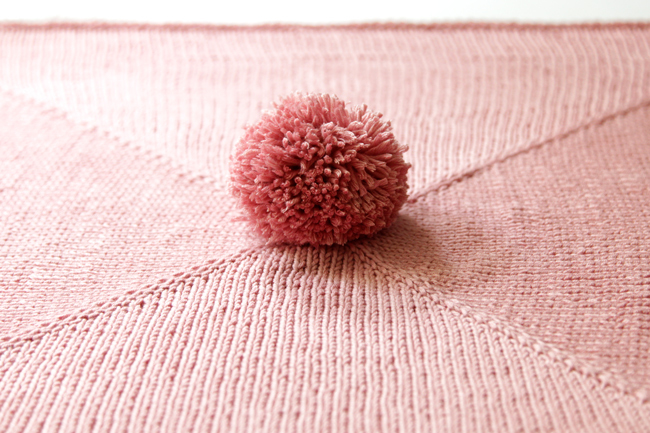 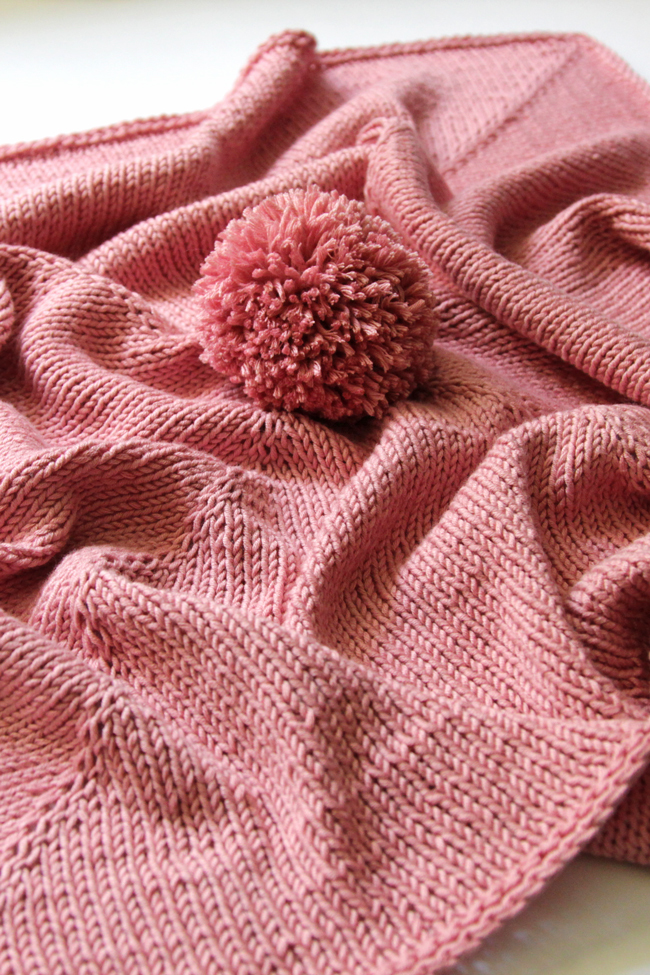 Weave in ends and wet block, pinning blanket at ~22.5″ square for best results.

There should be approximately 20-25g of yarn remaining. Make a dense pom pom and sew it to the center of the blanket, weaving in ends. (The pictured pom pom was made with a 65mm pom pom maker.) 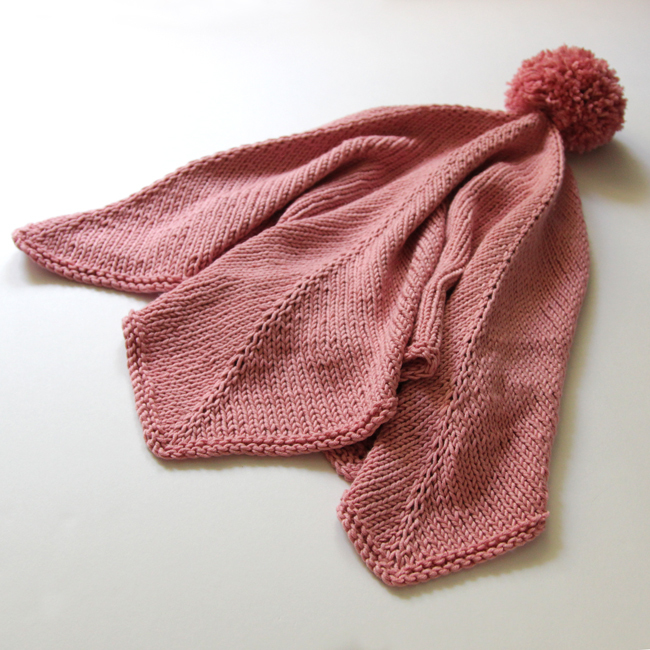 Bonus tip: If you have a teddy bear head laying around, or want to knit or crochet one up in the yarn set aside for the pom pom, totally do it! Instead of attaching the pom pom to the center at the end, just attach your little toy head. Then you’ve got yourself a blanky like the one from The Brave Little Toaster – remember how cute he was? 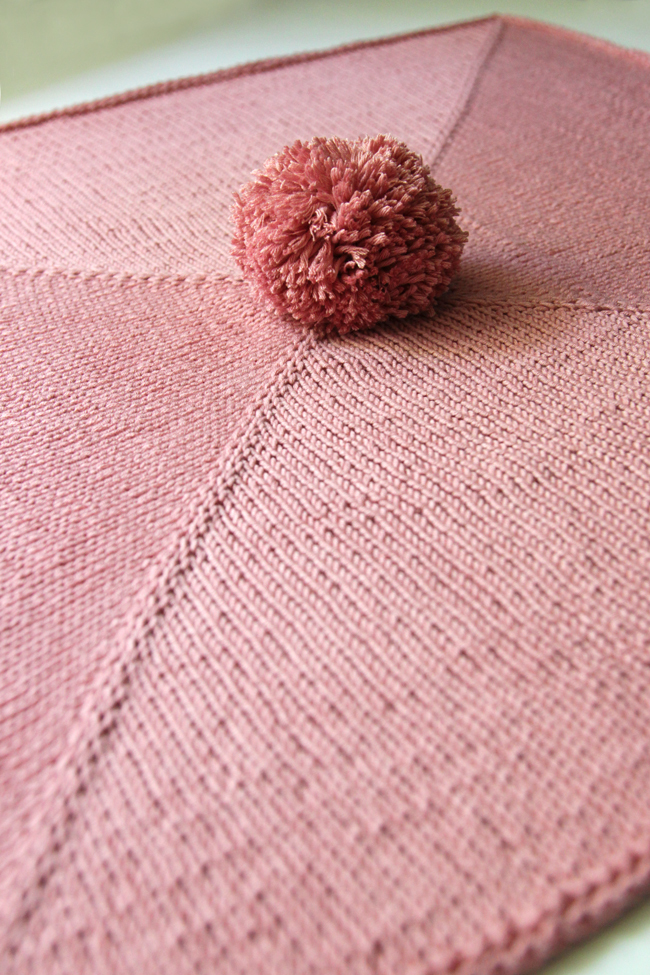 So close to the { big, secret project } finish lin

This year is proving to be all about giving things