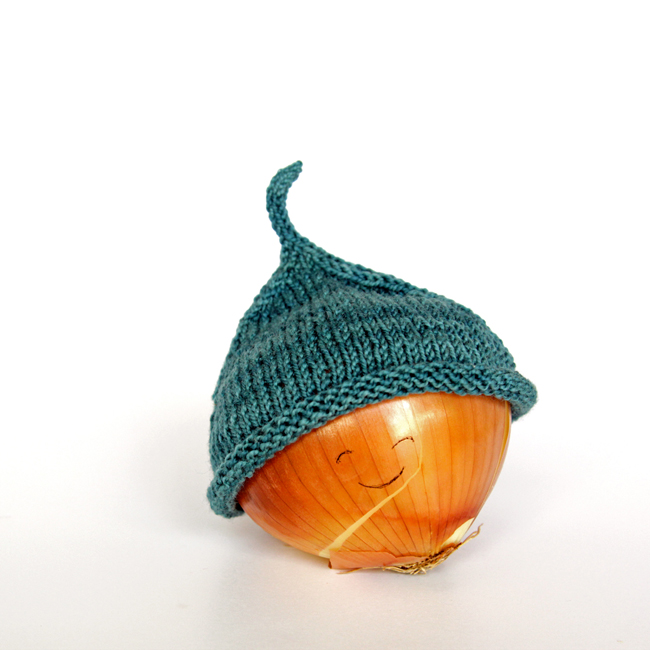 This super simple spring-inspired preemie baby hat is a great way to eat up leftover sock yarn. I was inspired to make this, of course, during the Knit Along as I played around with some test patterns and love its little sprouty top. This hat is super perfect for newborns coming home from the hospital!

I hope my onion model makes you smile, by the way! You’ll have to excuse it subbing in for a real baby, since I don’t have one of those lying around to use for photos. I think onion baby is so cute, and the only crying I have to worry about is if I cook with it. ;) 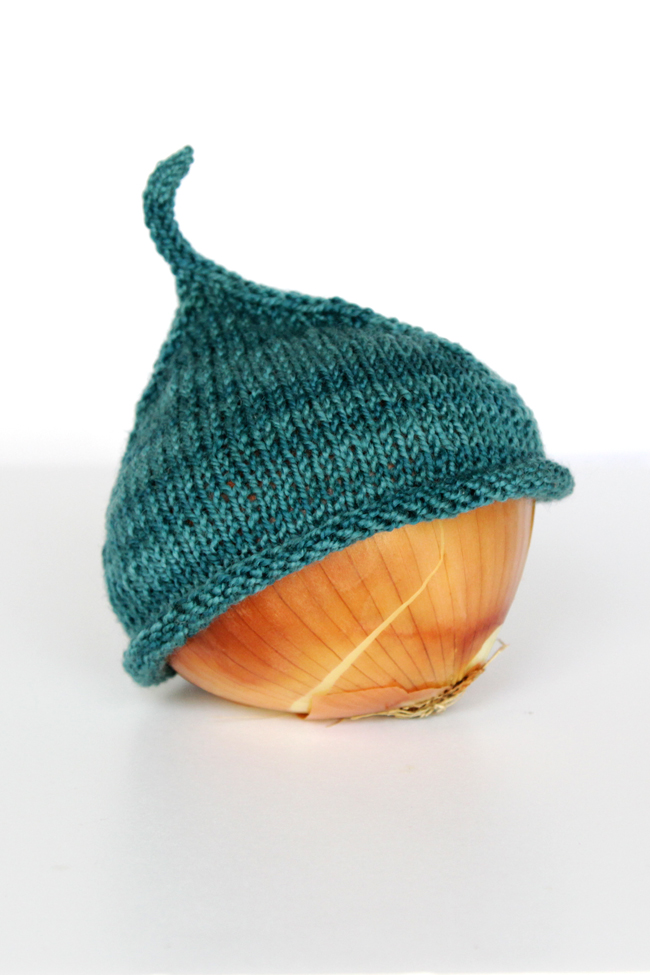 Shh! Onion baby rolled over to get some sleep!

(Note: this a preemie-sized hat as written. You can cast on any multiple of 4 sts if you’re hoping to size up. See this comment for more information on sizing up.)

the sprout
k around the 4 remaining sts until it’s as long as you’d like the sprout to be. Break yarn, draw tail through and weave in ends to finish. 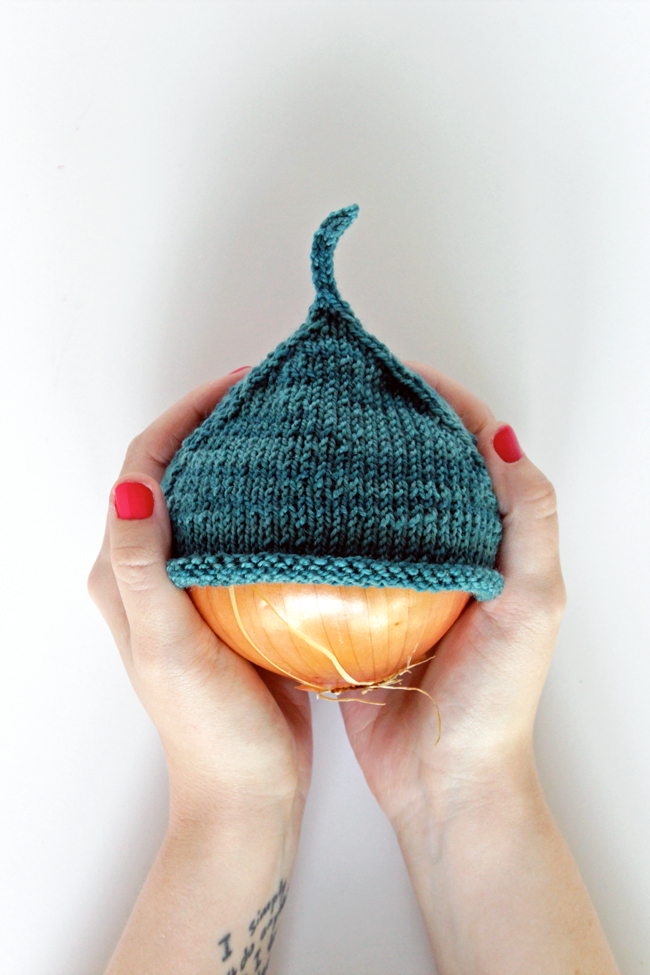 In case you’re looking for something to pin, this pic’s got a label saying it’s a pattern and not just a random picture of a sleeping onion. 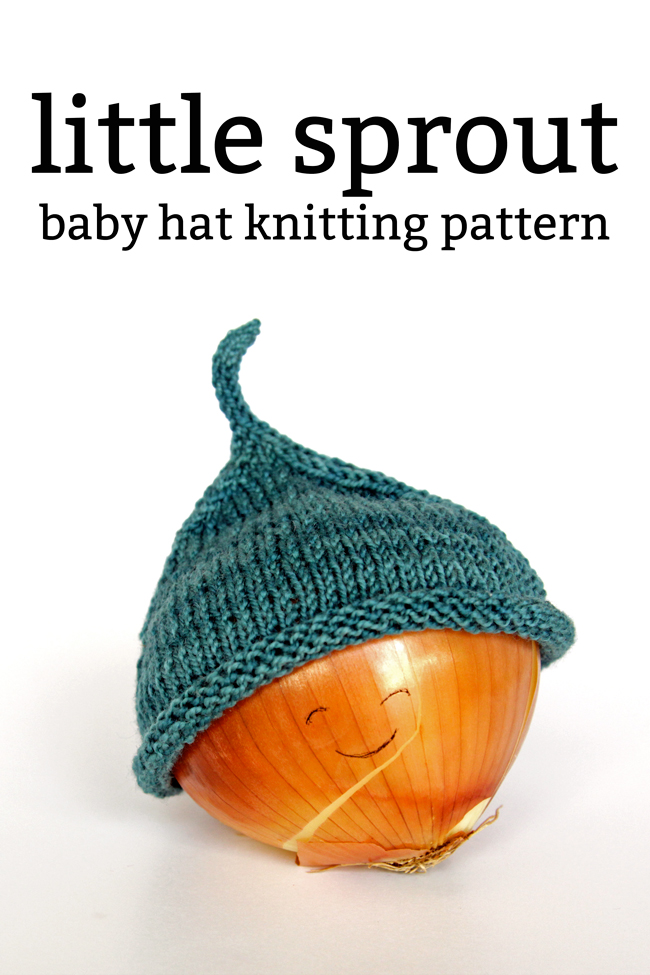