For this week’s installment of My Familyâ€™s Crafts, I wanted to share something by my paternal grandmother. For those of you who missed weeks one and two of the series:

I come from a family that includes woodworkers, wine-makers, knitters, crocheters, quilters, embroiderers, cooks, farmers, gardeners, bakers and Iâ€™m sure more. None of them crafted for a living. They always used these talents as a creative outlet, a way to pass the time, or even a way to save money.

My grandma embroidered this and gave it to my dad for a Christmas present when he was in college, ca. 1978. My dad tells me this was around the time he and his father (the wood worker) were really in to bow hunting for deer. As in, use a bow and arrow to shoot your deer rather than a gun. 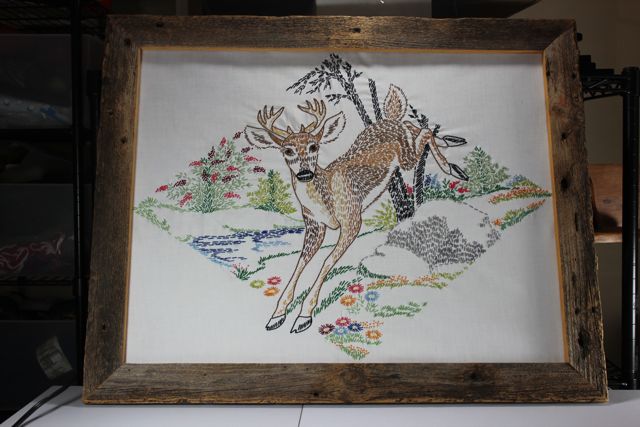 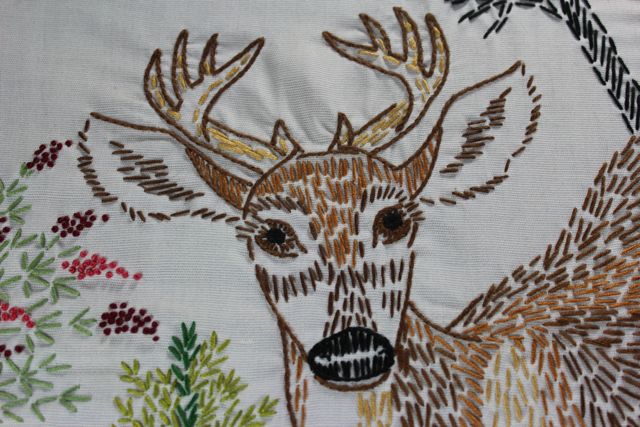 I talked to my grandma this week about this project. First of all, it took her about 2-3 months to complete. This was around the time she had stopped helping my grandpa in the field on their farm, and since my dad and his sister were in college, she had more time to work on projects like these. My grandma always has “something laying around” to work on when she gets the chance. 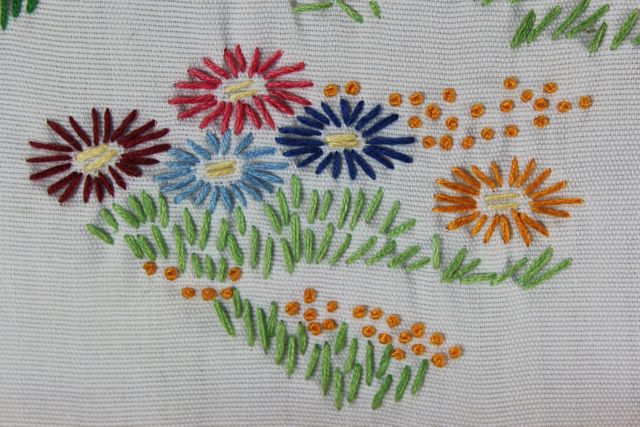 My grandma explained that she used to get farming catalogs that included patterns she could order. She would get her patterns in the mail and use an iron to transfer it to the fabric of her choice. Isn’t that cool? I’m so glad I got to talk to her about this project. She said she’s got a few other projects like these that she said she might be able to find. I’m crossing my fingers! 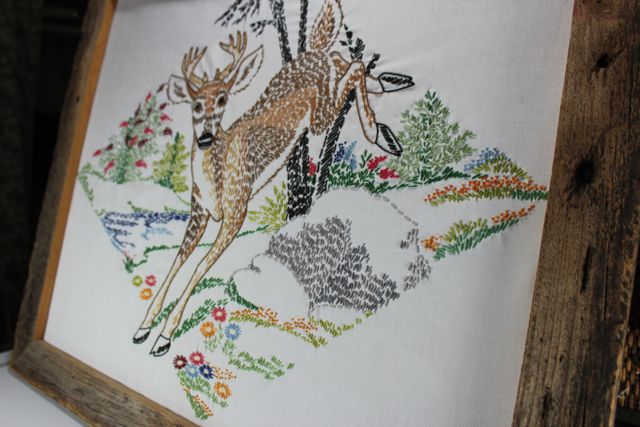 My grandpa made the frame from some wood that was likely once an old farm building of some kind. The weathering of the wood is thanks to decades of harsh Minnesota winters. This type of wood is called barn board.

Turning the picture over, you can see that the embroidery was mounted using thumb tacks and nails, and an old piece of wire was used to hang the picture. 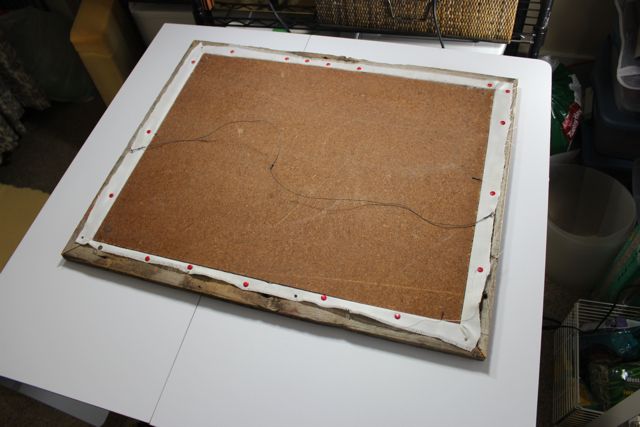 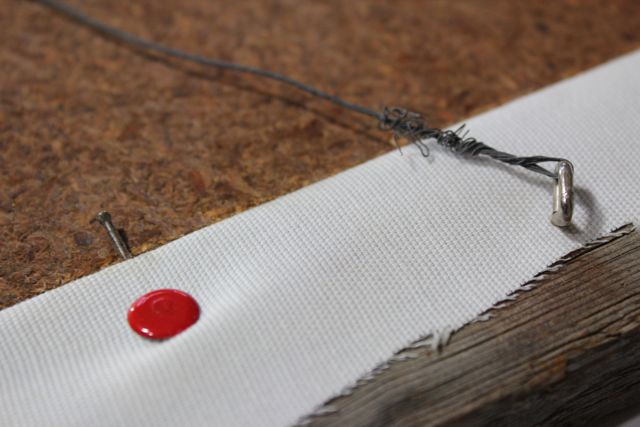 Until my brother recently moved away for college, this picture had been hanging in his bedroom. Now, it hangs in my craft room, reminding me that I need to have my grandma teach me to embroider some day soon.

I drafted this post over the weekend, but it looks like one of the Craft contributors and I are on the same wavelength this week. Yesterday, they posted Preserving Vintage Embroidery Patterns, which included a picture of a transfer not unlike the ones my grandma described: 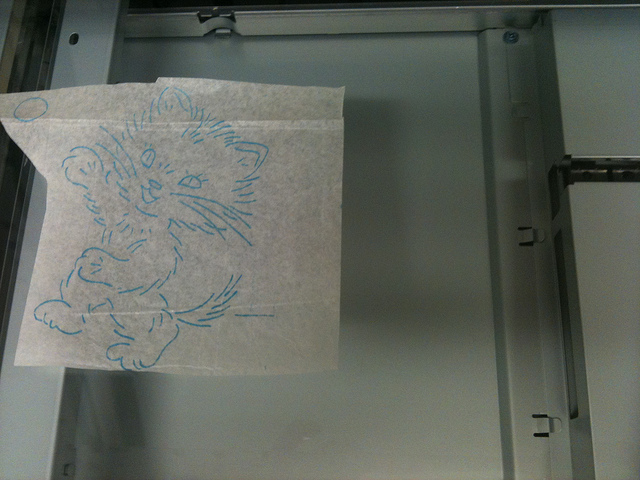