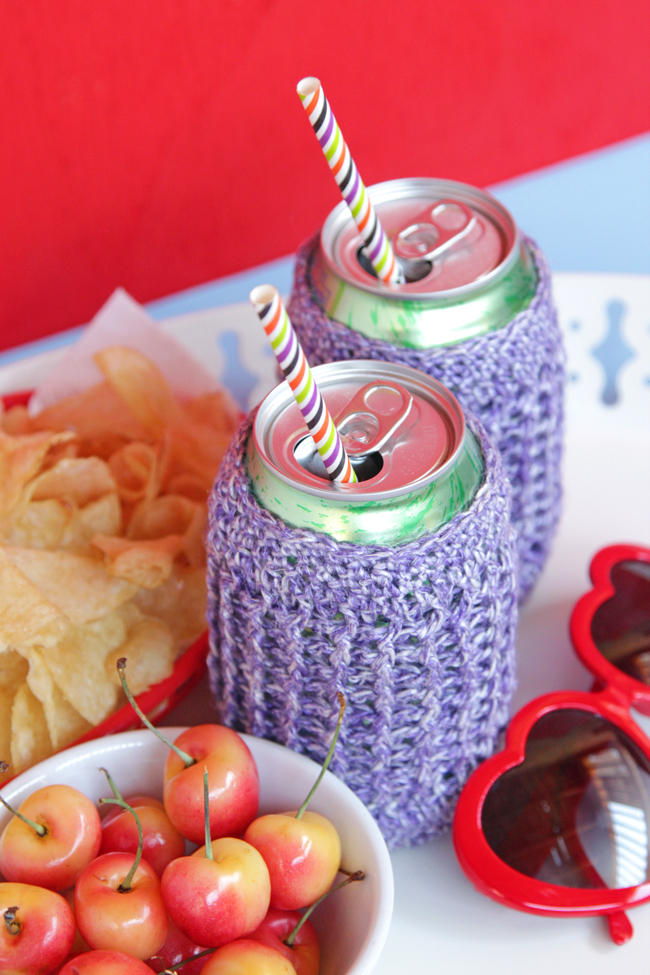 Nothing quite says summer like a can koozie (or cozy depending on your neck of the woods). Whether you love beer or pop (or soda or coke, speaking of regionally-disputed names for things!), you gotta keep that stuff cold to get a real refreshing effect on hot summer days. These little koozies whip right up in no time, so you can take this project from yarn ball to beer koozie before lunchtime on a lazy summer day. 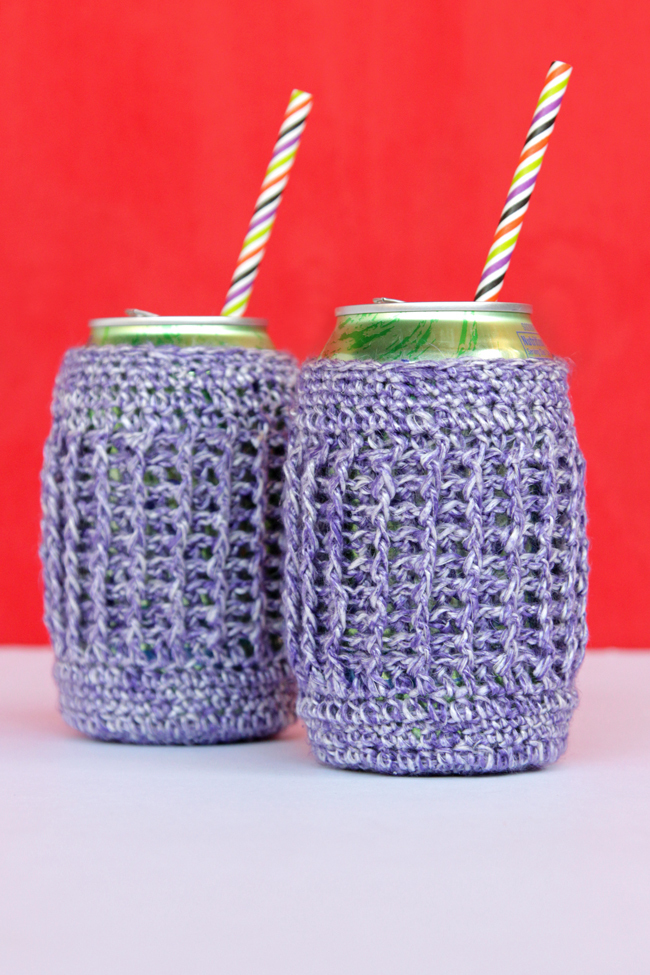 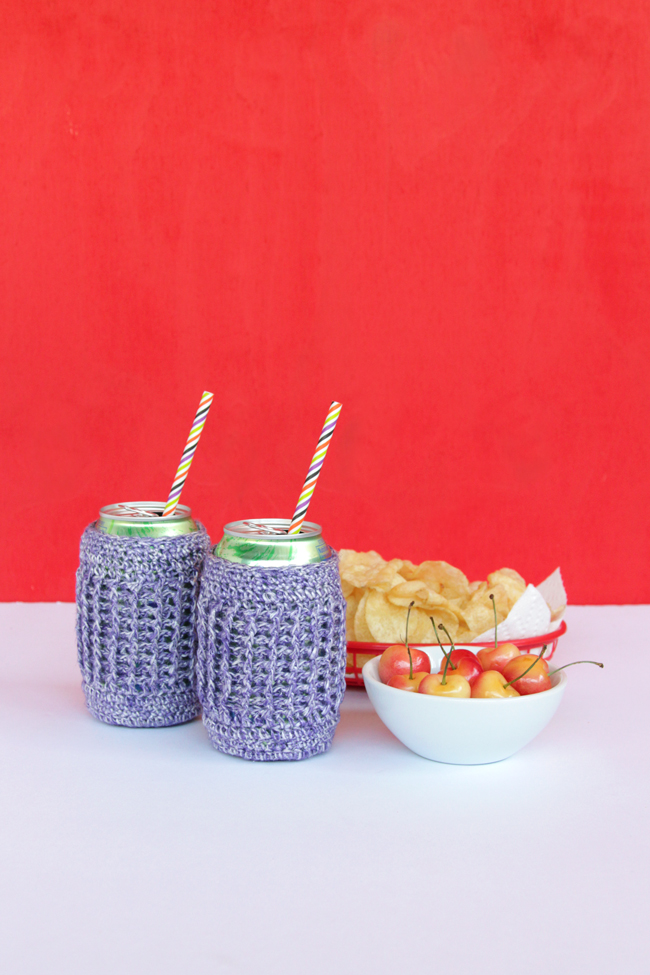 Break yarn and draw tail through to secure. Weave in all ends. 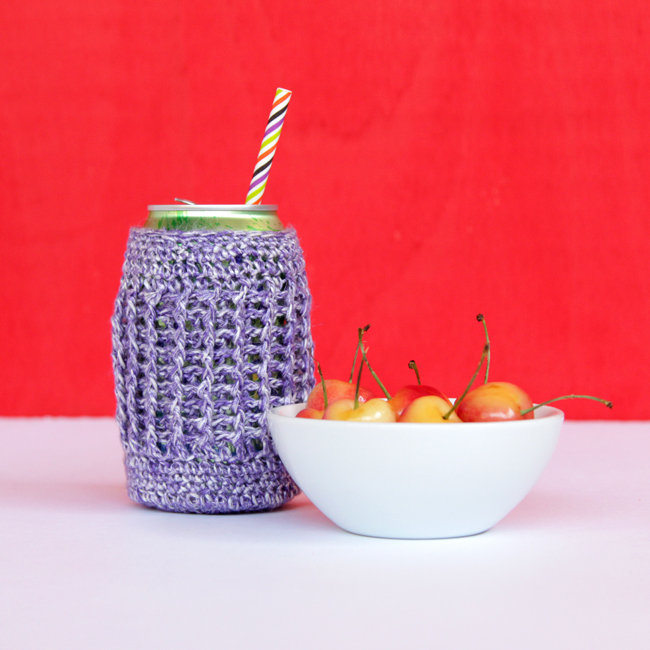 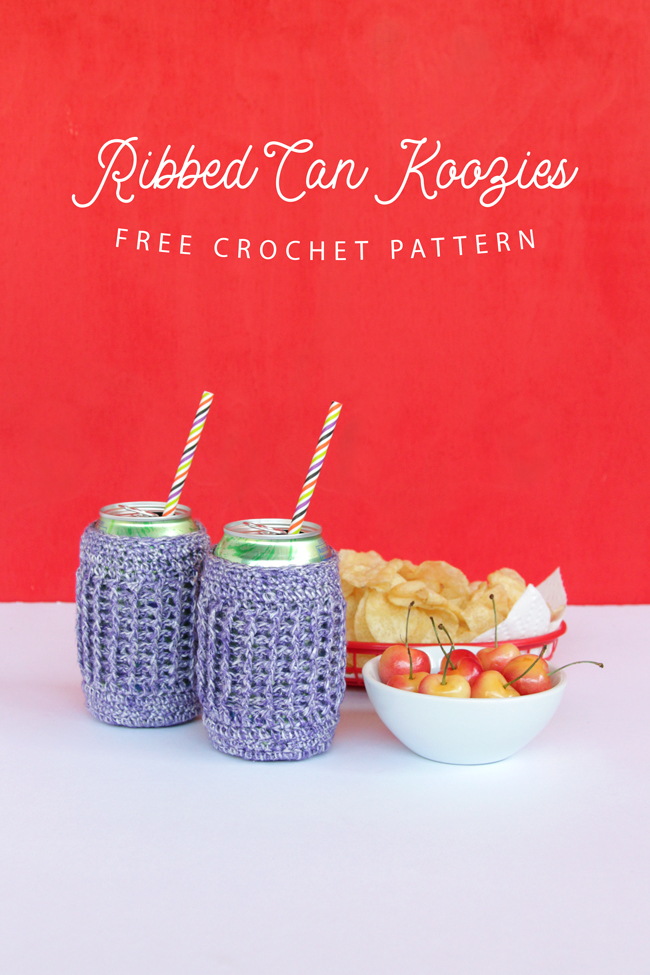