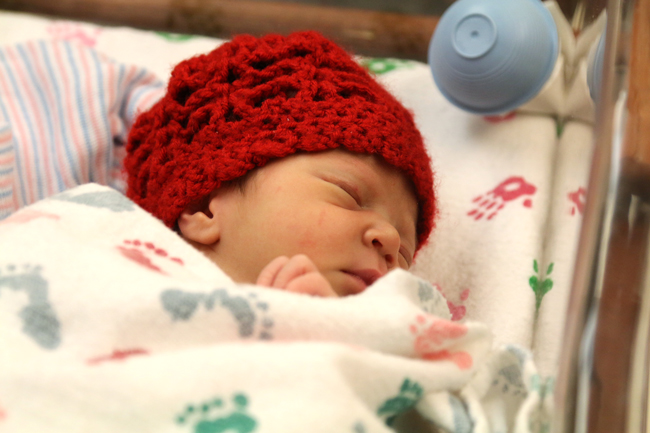 The yarn craft community loves knitting and crocheting for charity projects, particularly at this time of year. The charity knitting project that’s near and dear to me – Little Hats, Big Hearts – has come up with a new way to support the program, above and beyond making and donating hats. 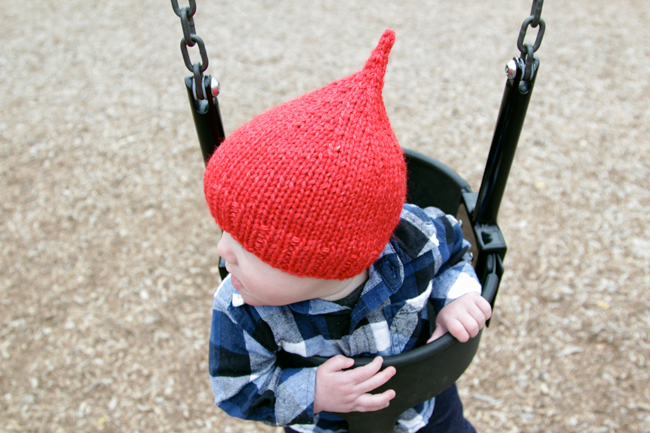 As you might know by now, volunteer knitters and crocheters are making little red hats to be distributed to the babies born at hospitals in February, American Heart Month. The program is called Little Hats, Big Hearts. The goal of the program is to raise awareness about heart disease, the number one killer of Americans, and congenital heart defects, the most common birth defect in the country.

The program started in Chicago in 2013, and that first year the American Heart Association received about 300 hats. In 2014, they received 15,000 hats from knitters in all 50 states and in six countries. It’s grown exponentially, and now Little Hats, Big Hearts has spread from Chicago to hospitals in 35 states.

This year, the AHA is giving people the opportunity to make a financial donation and include a “well wish” that will accompany a hat distributed to a Chicago-area baby in February. It’s a great way to give back during the holiday season, and all the funds raised will support the American Heart Association (the largest funder of pediatric heart research in the country, outside the federal government). The well wish site launches TODAY, Thursday, December 17 at www.heart.org/LittleHatsBigHeartsChicago.

Little Hats, Big Hearts is such an important cause, but it involves more than simply making hats. The thousands of adorable little red hats don’t make it onto all those February newborns’ heads by magic. As awesome as it would be for there to be a Santa-style red hat deliverer, there are logistics involved. Think about it – you make a hat (or a dozen) & ship them off to the American Heart Association offices. Then what? Getting the hats organized, laundering them, distributing them to individuals, etc. Not to mention the outreach work it takes to get more yarn crafters on board to start making and keep donating hats each year.

The hat creation is so important and beautiful, but it’s not the whole story. To keep making Little Hats, Big Hearts a reality, consider donating a “well wish”. Not only will you get to include a special message that goes directly to one of the babies receiving a hat, but you’ll be helping keep this program alive. 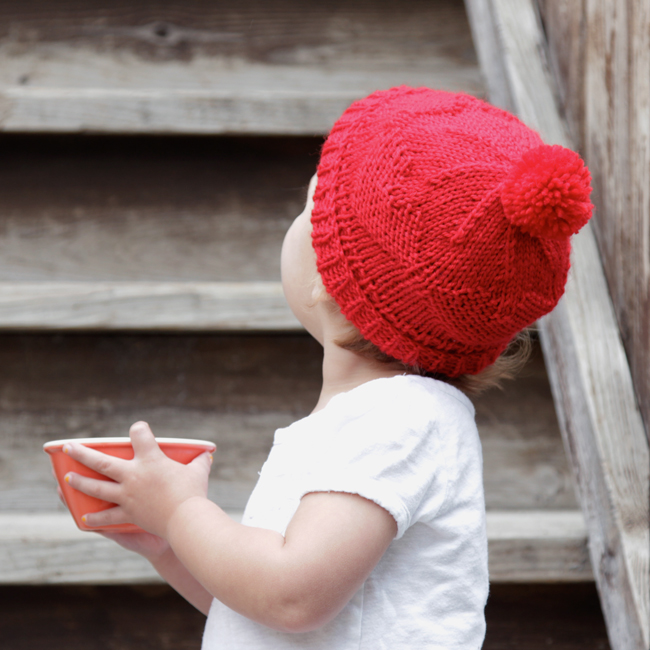 PS: At my knitting guild’s December meeting, this year’s crop of hats for LHBH were gathered and counted, and we collectively made 455 hats! It was so cool seeing them all laid out together – I even spotted hats made with the designs I’ve done for the campaign. All those hats were a sight to behold- and this picture only shows some of what was donated. There were boxes more under the table too! 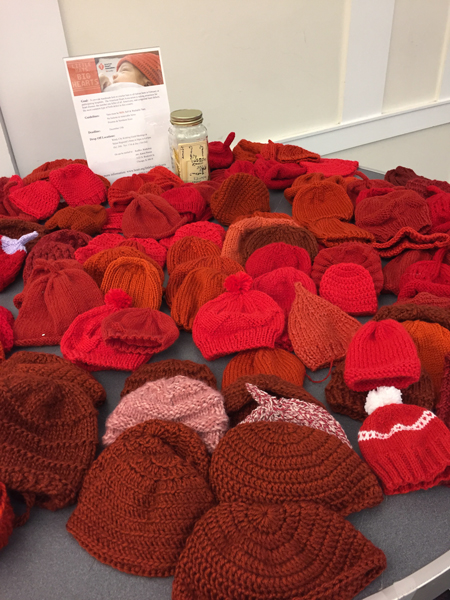