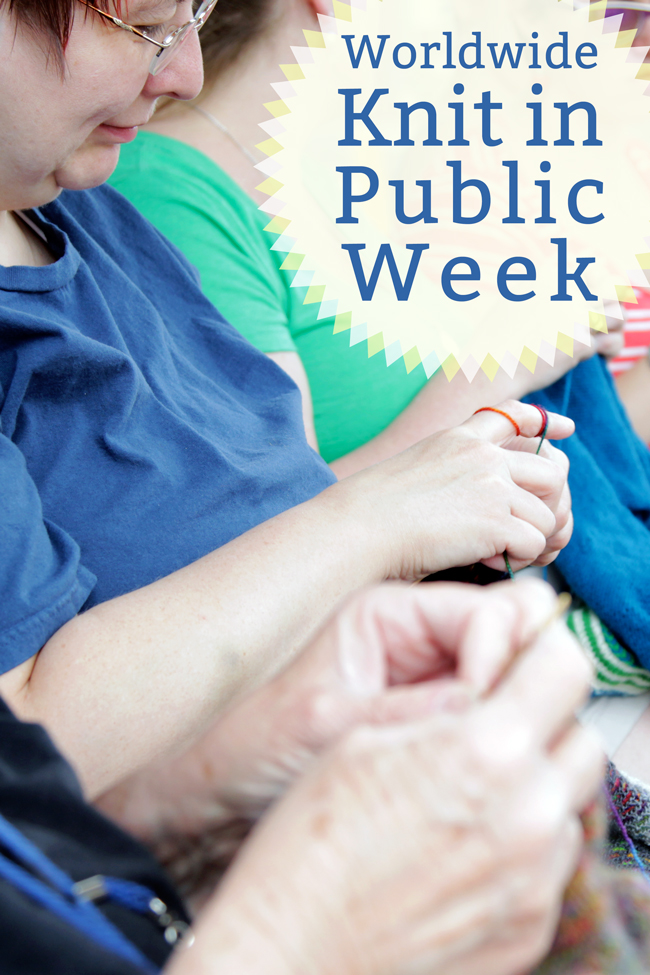 Happy Worldwide Knit in Public Week! Did you even know that was a thing? It’s been around since 2005 and takes place the second Saturday in June. It originated as a single day to bring knitters together, raise awareness for how awesome knitting is as a community building activity, and how widely it’s been adopted by crafters of all ages. 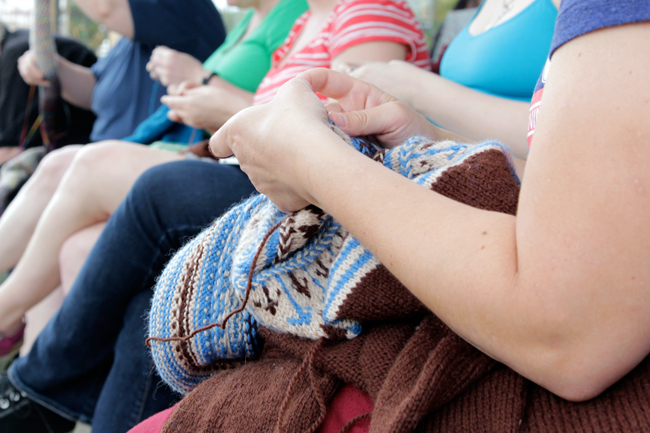 From the Wikipedia entry on WWKIP Day…

Knit in Public Day is unique, in that it’s the largest knitter run event in the world. Each local event is put together by a volunteer or a group of volunteers. They each organize an event because they want to, not because they have to. They bring their own fresh ideas into planning where the event should be held, and what people would like to do. 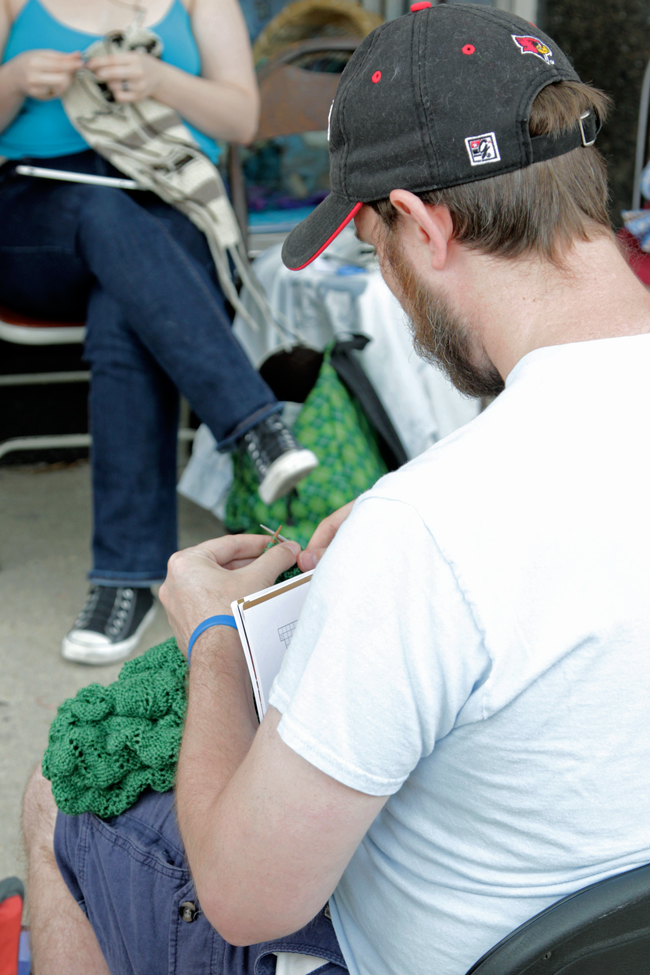 Being a librarian, I worked on the official Knit in Public Day Saturday, but I headed to Chicago’s Sifu Design Studio for their day of public knitting on Sunday. I had a blast making some new friends and getting the rare opportunity to photograph a group of knitters (and a crocheter) all working on projects at the same time! 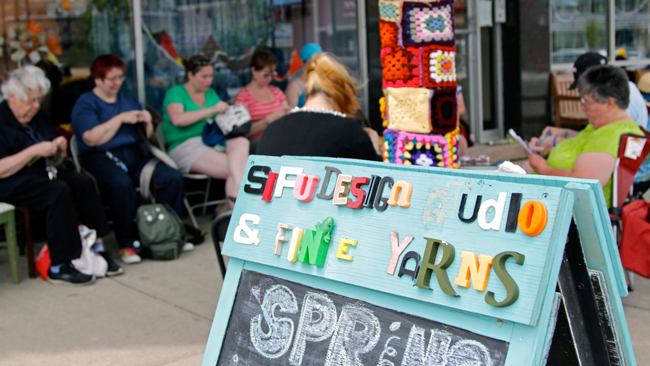 Learn more about WWKIP Week at the official WWKIP Day site (which includes a directory of events worldwide).