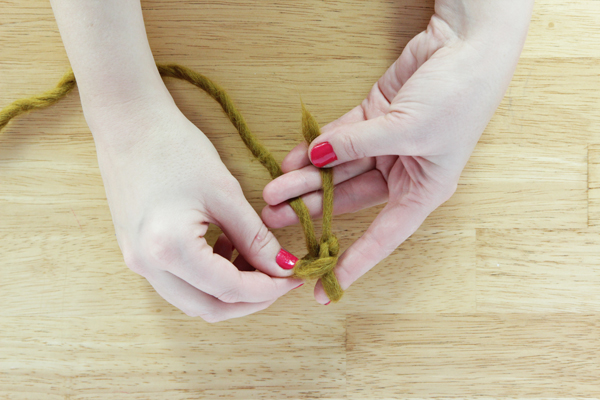 Don’t own a crochet hook or knitting needles? You can still crochet and knit! Lately, arm knitting has become quite the hot topic of discussion, and you can easily knit up a variety of accessories using a loom made of popsicle sticks and recycled paper tubes. A third way to hack knitting that I was particularly fond of as a teen is finger knitting. A group of friends and I actually started a project at one point in middle school to see if we could work together to make the world’s largest ball of finger knitting. I don’t think we got that far, but our ball of finger knitting was bigger than a basketball and weighed a TON.

How to finger knit

In knitting & crochet terms, finger knitting is basically just making a chain stitch with your fingers instead of using a needle or hook. It’s super simple. This animation shows the full process all together, and you can follow it step by step below that. 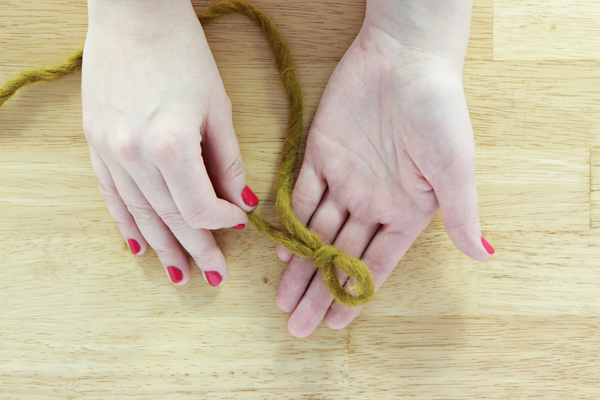 2. Put the loop of the slip knot on one of your pointer fingers. Flip the long tail of your yarn over your finger next to the slip knot loop as shown. 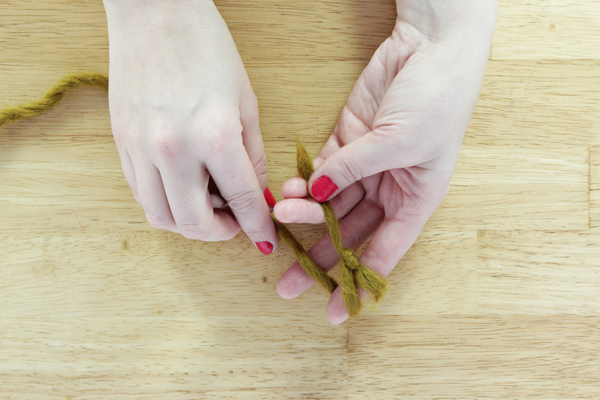 3. Pull the slip knot loop over the yarn next to it…

4. … and pull on the short tail (not crazy hard, though) to tighten. 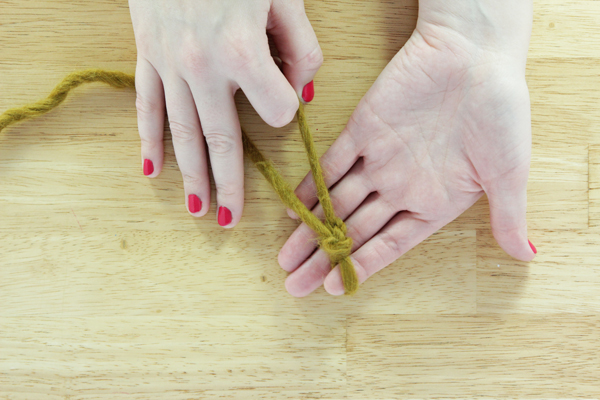 5. Repeat steps 2 through 4 until your finger knitting is as long as you want it to be. 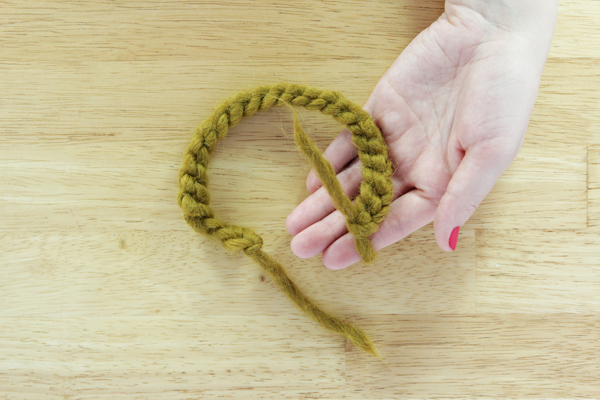 6. Finish by pulling the tail of your yarn through the open loop and tightening to secure. That’s it! 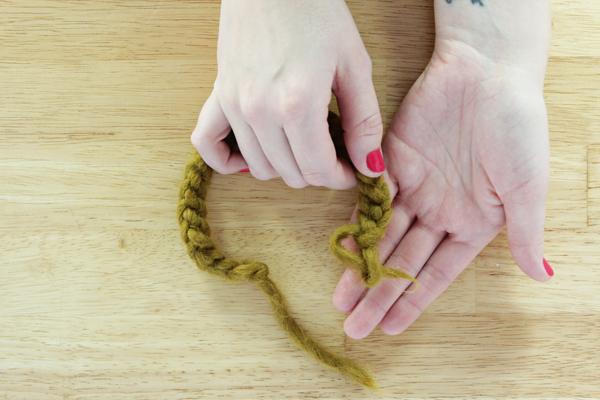 One side of the finger knitting will have little ridges on it, and the other will look like a series of V’s. 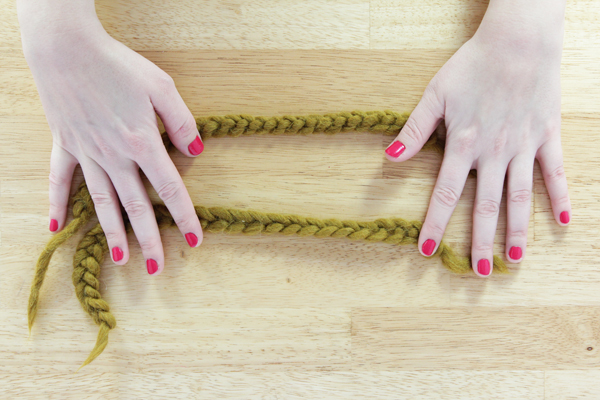 A little story about my Great Grandma and finger knitting

Writing this post just dislodged a memory of my Great Grandmother, who was an amazing knitter who lived from 1900 to 2002, when I was 14. During my ill-fated world record finger knitting attempt, when she was just about 100, I remember bringing some finger knitting on a visit to her house. I showed her what I was working on and she said of course she knew about finger knitting, though she didn’t call it that. She used to make lengths of finger knitting to tie her children’s mittens together inside their winter jackets so they didn’t loose them in the snow.

Ironically, the one finished piece of knitting I have of my great grandma’s is a single mitten my grandpa James, her youngest son, managed to loose the other of almost immediately when he was as little boy. Here’s that mitten, which I hear she whipped up in just an hour or two, colorwork and all! Based on the size of the mitten and my grandpa’s birth year of 1928, this little guy was probably knitted in the mid-1930s. This was probably knitted on a set of heavy double pointed metal needles in about a size 2, if I had to guess. Isn’t that amazing?! 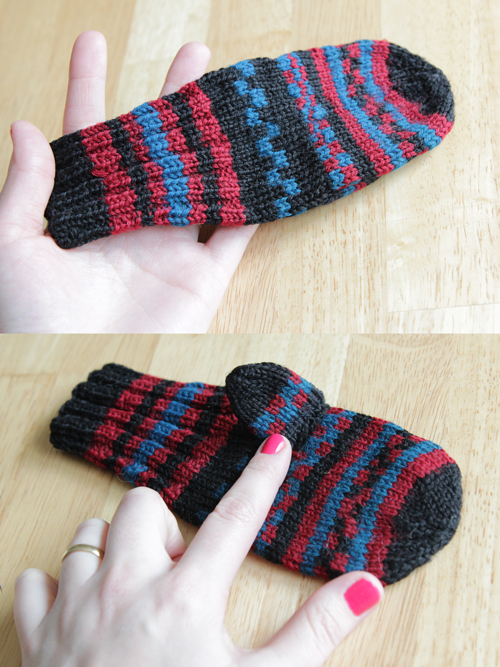