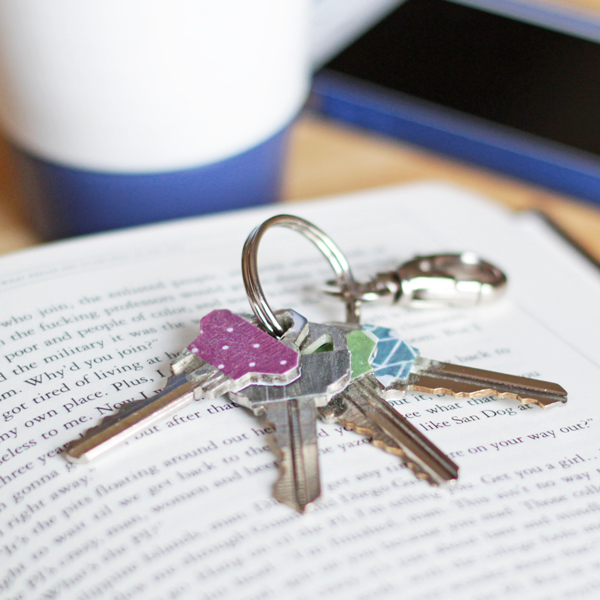 I first tried Glow-in-the-Dark Mod Podge for Halloween last fall thinking I’d make some fun holiday decor with it. But then I realized there might be some practical uses for it. In the same vein of my GITD flask project, these key toppers utilize the glowing properties of the Mod Podge to help you find your keys in the bottom of a deep, dark bag. 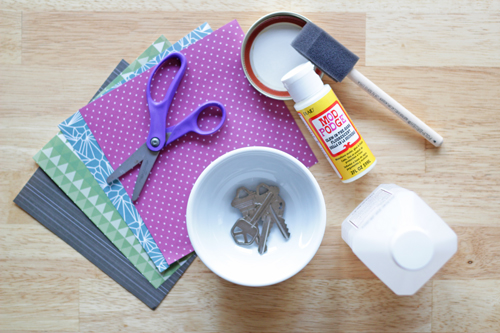 Clean your keys with rubbing alcohol and let dry.

Cut your paper intoÂ strips that are about 3/4 of a centimeter by two inches. Apply a thick layer of Mod Podge to the top of one side of a key with a sponge brush. 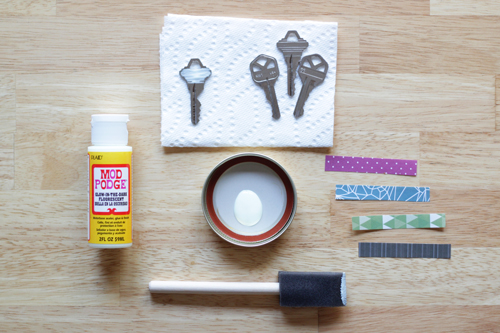 Stick a rectangle of paper onto the Mod Podge, adjusting to keep the hole of the key uncovered. 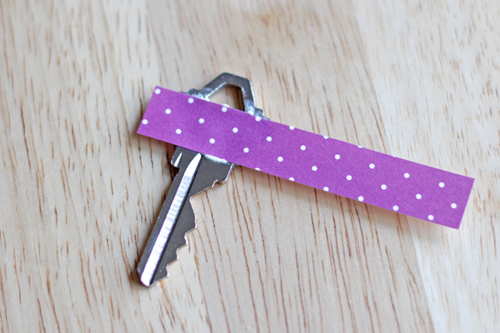 Flip the key & paper over, apply another layer of Mod Podge, and fold the paper in half to cover the back of the key. 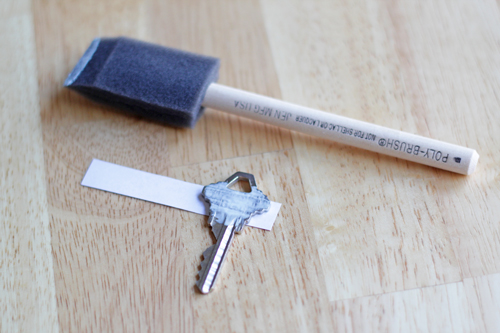 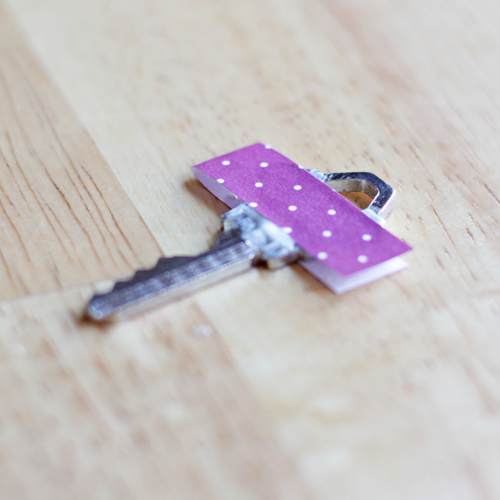 Paint the whole top of the key (both sides) with Mod Podge and let dry. I recommend letting these dry on waxed paper rather than aluminum foil like I did in the pictures, but I was out of the former when I sat down to topper my keys. If you use foil, remember to rotate your keys as they dry so they don’t stick to the foil and get ruined. Believe me, it happens :). 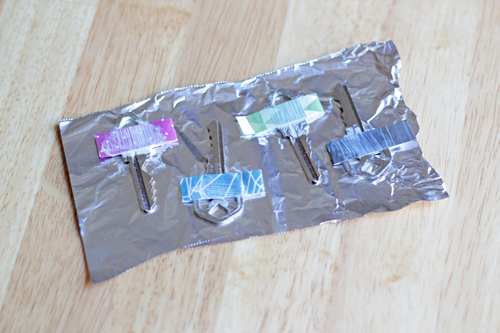 Use an x-acto knife with a fresh blade to carefully cut away the excess paper from each key, as shown. 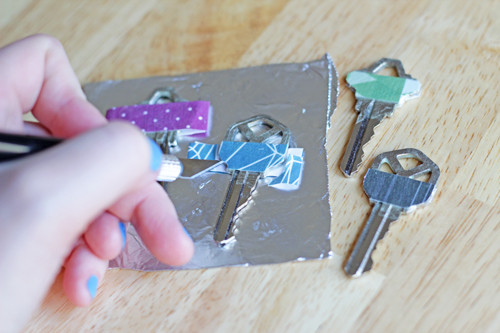 Apply another thick coat of Mod Podge over each key, particularly on the edges of the key to seal the cut edges you just created. When your keys are completely dry, use an acrylic sealant or clear nail polish to seal them. 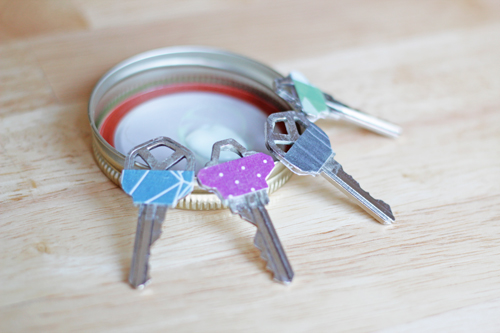 Quick tip about using Glow-in-the-Dark Mod Podge: If you’re finding your keys aren’t glowing enough, set them in the sun for a couple hours to “charge” them. Also, the more GITD Mod Podge you use, the better the glow will be! 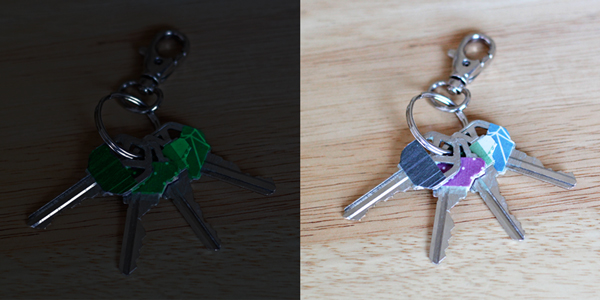 Since there wasn’t enough light to capture the glow-in-the-dark effect in action, the above left image was digitally altered.

Please note: I first posted this project at Mod Podge Rocks in February and thought y’all would like this idea too. Did you know I contribute to Mod Podge Rocks once a month? Check out MPR on Facebook, Pinterest & Twitter for awesome Podgey ideas.