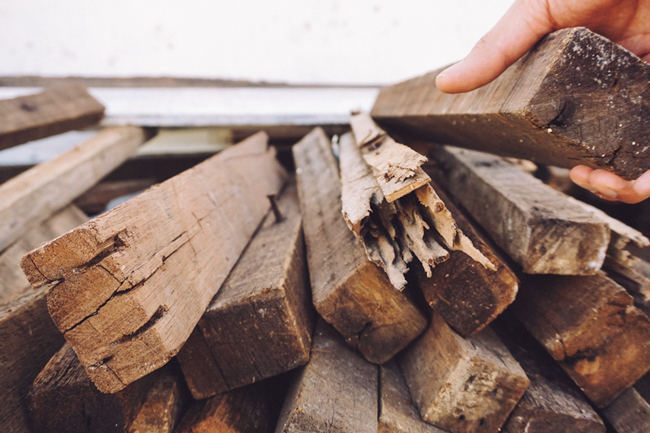 I would be remiss if I didn’t mention something critical to the design process for my most recent pattern, the Delta Hat. The big difference between the Delta and other patterns I’ve released so far is that this one involves notions – buttons, to be precise. I wouldn’t be me, though, without finding some new and special way to put something unique into the design. In the Delta Hat’s case, it’s the button flap, designed with buttons from Balwen Woodworks. This company’s reclaimed tool handle buttons caught my eye immediately. They come in a lot of different shapes, colors and sizes, all due to the fact that they legitimately were the handle of a hammer or a trowel in a previous life. How cool is that?

As you continue to knit away on your Deltas at home, you should take a quick break to get to know the woman behind Balwen Woodworks, Lindy Sinclair. 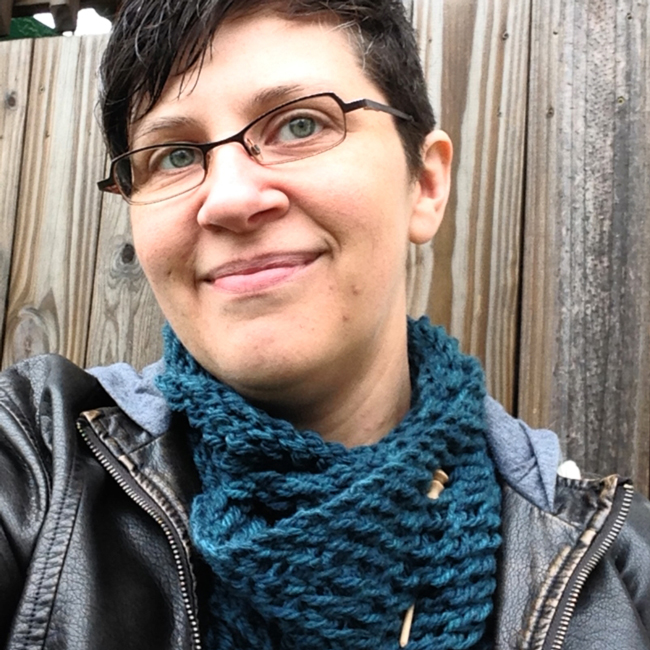 all images via Balwen Woodworks

An interview with Lindy from Balwen Woodworks

How long have you been making buttons?

I’ve been a woodworker off and on for most of my life, helping my dad even as a kid, but didn’t start making buttons until last year. I met a woodworker from Wisconsin who made small desktop coin holders and had a huge box of leftover bits of wood — many of them exotic species or with really lovely color — that I couldn’t stand to see go to waste. I started playing around with what I could make from such small bits, and needed some really small buttons for a cowl I’d just finished knitting. So, buttons!

What inspired you to start your business?

I’ve planned to start my own business for a long time; I’ve intentionally worked for several small companies over the years, trying to learn all I could about running one. I have a deep-seated need to *make* things, and it took me awhile to figure out how to put together a business that let me use both my hands and my brain in the balance that felt right to me. It definitely was a case of a tiny bit of inspiration plus a massive dose of perspiration, figuring that out. I’m really just as interested in the business side as I am in the creative side. But with Balwen I have so many ideas for expansion and new products, along with ways to actually set up and run the business itself, so it feels like the right fit.

You also knit, which came first, the buttons or knitting?

Knitting, by far. I’ve been knitting for almost 15 years, along with a few attempts by my grandmother to teach me crochet when I was little. (I apparently did all right at the time, but it didn’t stick.) I also spin a little bit, but have (so far) managed not to take up weaving. Although I confess that’s probably just a matter of time, as there seems to be lots of lovely wooden tools involved in weaving!

What sort of wood and/or reclaimed item makes a good button? A bad one?

There aren’t any hard and fast rules here. Of course harder woods will stand up to rough handling (not to mention washing) better than soft woods like pine. One of the nice things about working with salvaged items is that I can already see how they wear, or have worn, over time. They’re also less likely to dry out and crack like new wood, so I find fewer unpleasant surprises.

The only things I can think of offhand that might make a bad button or closure would be something very soft, where the wood is already starting to decay, so it will get crumbly. And there are a few wood species that are very oily or tend to bleed their color a bit, like cedar. But those woods are still usable, they just have to be well sealed.

What inspired you to work with reclaimed materials?

Put simply, I hate throwing stuff away, and I’m really bothered by how easy it is to just toss things we’re “done with.” Especially something like wood, which doesn’t exactly grow overnight and can’t be manufactured. Just because a piece of wood is done being one thing, doesn’t mean the wood itself isn’t good any more. In fact, wood tends to get more beautiful with time, as it develops color and patina that you can’t really fake. Not to mention, why pay $50 for a board of cherry wood when I can find a half of a solid cherry wood desk chair in the alley?

I have a box near my workbench full of bits and bobs I just can’t bring myself to put in a garbage can. A lot of my favorite pieces, like the denim jewel closure and the tool handle buttons, came from figuring out ways to use the stuff in that box. Right now there’s a broken leather belt and a bunch of old bass guitar strings in there that I’m working on incorporating into new items. I like the challenge of figuring out what things should be next.