Welcome to the newest section of Hands Occupied, Snack Reviews! After attending the Sweets & Snacks Expo in Chicago this spring, I met all sorts of interesting food companies that cater to my tastes and needs. As a lactose intolerant, hypoglycemic vegetarian (I know, boring/lame), I have to balance my love of potato chips, candy, and baked goods with a diet rich in protein and not overly saturated with sugar or dairy. The vendors at the Candy Expo were really excited to send me snacks, candy, and other food to try considering my special needs. Today’s inaugural snack review is of a product called PB2.

It’s what’s not in PB2 that makes it so good for you. For starters, our special process removes 85% of the fat calories without the chemicals typically used in producing reduced fat foods. Something else you won’t find in PB2 is preservatives. What you will find is natural roasted peanut flavor that’s also available in a rich chocolate variety.

The pluses for me with PB2 are the ability to get a bunch of protein from PB2, without all of the calories. In Weight Watchers points, it’s just one point per serving, unlike traditional peanut butters.

This giveaway has closed. 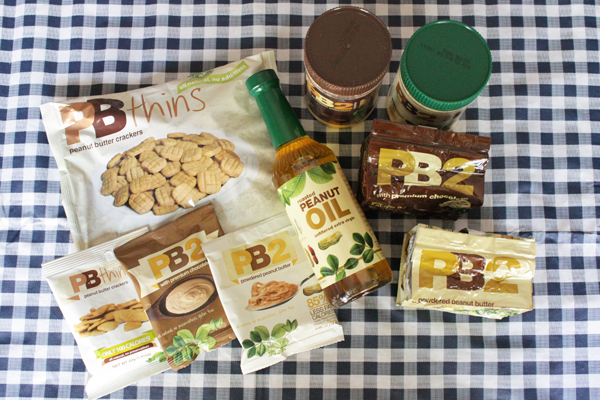 Bell Plantation sent me a box of a TON of samples of PB2, PB thins, their peanut oil, and their chocolate PB2 option. For this review, my panel of reviewers tried the PB thins, regular PB2, and chocolate PB2. My panel for this review consisted of myself (with all of my lovely dietary needs), my cousin Dan, and my husband Ed. Dan is a run-of-the-mill American omnivore, and Ed is a 12-year vegetarian veteran. 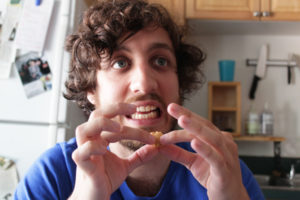 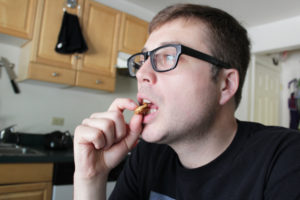 The 3 of us mixed up the powdered PB2’s with water (milk is also an option that people seem to like). As you can see from the photos, the regular PB2 has a granier, thicker texture than the chocolate flavor. All 3 of us agreed that the texture of the chocolate PB2 was a little nicer on the tongue than the regular. Both were tasty, but we felt that some richness of flavor was indeed lost in favor of fewer calories. However! We instantly talked at length about how many things we could make with the PB2 powder. I’ve found a few cool recipe ideas online: 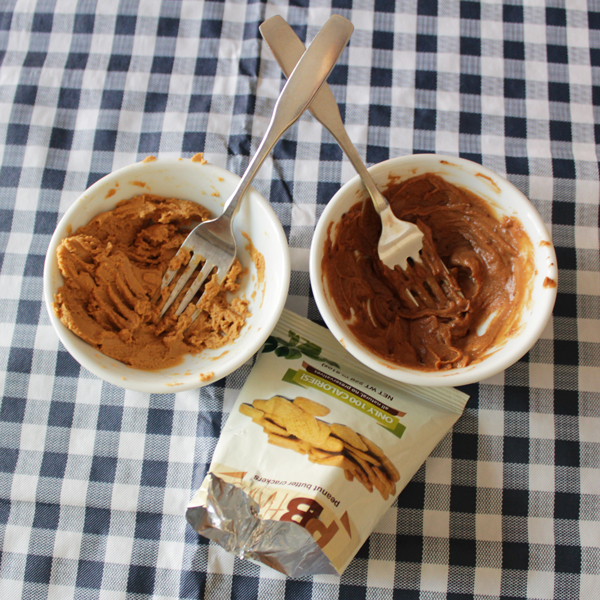 Next, we busted open a pack of the PB thins, which were pretty good for being healthy ;) , and seem like they’d be a great option for me to keep in my car or purse for when my blood sugar tanks on-the-go. All 3 of us liked making little sandwiches with both PB2 flavors and the thins. 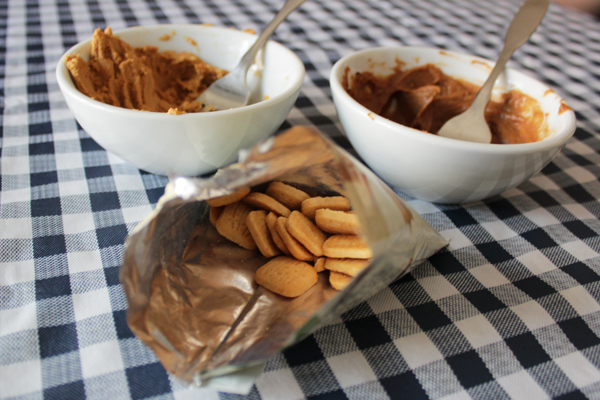 The Verdict, on a scale of Don’t Try It to You HAVE to Try It…

All in all, I’d rank PB brand foods a “try it!”, particularly if you’re veggie, into health food, dieting, or are looking for a healthy snack option for kids. PB’s branding is super chic, and their thins have an adorable peanut motif on them: 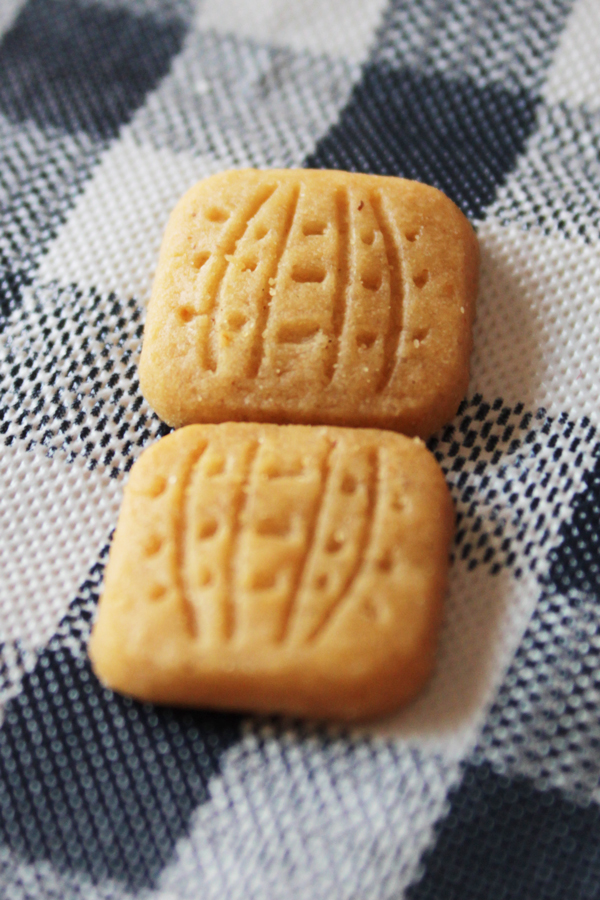 Enough about what I think! Since Bell Plantation so generously sent me tons of PB2, I need to give some away, so you guys can try it on your own. You can enter this giveaway in a number of ways:

Best of luck! Iâ€™ll have this giveaway up through Sunday, July 1.

PS: I have another giveaway going on through June 19. Click here to check it out and leave a comment on that post to enter to win some adorable Chinese lanterns!