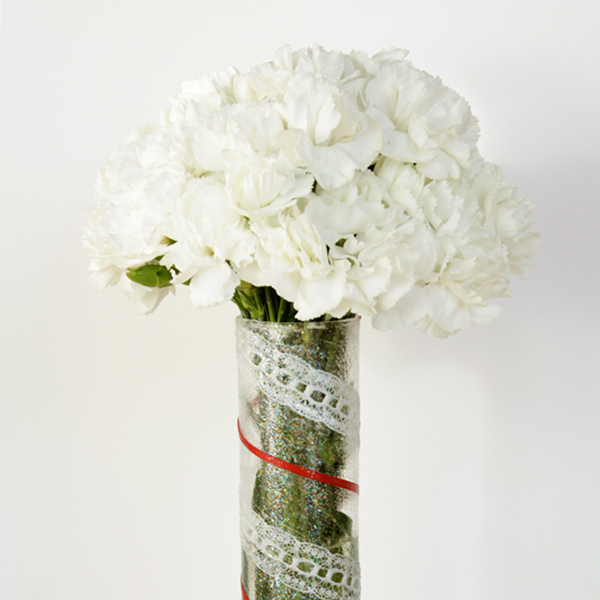 I know it’s early to share a Valentine’s-appropriate DIY, but in the next month-ish, I’ve got tons of ideas to share for Groundhog Day, Valentine’s Day, the Olympics, and – if I’m feeling really inspired – President’s Day & MLK Day! Let’s ease into early Valentine’s day crafting with a vase that can be done without holiday colors if you wish.

Clean and dry your vase before applying a thick layer of Mod Podge all over the outside. 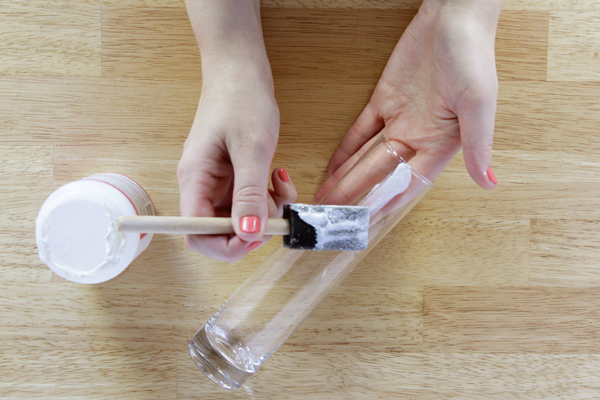 Next, cut one of your ribbons at an angle and place it flush with the top edge of the Podged vase. 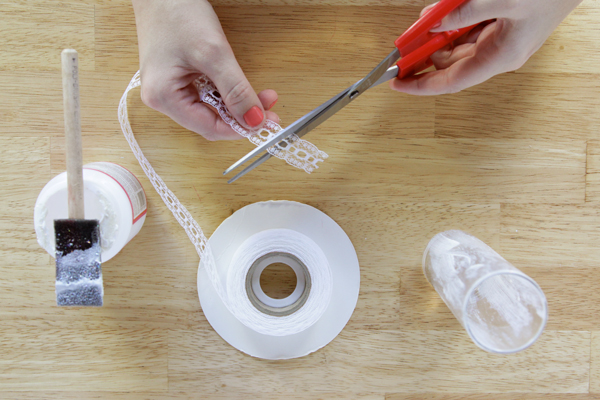 Wrap the ribbon in a spiral down the length of the vase, and trim the bottom at an angle, then press it flush with the bottom edge of the vase. I got about 3-4 wraps around the vase with my first, thicker ribbon. 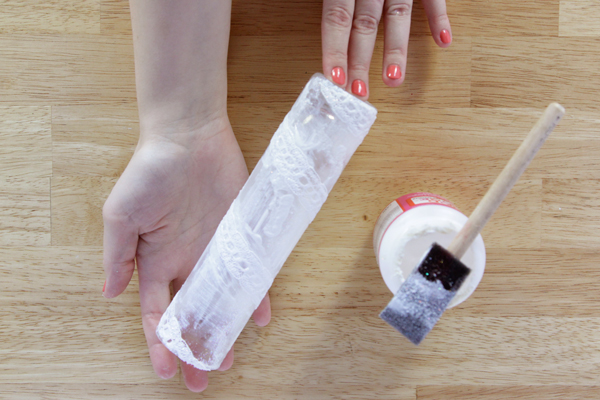 Repeat the angle trimming and spiral application with your second ribbon, making sure it’s parallel to the first ribbon all the way down. 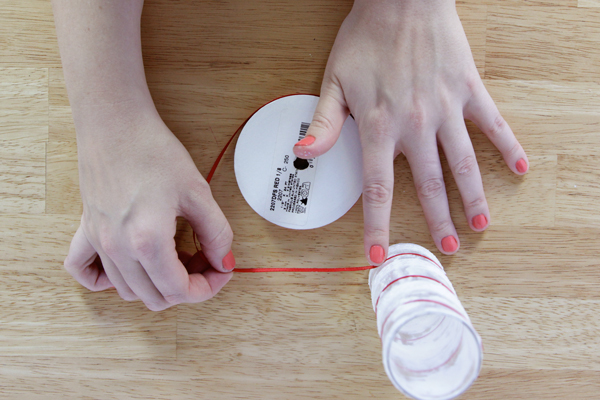 When all the ribbon you want is in place, paint over the outside of it all with another layer of Mod Podge. Since I used the sparkley Mod Podge, there’s no need to worry about Mod Podge making the glass look cloudy when the project dries. The Podge dries clear and the glitter covering the whole vase leaves a nice look! 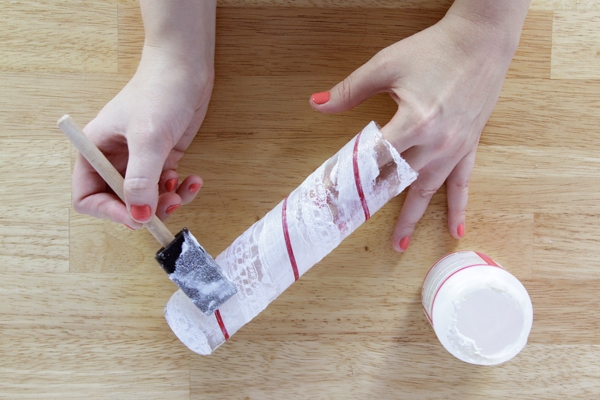 When your vase has dried, you can fill this however you like. An easy floral arrangement trick I learned at a library program years ago is twofold: save money by buying carnations, and pack ’em in tight! The vase I used for this DIY is about 1.5 inches in diameter and about 10 inches tall. All I had to do to get this nice arrangement was place the flowers, one at a time, into my fist, placing each in the natural openings that formed between flower heads, until I used the whole bouquet. Then, I just trimmed the stems so the whole arrangement fit into the vase with all stems reaching approximately the same depth so they can get water-  super easy! 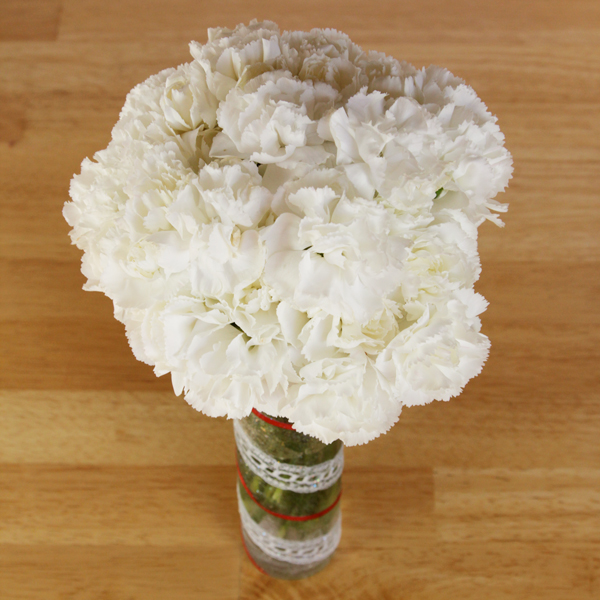 I don’t know what possessed me to shoot this vase on a white background! Between the carnations and the ribbon, has a lot of white going on, so I photoshopped this weeeeird (but I kind of love it in an odd way) background onto this shot to give you a better idea of how this vase looks. Why didn’t I just toss in a purple piece of fabric for a backdrop? I blame Christmas stress madness. 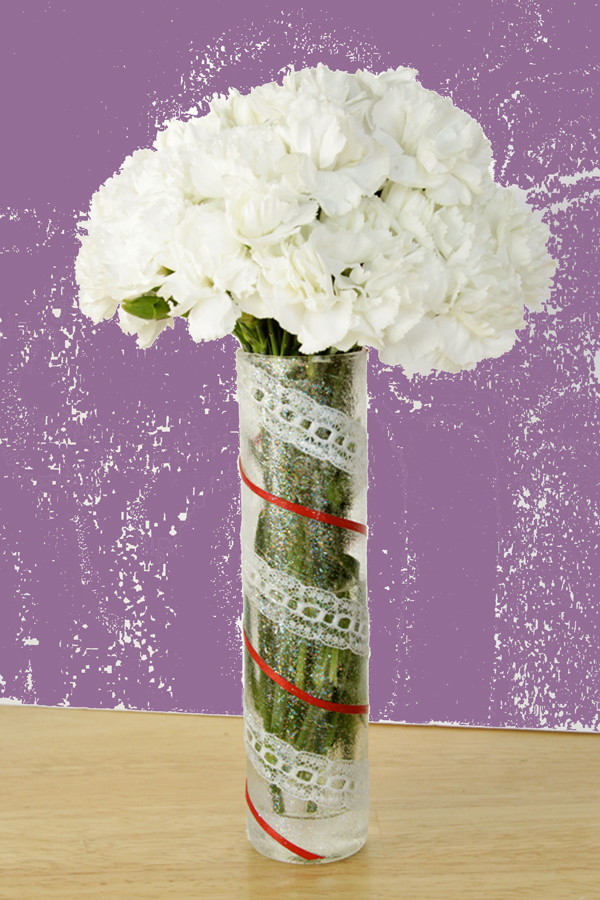