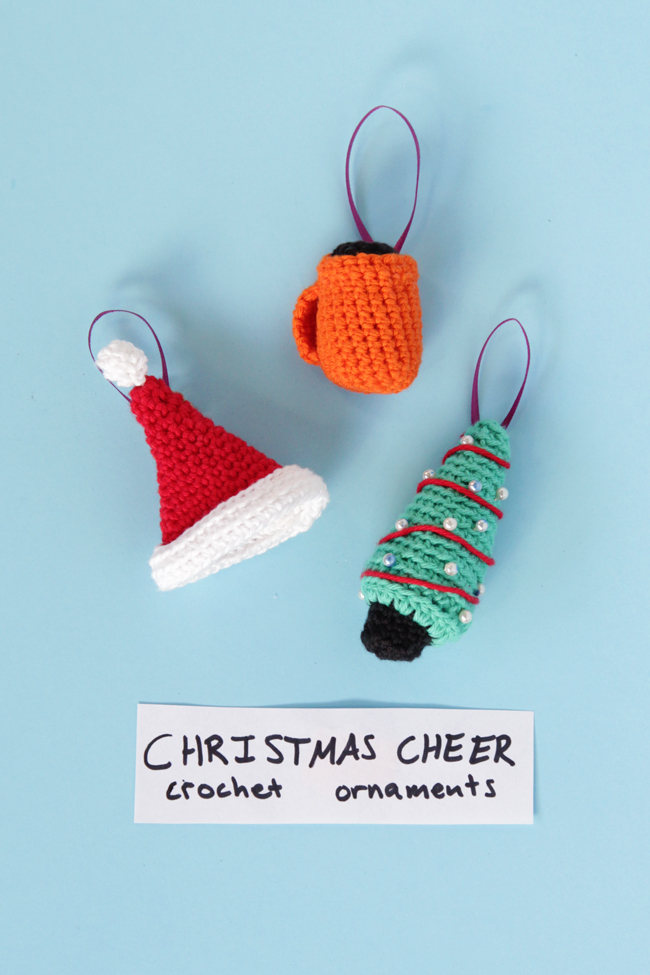 Christmas comes but once a year, let’s celebrate with some yarn-filled cheer! Today’s ornaments are all about celebrating the season, with an amigurumi mug (a cup of cheer! Get it?), an adorable Christmas tree, and a jaunty Santa hat ornament. Later this week, I’ll have a roundup featuring all twelve ornaments in this series that has become a seasonal favorite, so for now, I’ll leave you with this final set of patterns, all of which can be hooked up in a single short sitting. Perfect for the last week before Christmas!

Don’t forget – if you’ve made any ornaments in the series this year, you can share them in our Ravelry group or Instagram with #handsoccupiedhohoho.

Get an inexpensive, printable, ad-free PDFs of these patterns here, or you can continue scrolling to find the blog versions of the patterns. 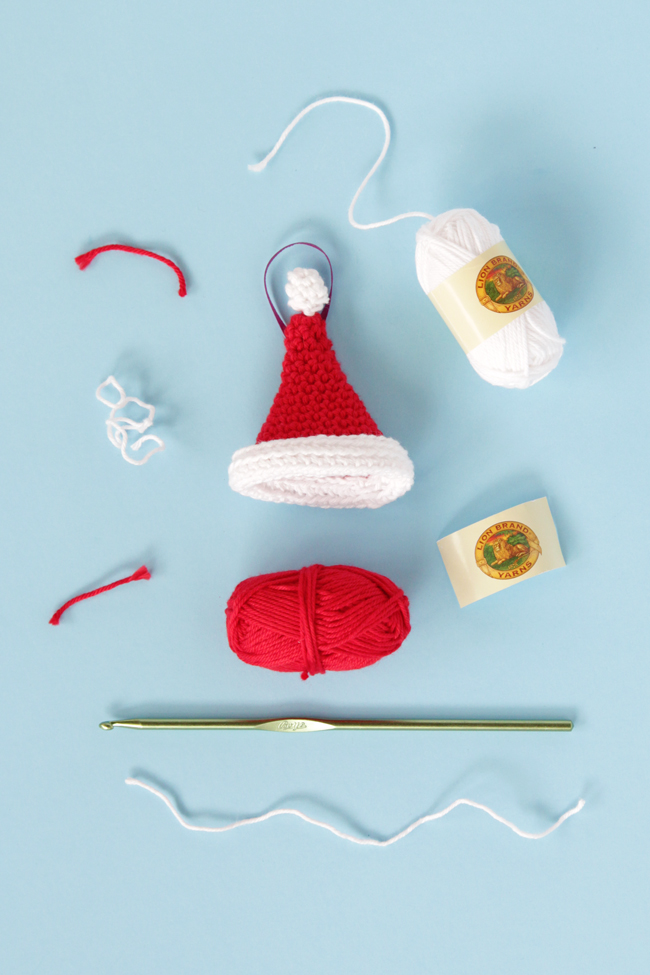 This collection of patterns has been seriously lacking in Santa representation thus far, so today seemed like the perfect opportunity to remedy that! This crochet Santa hat ornament is designed with specially placed stitch increases for an adorably jaunty finished look. Who says Santa can’t have swagger? ;)

Abbreviations & Terms
rnd – round
magic ring – an adjustable starting round. Here’s a tutorial.
sc – single crochet
sl – slip
arnd – around
sc 2 in next st – sc 2 times in same st
ch – chain
(X sts) – X indicates the number of sts that are now in the rnd
rep from * – repeat the instructions following the asterisk as directed
tbl – through the back loop
sk – skip

Finishing
Weave in all ends to finish. If you’re making an ornament, sew a bit of scrap ribbon to the back of the ornament to prepare it for hanging. 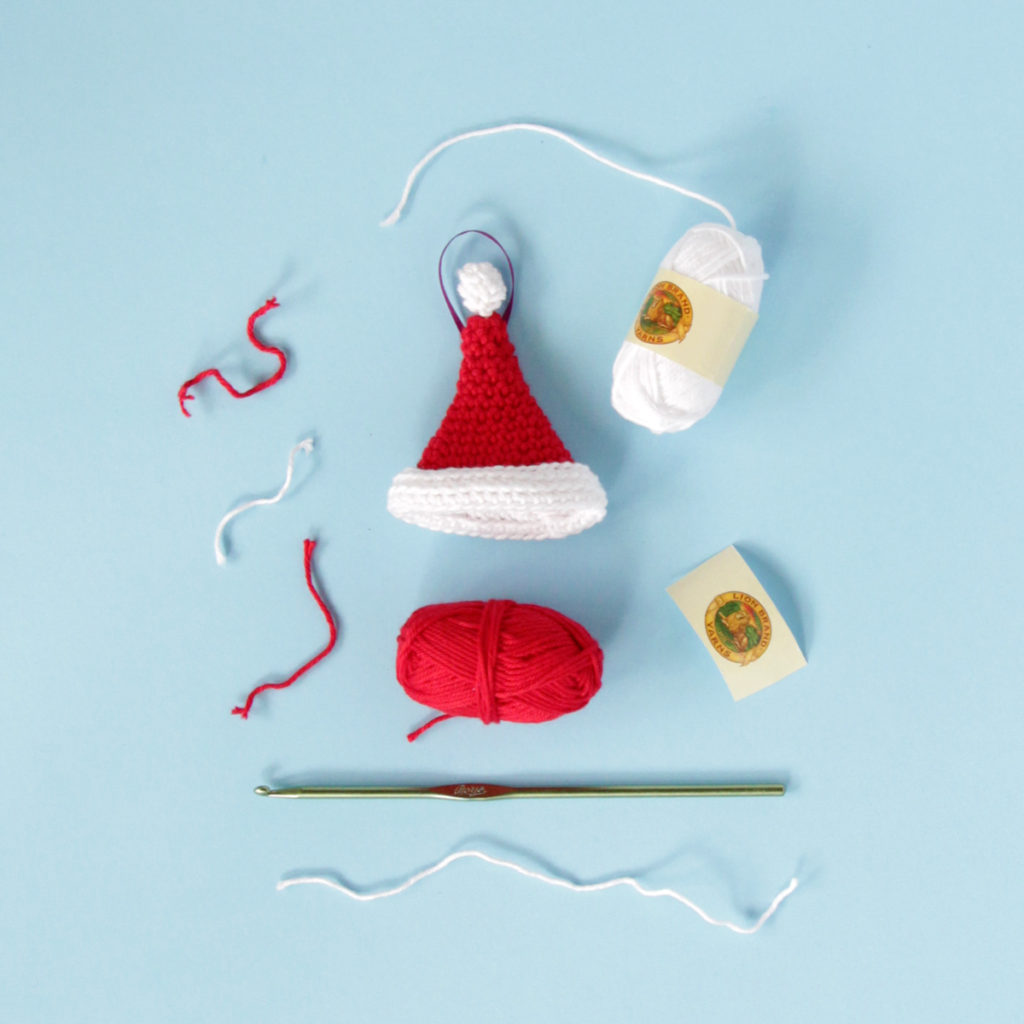 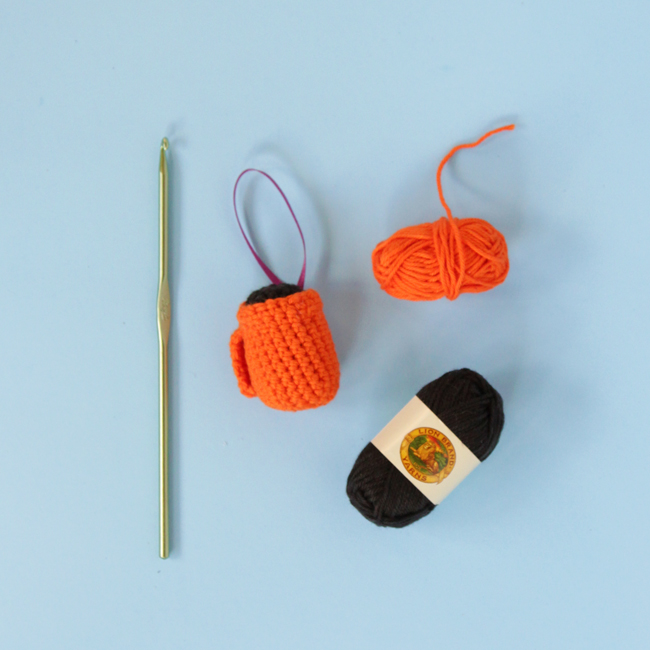 Get the free Mug of Christmas Cheer Ornament pattern here. 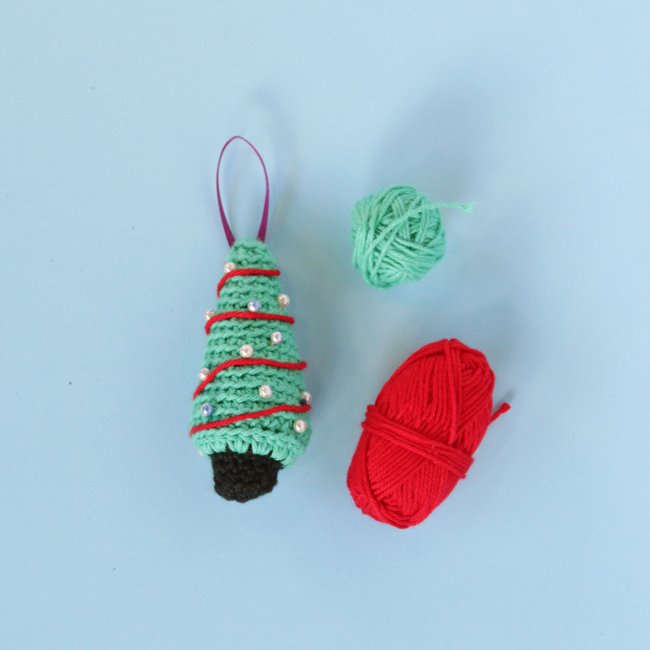 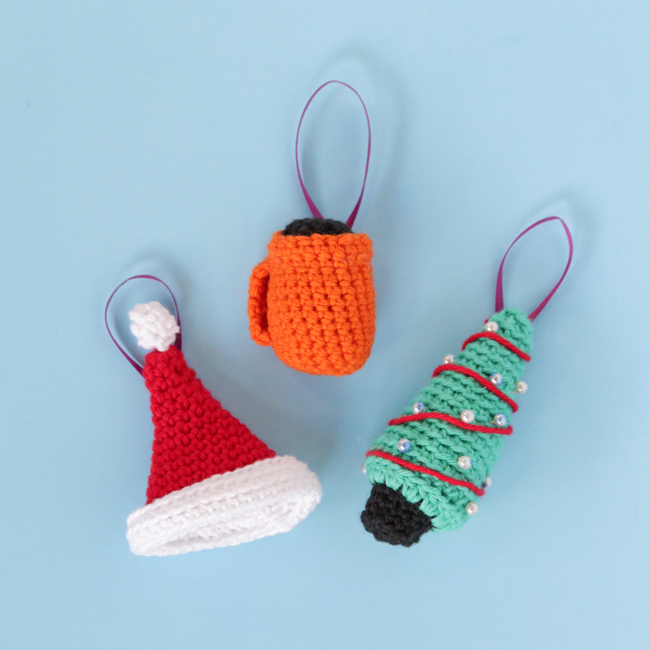 Support for the 12 Ornaments of Christmas series on Hands Occupied was provided by Lion Brand Yarn. All patterns in this series were designed and knit with Lion Brand Yarn Bonbons in Beach. 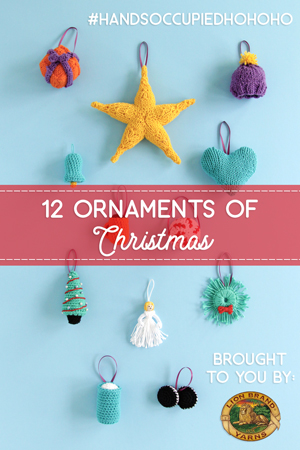