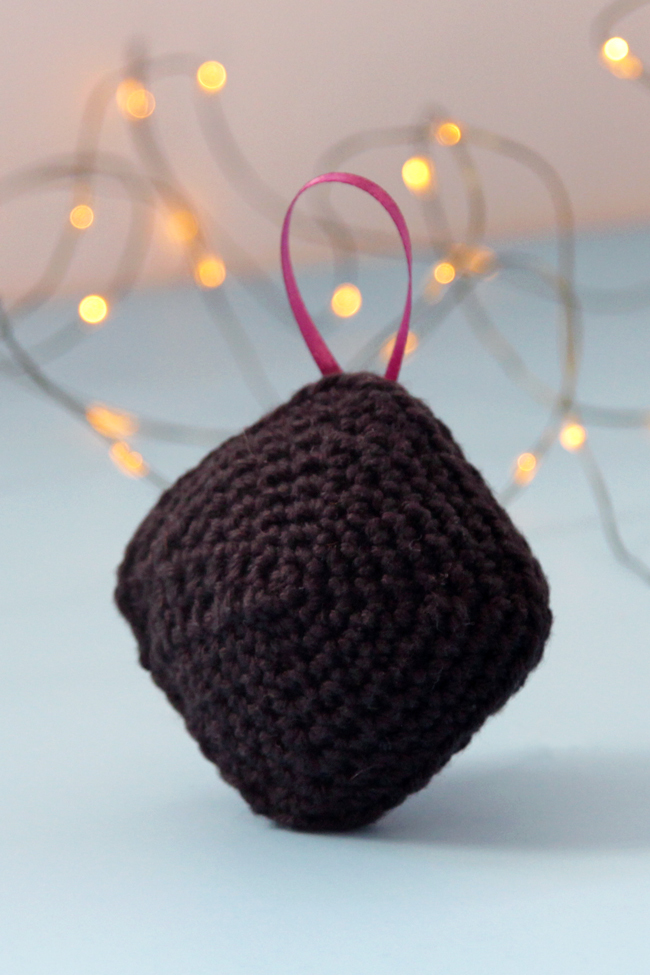 Now, before you make one of these, you have to promise not to use this pattern to be mean to anyone! ;) Your eyes don’t deceive you – our last (and easiest) ornament of the season is a crochet lump of coal. The bon bon yarn all of the ornaments in our holiday series are designed with come in a pack of 8 bright cotton colors, one of which is the perfect pitch black for coal. Since this is the 20th in the series, it was time to incorporate a little Christmasy humor in a series that’s largely a whole lot of cuteness.

This lump of coal makes a great gag gift, and it can double as a placeholder stocking stuffer for the little ones if they’ve been extra good this year. You can put the “coal” in their stocking with a note telling them where to find their extra-great present. This would be a great way to kick off a gift treasure hunt if you’re into that idea too! Maybe not every family has this particular giving-someone-you-love-a-hard-time type of humor, but I know it’s the kind of joke my folks would totally pull (had they thought of it! 😇). 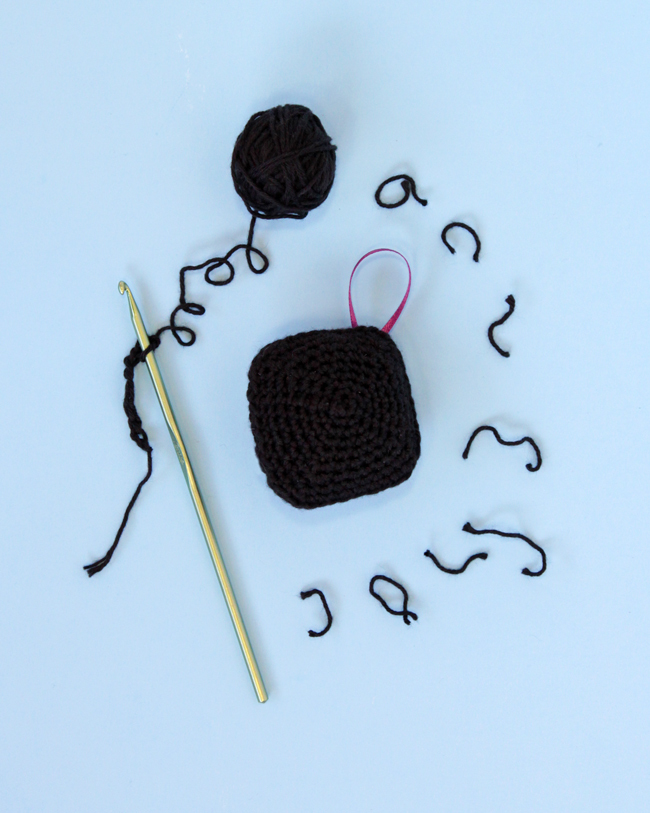 Abbreviations & Terms
magic ring – an adjustable starting round. Here’s a tutorial.
sc – single crochet
ch – chain
sc 2 in next st – sc 2 times in same st
rnd – round
(X sts) – X is the number of sts that are now in the rnd
(Y rnds) – Y is the number of times a rnd is worked
sl – slip
rep from * – repeat the instructions following the asterisk as directed 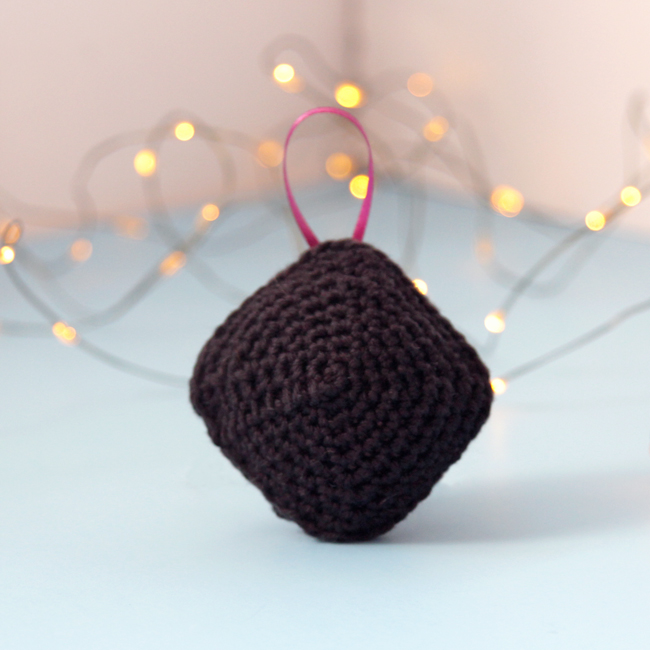 Finishing
With wrong sides facing, sew both squares together using black yarn scraps or the 6-inch tails. When you’ve sewn three of the four sides together, stuff with poly-fil and finish seaming the fourth side. Weave in all ends. Using a needle & thread, sew a scrap of ribbon to the back of your finished ornament to hang.