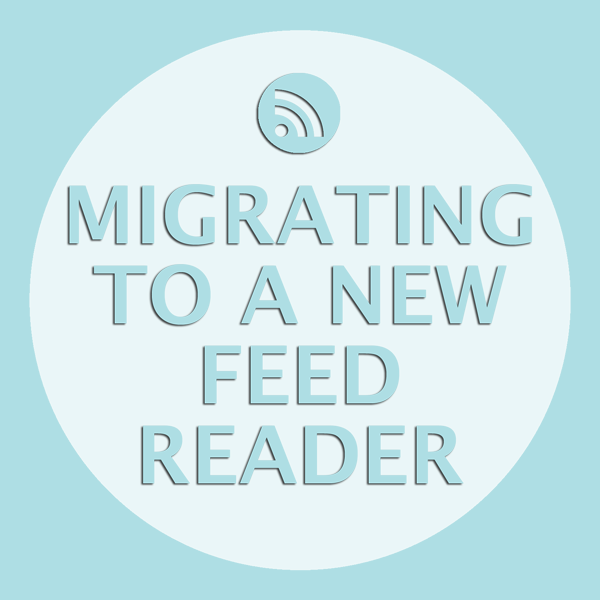 You’re probably aware that as of next Monday, Google Reader is no more. Selecting a new RSS feed reader from among the many alternatives out there might be daunting, and if you haven’t made the switch to a new reader yet, you might be starting to squirm as the clock ticks.

Oh, and if you’ve already decided on your feed reader and want to skip the rest of this post, don’t forget to grab the Hands Occupied feed address right here :).

A comparison of the most talked about feed readers

Google Reader was great because it offered both a site to view your feeds on and a service that let you sync those feeds to a variety of apps. A lot of the replacements offer either the website to view feeds on or a feed syncing service. Others offer both and let you mix and match how you view your feeds. Here’s what the major readers offer:

Feed Wrangler
Cost: $19/year
Apps: Offers its own apps that are okay. Other apps have announced plans to support Feed Wrangler.
Web: Yes
Import: One click import from Google Reader. It imports starred items, but it doesn’t import your feed folders. Uses something called Smart Streams instead of Folders.
More information about Feed Wrangler.

Feedly
Cost: Free. Makes money through “user content discovery and product discovery” in their apps.
Apps: iOS & Android apps.  They aren’t traditional feed readers though. Lots of non-Feedly apps support syncing from Feedly.
Web: Yes. Its look is somewhat similar to Google Reader.
Import: One click import from Google Reader. Imports both folders and starred items (but Feedly calls them “Saved For Later” instead of starred items).
A tutorial on using Feedly.

Feedbin
Cost: $2/month
Apps: As one of the first sync back-end providers post Google Reader, it works with a lot of apps. Does not have it’s own app for iOS, but has a beta app for Android.
Web: Yes. Its look is somewhat similar to Google Reader.
Import: Yes, but it requires you to export a file from Google Reader and then import it into the Feedbin. Imports folders, but not starred items.
A tutorial on migrating from Google Reader to Feedbin.

The Old Reader
Cost: Free and they aren’t trying to make money yet.
Apps: Available on the Feeddler app, but it’s not my favorite looking app ever.
Web: Yes. It’s look is heavily based on Google Reader.
Import: Yes, but it requires you to export a file from Google Reader and then import it into the Old Reader. Imports folders. Doesn’t import starred items.
Tour The Old Reader.

Reeder
Cost: $2.99 for iOS, free for Mac
Apps: It is an app that currently supports Feedbin on iPhone, but nothing beyond Google on Mac or iPad. They also have their own sync service on iPhone that will soon include to Mac and iPad. They also have plans to support Feedly and Feed Wrangler as sync services.
Web: Nope.
Import: Nope.
Information on the future of Reeder.

Getting blog updates via email

If all this feed business isn’t your thing, you can sign up to get an email every day there’s a new post on Hands Occupied. Based on the results of the reader survey I did this spring, those of you who like email updates said you prefer this format. I do have plans to get a weekly option up and running at some point, but it hasn’t quite happened yet. Stay tuned – I’ll share a post when that’s all set.