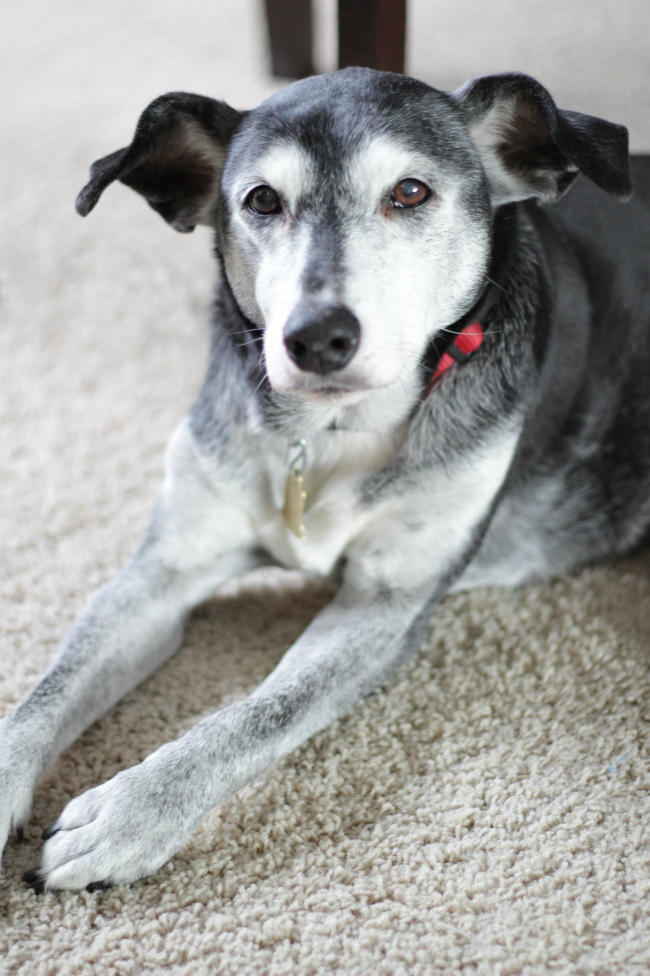 Davey sitting in his favorite spot.

I got to spend Christmas at home this year, which meant seeing my first-ever dog, Davey. At the very ripe old age of 15, he is a total champ. He’s going blind and deaf and sometimes shakes when he moves. Davey shamelessly begs for treats off the table or out of the cupboard where his treats live (and often gets what he wants). He has been walked almost every day of his life, which I believe contributed to his longevity. Davey was an almost all-black rescue dog when we adopted him in 1997. What a guy. 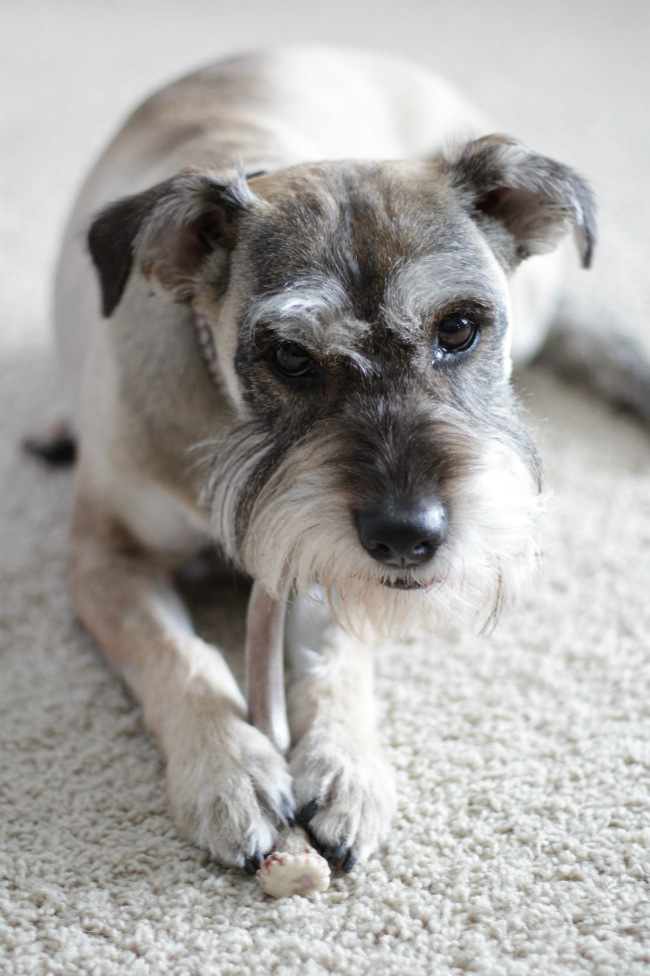 Storm, enjoying a chomp on the dogs’ new antler.

My dad, an avid hunter, gave me a spare deer antler for crafting shortly after we arrived in Fargo for Christmas this year. I set it aside in a tote bag so I wouldn’t lose it, and not 15 minutes later, my big dog Woodrow was running around the house with an antler sticking out of his mouth. My husband had missed the whole “here’s an antler for crafts” conversation and was incredibly lost. Turns out my dogs really love antlers as a bone alternative. Good thing we have a free source for them!