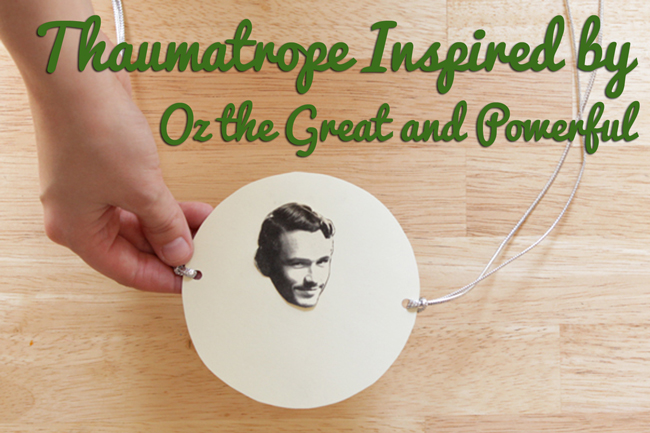 Explore the magical Land of Oz with this simple & kid-friendly thaumatrope project. Umm, what is a thaumatrope, you say? It takes two separate images and combines them into one when you spin it between your fingers. Since this post is sponsored by Oz the Great and Powerful, I watched it looking for crafty inspiration. What inspired me most was the movie’s portrayal of turn of the 20th century carnival magic. The opening credits are completely black and white and feature paper stick puppets moving about a puppet stage (I’m pretty sure they were CGI’d, but I loved ’em anyway). In the movie, James Franco plays the titular character, and – no spoilers here, I promise – his face spends chunks of the movie projected in black and white onto a cloud of smoke. I knew I wanted to make something that captured the 20th century black and white, steampunky spirit of the movie. So that’s where the thaumatrope idea came from! PS: You can get your copy of the Oz the Great and Powerful DVD starting June 11.

pencil
coaster or other round object
scissors
glue stick
hole punch
2 ft. string
a picture of James Franco from Oz the Great and Powerful printed in grayscale on cardstock
a simple doodle of a billow of smoke printed out on some cardstock 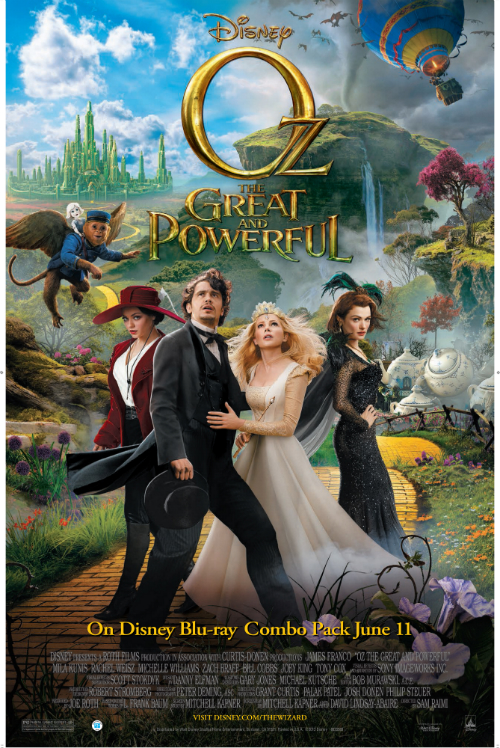 The above image is for personal use only.

Find a picture of a simple doodle of a smoke cloud online and copy and paste it into a blank document, aligning it near the middle of the page. Print it on a sheet of cardstock that is blank on both sides (I’m all for recycling, but for this project, you’ll want a totally clean sheet of cardstock). Find a picture of James Franco in his Oz the Great and Powerful getup, and print it using a grayscale setting.

Cut out James Franco’s handsome face really closely, as shown, and set aside. 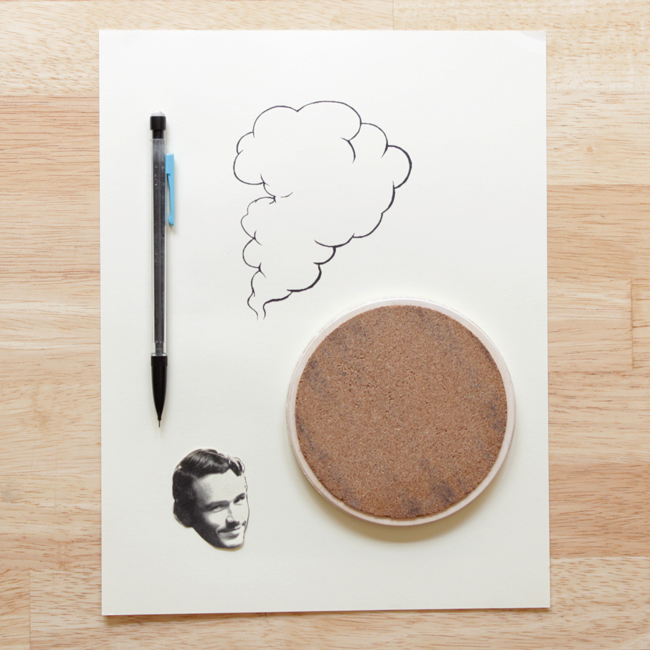 Using a coaster or other round object, trace a circle around the cloud of smoke and cut it out. Play around with Mr. Franco’s face (ha!) until you decide where in the could of smoke you’d like his face to appear. 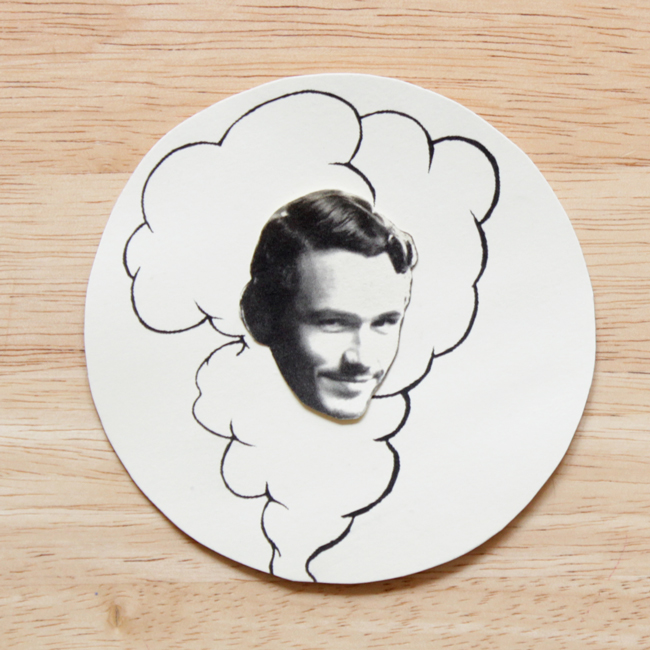 This is the trickiest part of the project. You’re going to glue Mr. Franco’s face on the back, blank side of your cardstock circle, but upside down, as well as in the position at which you’d like him to appear. I used my circle-shaped object (my coaster) to help visually demonstrate where on the back side of the smoke circle he’ll need to be. Scroll down to the second image below to see what the back side of the thaumatrope looks like. 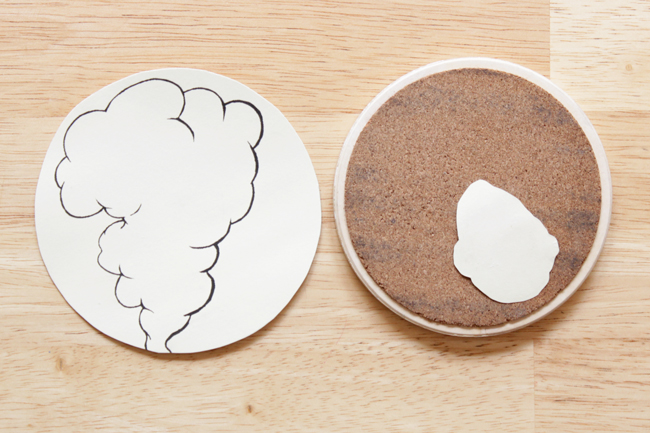 Punch two holes straight across from each other on your circle and attach a string to each side of the circle. Then use a glue stick, ideally one that is reposition-able since figuring out where to put the head is challenging, to adhere James Franco’s head to the back of the circle. 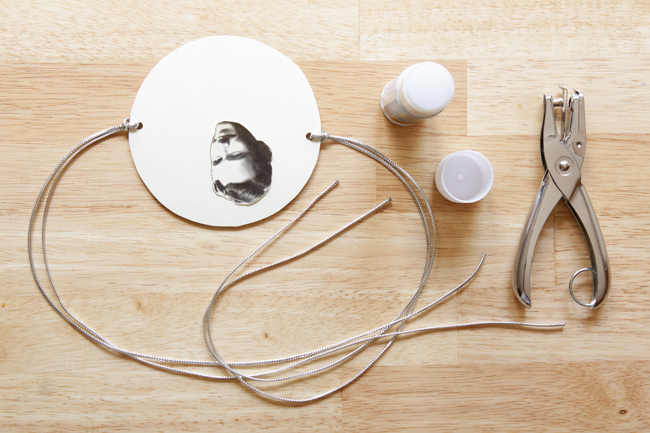 Next comes the fun part – test out your thaumatrope to see how it works! If James’s head doesn’t quite line up in the right place when you’re spinning the thaumatrope, carefully remove and reposition him until you’re satisfied. Here’s a glimpse of my completed thaumatrope in action: