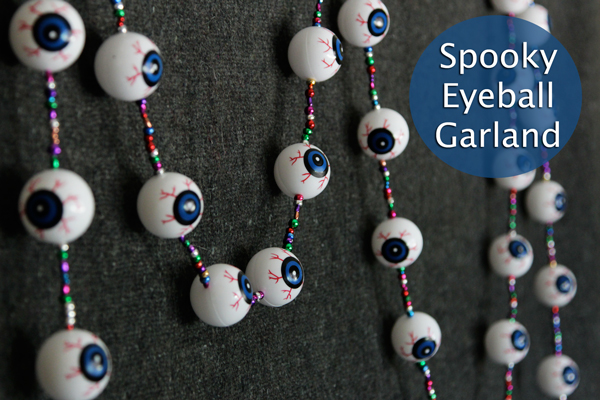 How much fun is this garland, you guys?! I had originally planned to make an eyeball garland with painted ping pong balls for Halloween this year. Then I was perusing the seasonal section at the party store last week, and they totally had plastic eyeball favors for sale! What luck! The premade eyeballs are super cute on this garland, and the colorful beads, which I happened to have on hand, smack just a little bit of Dia de los Muertos. I just love projects that come together so adorably and serendipitously like this! 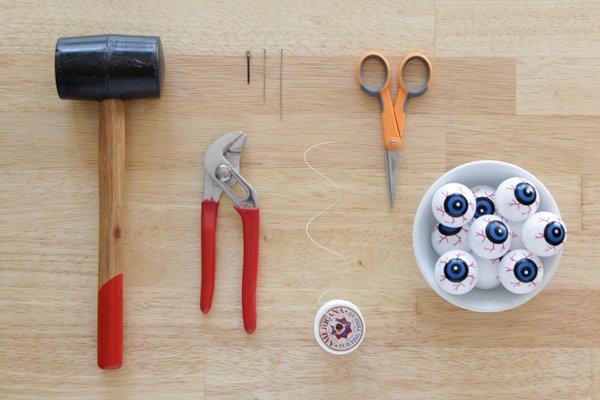 The vast majority of the time that goes into this project is converting your eyeballs basically into giant beads. Working from the thickest to the thinnest nail/needle, pound two holes into each eyeball straight across from each other. I eyeballed the second hole’s location on each, and all but a couple miraculously became successful beads on the first try. 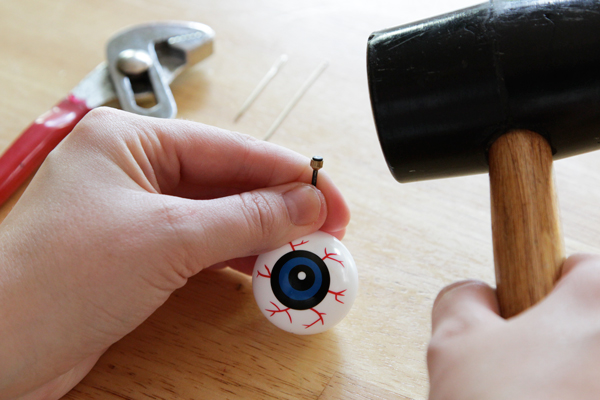 If your needle or nails get stuck in the eye, use a pair of pliers to pull them out. In the course of pounding two holes into 80 eyeballs, only two of them split in half, and not a single one cracked. You can be pretty aggressive when pounding holes into these. 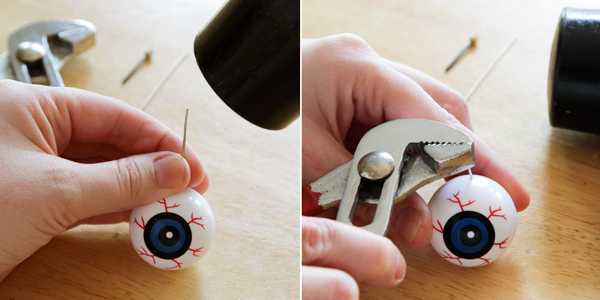 After you hammer the two holes, use the needle that’s longer than your eyeball to ensure the holes are aligned. Keep hammering until all of the eyeballs you’ll need are beadified. 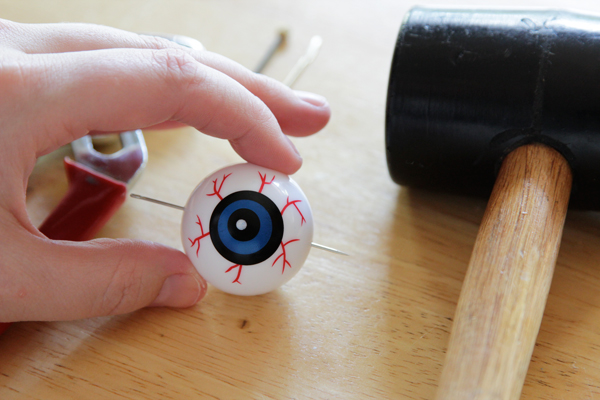 Using the long needle, alternate threading an eyeball and several beads onto a long piece of heavy duty thread to form the garland. Secure both ends with good knots, hang and enjoy! 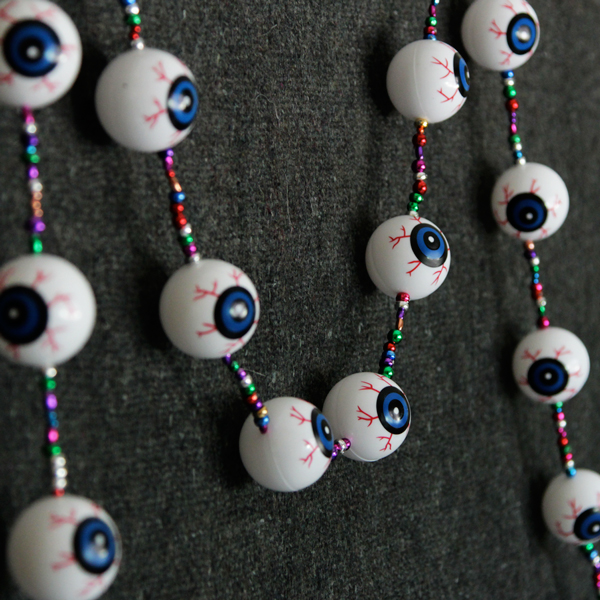 On a tangential note…

For fun I decided to take some photobooth style pics with my crazy garland and the two eyeballs I managed to pop in half when I was turning the rest of them into beads. I hadn’t intended to do more than text the shots to my husband when he was in meetings, but they’re super glorious (if a bit out of focus). Full disclosure, the only people home when I took these were me and my dogs.

This post was not actually brought to you by any party store.

You know what I just realized? (I promise I’m not making this up for the sake of internet!) I’m pretty sure these eyeballs exist to mostly be used for spoOOo-ooh-ky beer pong. This is JUST LIKE the time I thought the dudes at the midnight showing of Pink Floyd’s The Wall were drinking pop. “Why would they bring Jones Soda to the movies? The glass bottles are so loud!” True story.