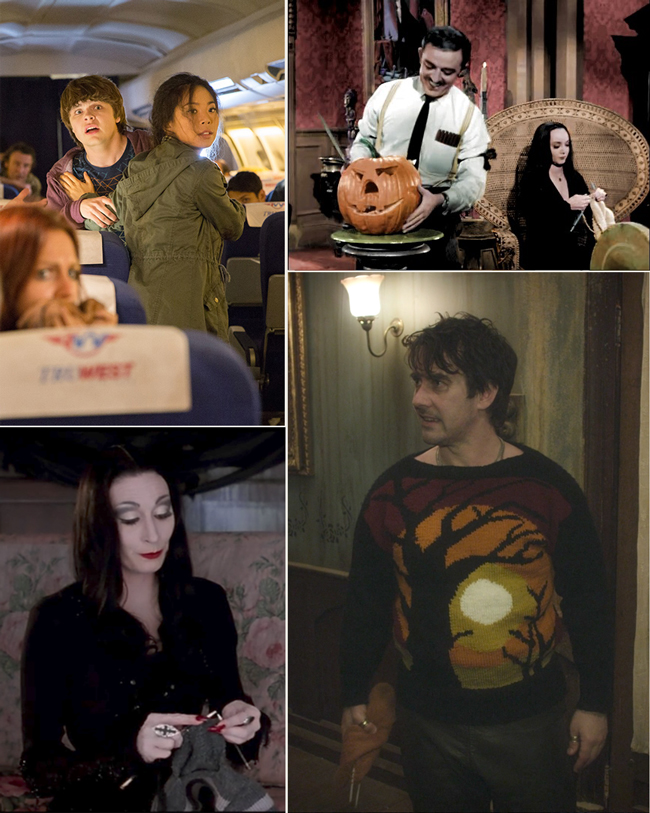 What is Knitflix, you ask? This post explains it all. :)

With Halloween coming up, it’s fitting to talk about the best seasonal media to pair with your next Knitflix (or crochetflix or stitchflix or whateverflix, really) marathon. Since a couple of these are standalone movies and shorter pieces, we’re going to take a look at a few different shows that are perfect for Halloween! If I’ve missed any of your personal favorites for the season, submit them here!

What We Do in the Shadows

Picture a group of vampires rooming together in New Zealand. One of them knits (!), another is super duper old, there’s a ladies’ man, and a awkward, responsible vampire rounds out the quartet. Done in a faux-documentary style filled with endlessly-quotable jokes, What We Do in the Shadows is a movie worth revisiting every fall if you’ve got the room on your Knitflix dance card.

Worth the watch? Ab-so-freaking-lutely!
Does it feature knitting or crochet? What We Do in the Shadows takes home the award for the best knitting in a spooky comedy probably ever. The actor playing Deacon, the vampire knitting in the gifs above, seems to know at least a little about how to actually knit! And at the end of the movie, he wears a sweater he’s supposed to have made himself featuring a tree and a full moon. (Very vampirey!) Bonus: There’s so much knitting that a lot of the fan art for WWDITS features knitting – check it out!
Available to stream? Currently available on DVD, as well as digital streaming & rental: see where.

The Addams Family is iconic in the knitting community thanks to Morticia Addams’ frequent habit of knitting on screen. Morticia could be seen knitting at various points during the classic TV series, as well as in the Addams Family movies of the ’90s. The Addams Family movie thumbnail that shows up as I scroll through Netflix consistently features Morticia mid-row. (I can only assume my profile has been flagged as someone who likes crafts, so the Moricia knitting thumbnail has undoubtedly been optimized to catch my attention.) 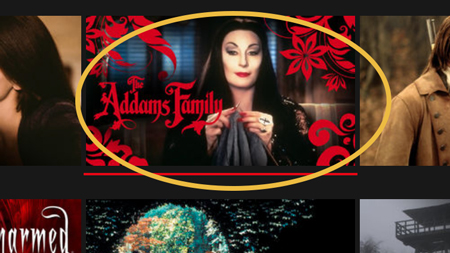 Worth the watch? Sure thing! As a child of the 90s, Angelica Houston’s Morticia has always been a favorite, but Carolyn Jones’s Morticia in the series from the 60s is pretty iconic. This is Knitflix, so let’s just assume you’re looking for maximum viewing hours, in which case you can just watch both!
Does it feature knitting or crochet? Come through, Morticia! ;)
Available to stream? The TVseries as well as both movies are currently available on DVD, digital streaming & rental: see where. 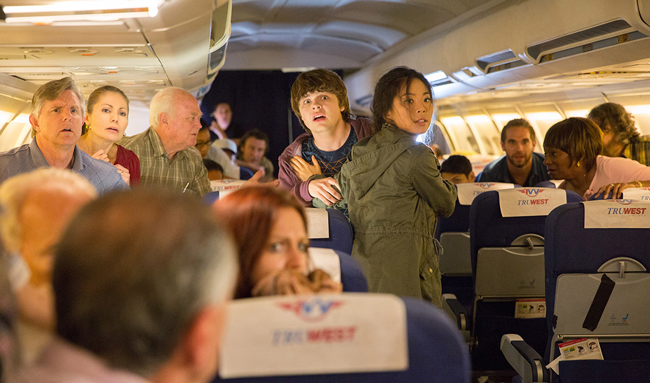 Why include something that seems like such a deep cut? I mean, it’s a web series based on the spinoff of another show. Let’s just say this pick is for those of you knitters who (like me) fantasize about your knitting being a useful skill during the zombie apocalypse. Since it’s a web series, I’ll avoid spoiling anything and just embed a video featuring Flight 462 in full (it’s under 15 minutes). Enjoy!

Worth the watch? Yep, especially if you’re one of the many Walking Dead fans out there. But this isn’t just for Walking Dead fans – if you like zombie movies in the vein of World War Z (which has an excellent audiobook while we’re on the subject), this 13-minute web series will be right up your alley.
Does it feature knitting or crochet? Yes, knitting!
Available to stream? It’s available in full on YouTube – see below. ;)

Thank you to everyone who has submitted awesome ideas for Knitflix features so far! We’ve gotten everything from Call the Midwife (a personal favorite!) to the World Series, and it’s also clear that, despite what the article mentioned in last week’s post said about Knitflix being a Millennial phenomenon, knitters of all ages very much enjoy binge-watching-plus-crafting. :) Much like our Things to Knit and Things to Crochet series, I want to keep sharing Knitflix posts for awhile, so keep those suggestions coming! The submission page will be open indefinitely. You can submit ideas here, or use the new Knitflix submission button below each post (look for the navy blue box that says Knitflix).