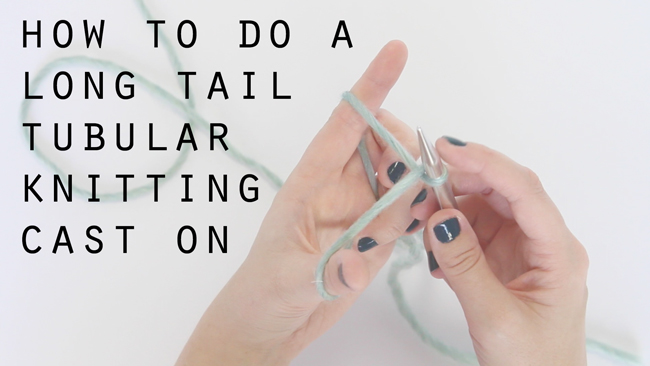 In this year’s reader survey, you might remember I had a lot of questions about your thoughts on knitting and crochet video tutorials. An overwhelming number of you (77%) said you’d love to see them, so I’m happy to say I’ve got TWO videos to launch the renewed Hands Occupied YouTube channel.* The videos show you how to make a long tail tubular cast on for a knitting project. The first video below shows how to do it right handed, and the second video shows the leftie version.

What’s a tubular cast on & when would I want to use it?

The tubular cast on is popular for a few reasons. It’s a little awkward to learn, but absolutely worth it because it results in a really clean looking edge that’s also super stretchy. This stretch makes it perfect for clothing that has to slide around the natural curves of the human body.

When you cast on tubular style (even if you use a different method than the long tail tubular cast on I’m sharing today), you’re creating knit and purl stitches from the point of casting on. Instead of casting on the same way for every single knitting project, which results in kind of a blunt edge that doesn’t blend right in with the rest of your knitting. The tubular cast on becomes essentially invisible once you start working your project. 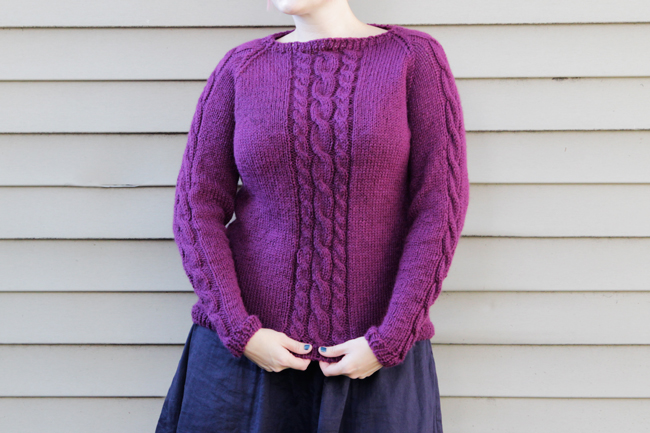 This is the Remy Pullover, which we’re doing for the fall knit along. Check out this post for everything you need to know about the KAL, which starts October 1 . There’s still tons of time to get your yarn and join the fun! :)

These videos & the knit along

Last week I announced that the fall knit along, which officially casts on next Wednesday, October 1. If you’re feeling eager to get started, you can think of these like pre-knit along homework. While you can do any kind of cast on you like in the upcoming KAL, I used the long tail tubular cast on (which the videos below demonstrate) so that the bottom, cast on edge of your sweaters will be plenty stretchy for fitting comfortably over your head and around your hips. For the eager among you, you can practice your long tail tubular cast ons and knit some gauge swatches in stockinette to get a jump start on the KAL. This is, of course, totally optional. :)

*I’ve had a YouTube account for awhile, but haven’t posted with much consistency in the past. Now, I plan on posting 2-3 videos a month, most of which will be about knitting and crochet!

If you’re here for the fall 2014 knit along, here are other posts in the series for easy navigation: