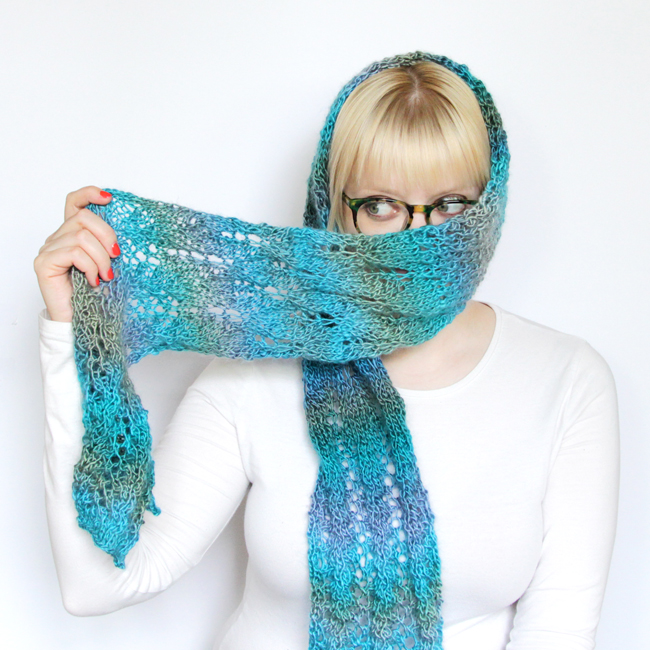 The biggest thing I’ve learned over the years on social media, and especially as a blogger is that I’m pretty terrible at consistently opening up online. I am much better at saying things like, “Isn’t this yarn pretty?” or “Doesn’t this design look nice?” rather than speaking about myself. This week, I sat down to prep for a couple of interviews I have coming up about Hands Occupied (more on that another time), and I ended up wallering in a self-doubt and second-guessing loop for HOURS. Lucky for you, and maybe for me too, something sort of productive came out of the exercise. NOT a finished interview (because of course not), but a pretty thorough reflection on how the heck Hands Occupied came about and why. Suffice it to say, none of this was planned.

My grandma taught me to knit when I was an anxious 8-year-old. My left-handed mother had actually learned lefty knitting as a kid from a friend, so she sent right-handed me to her mom when I wanted to learn. Grandma is also left handed, but her only knitting instructors were righties, so she went with it, much to my personal benefit. 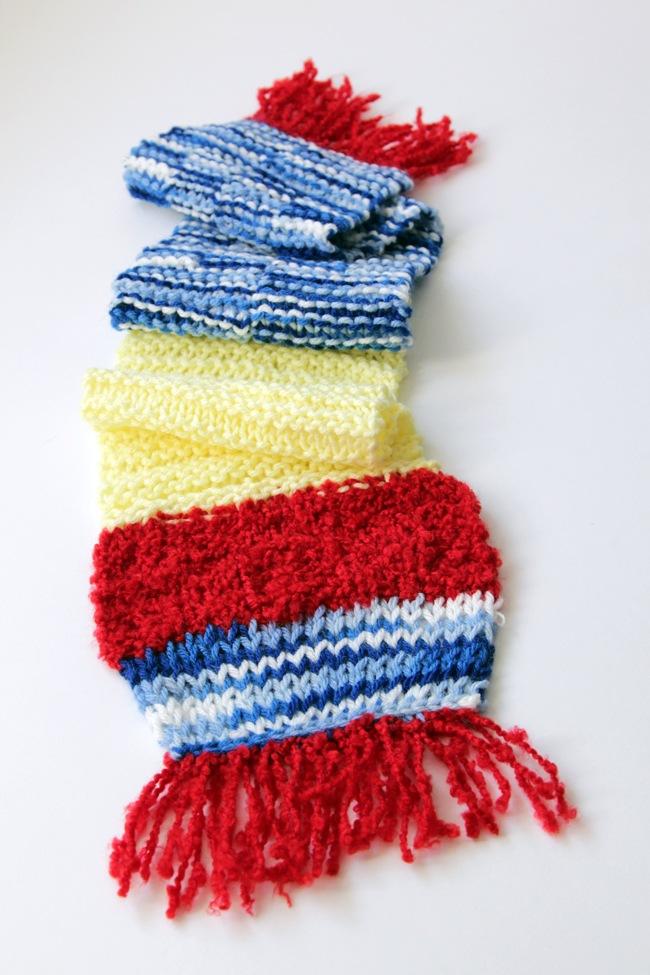 One of my first-ever knitting projects in all its glory. Clearly, I’ve always loved primary colors.

It was challenging for a third grader to understand knitting patterns, so I dabbled until high school, when I decided that knitting was something I wanted to be good at. I’d knit my way through entire library books of patterns (this was a fave) to up my skills, and since I only had a few sets of needles, I even tried knitting with chopsticks and pencils (to mixed success). I added crochet to the mix when I was 21, teaching myself in between retail shifts with YouTube, DVDs, and every single yarn-related book at my local library. With college behind me, I redirected the hours I’d previously spent studying music and telecommunication to bettering my yarn skills. 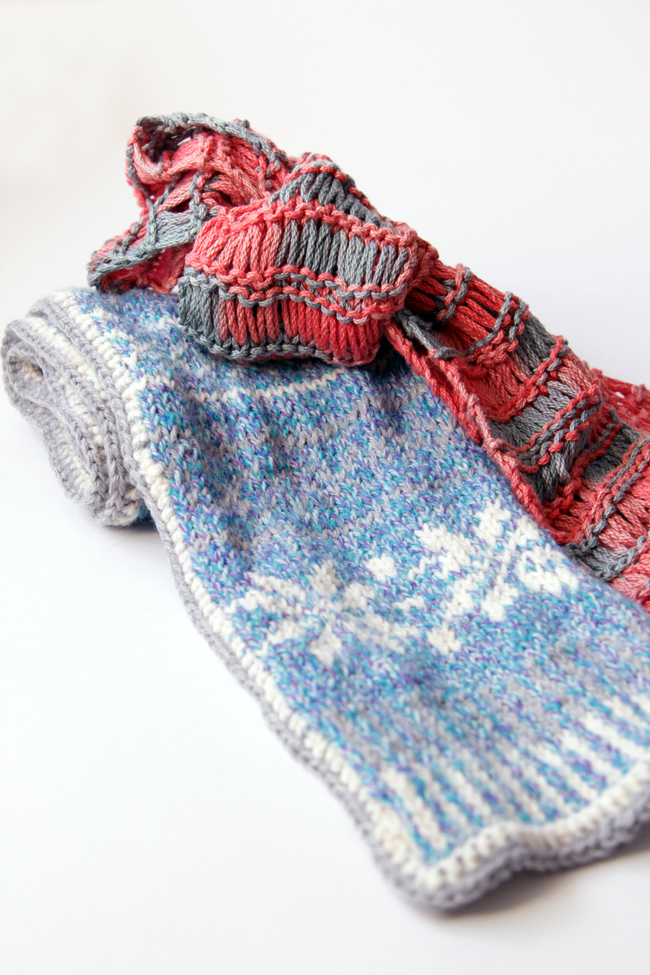 Two of the scarves I knit from “Knit Scarves” in high school. Other than not understanding that the grey would suck with the blue, I think this was some decent work!

By 2010, I was looking for a new source of creative motivation, so I decided to start a blog. So many hours of my day were dedicated to combing through the internet for the latest craft patterns and tutorials, and I worshipped bloggers who made interesting, youthful, and unique projects I wasn’t necessarily seeing in magazines or books.

These inspiring people made me want to be part of a creative space online in a pre-Instagram, pre-Pinterest era. When I began, I had no idea bloggers were making money blogging. I just wanted to put my stuff out there and share ideas with other folks on the internet, so I sat down, signed up for every social network around, bought a domain, and learned how to install WordPress. It was super hard starting from scratch, but as always, I liked the challenge. 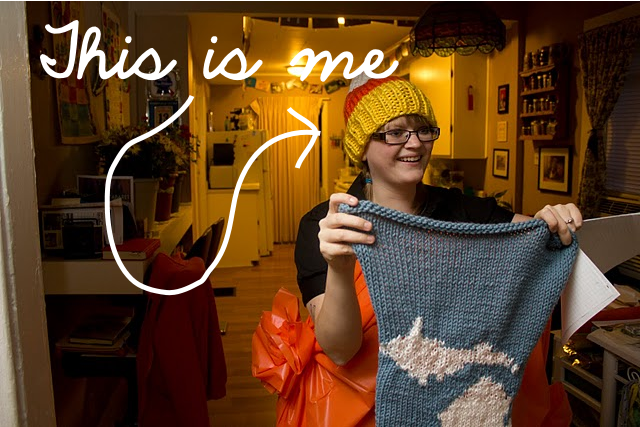 This is the original Hands Occupied about page image from 2010. I’m dressed as bad Halloween candy and that poorly-tensioned bit of knitting is a Michigan-inspired yarn bombing project that never made the blog.

The name “Hands Occupied” was born as a nod to the fidgety beginning of my knitting journey and my still-constant need to feel like I’m accomplishing something. Here’s the thing, though. Knitting might be where this story starts and ends, but it took me five years to sort out the middle part. First off, this whole blog project was really only supposed to be a sort of journal and a place to share photos with crafty friends on the internet. But then it grew. People were sharing some of my ideas, which was a nice little bit of validation for an anxious person like myself, so I kept going. I didn’t dare post too much about knitting or crochet back then, let alone a pattern, because I felt like I was so unqualified to do so. I shared wedding DIYs, gardening projects, the occasional recipe – I really was just documenting projects as I made them. Time passed, but I was still terrified to share my knitting or crochet.

As the blog grew, my photography skills slowly improved too. Then I realized (at a blog conference no less!) that a lot of people start blogs to make money. And there are things called ad networks and influencer networks and sponsors where you can make money. So I tried it. I got a little spending money and lot of free craft supplies to play with. Side gigs as blog contributors started to come my way. But I was also working as a Librarian with underprivileged teens, so I never thought I’d want do more than have a side hustle and crafty internet friends. Then I finally got the courage to publish my first couple free knitting patterns as blog posts, and people liked them! 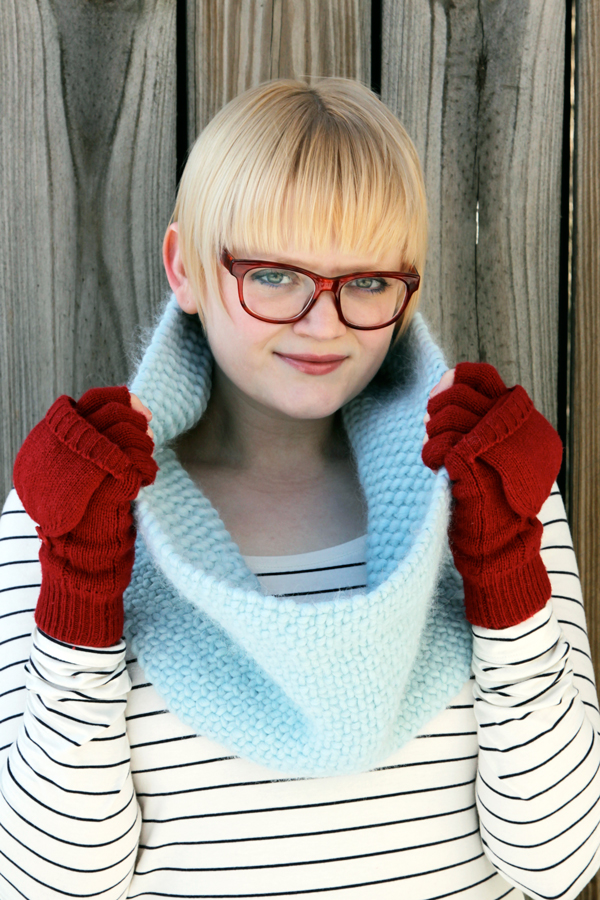 The Faux Woven Cowl, one of the first patterns published on Hands Occupied.

In an effort to keep this from getting too long, I’ll summarize this last bit (and refer you to this post about leaving my job last year). As a Librarian, I loved the teens I worked with, but I’d been working in public libraries for a long time and pretty much got burned out. More and more yarn work was headed my way, and I found myself wanting to say yes to more and more of it, despite the wall-to-wall workload of balancing two careers. Finally I realized one day, very clearly, that I needed to either level up as a Librarian or go all in on my knit & crochet design work. I realized that if I didn’t give this my whole self, I’d regret it forever. After getting my literal house in order (you still gotta pay that rent), I left Librarianship. It was the right call, truly. When I told my teens I was leaving the library, one particularly erudite young man said to me, “Ms. Heidi, but this means you get to do art for your job now? You’ve worked hard for that.” (Gutted, right? Statements like that are why working with teens is so incredible – teens can be very wise.) Librarianship made me a great teacher, gave me empathy, and taught me how to check all of my own privilege. I’ll never, ever regret my time in public service, but I know that design is where I’m meant to be. 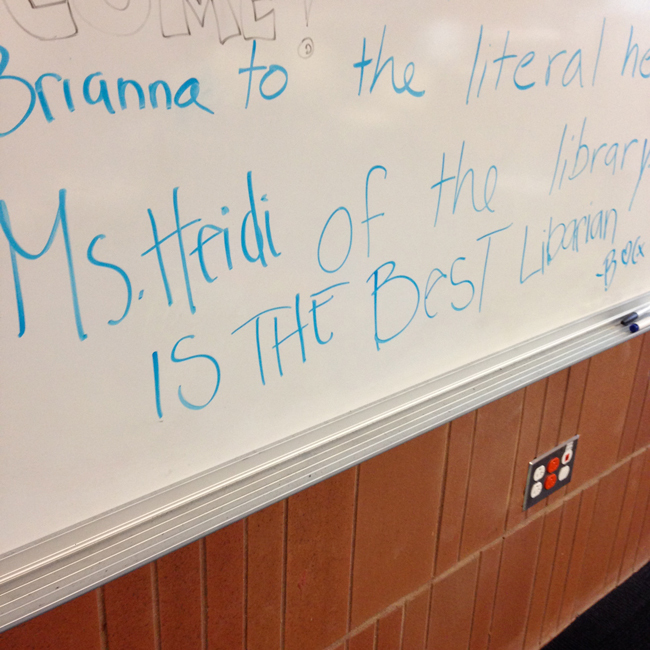 Give teens a pen and a whiteboard, and they can be very generous with the compliments. :)

Carving out a place in knit & crochet

And now where am I? 18 months in to my full time creative career, things are good and growing. Hands Occupied has its own online shop with new products being added each month (IOU all a post about this too), the blog is thriving, I’m regularly designing projects for knit & crochet magazines. I teach workshops and private lessons, and I host videos and design projects for various clients. There’s a clear path that I can see for my business, and I’m so excited that it involves teaching too. Giving people the gift of crafts is one of the best parts of the job, and it’s the part that’s most like my favorite parts of librarianship.

With that, we’ve arrived at the part of the Hands Occupied story that’s still being written. I’ll always be growing and evolving as a person, a blogger and a designer, but I hope sharing this story helps you if you’re finding yourself on your own weird and winding creative path. There was no direct line from learning to knit at age 8 to being the full time designer I am now at 30, and I’m sure that wherever I find myself even in one year (let alone another 20) will be anything but a straight shot as well. :)

Are you on a creative journey of your own? I’d love to hear about it. During the years I grappled with my career indecision, I spent many hours reading other creatives’ stories looking for real talk about what it felt like to make a change like this. I hope reading the Hands Occupied story is helpful for you. If you’ve got some questions for me, please let me know in the comments or by emailing me at heidi-at-handsoccupied-dot-com (because sometimes talking about things in a public forum is super intimidating – I totally get it).