Who says meat-eating Poles have all the fun? Not this gal. I’m a Scandinavian North Dakota transplant living in a state with a healthy Polish population. Not only that, I’ll soon be a resident of the town with the highest concentration of Poles outside of Warsaw, a.k.a. Chicago, IL. I can’t tell you how excited I am about the pierogi and paczki possibilities! 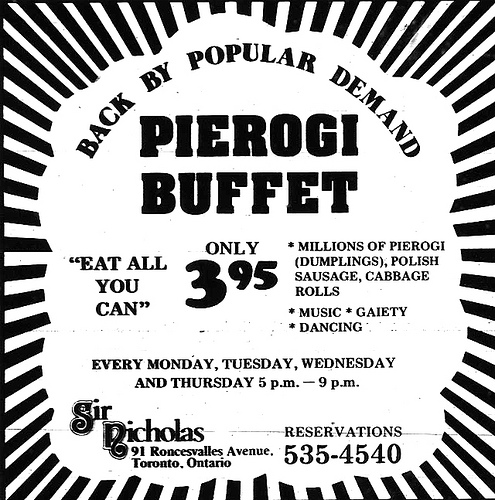 Ok, WTF are pierogi? They’re kind of like Polish ravioli, usually filled with potatoes, onion, sauerkraut, or a number of other things, but not covered in sauce. I’ve always seen them served with sour cream or carmelized onions. 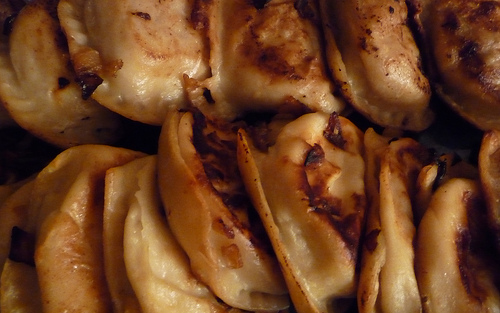 Pierogi always start to pop up on menus in my neck of the woods around the time of Lent, and according to a recent post at Post Punk Kitchen, Lansing isn’t the only place with this phenomenon. Anyone know why that is?

I have yet to make pierogi from scratch, but I’ll soon be trying these on my own, hopefully with the help of some of my Polish neighbors! I’ll have to share my grandmother’s delicious sandbakkel (Norwegian cookies) recipe in exchange.