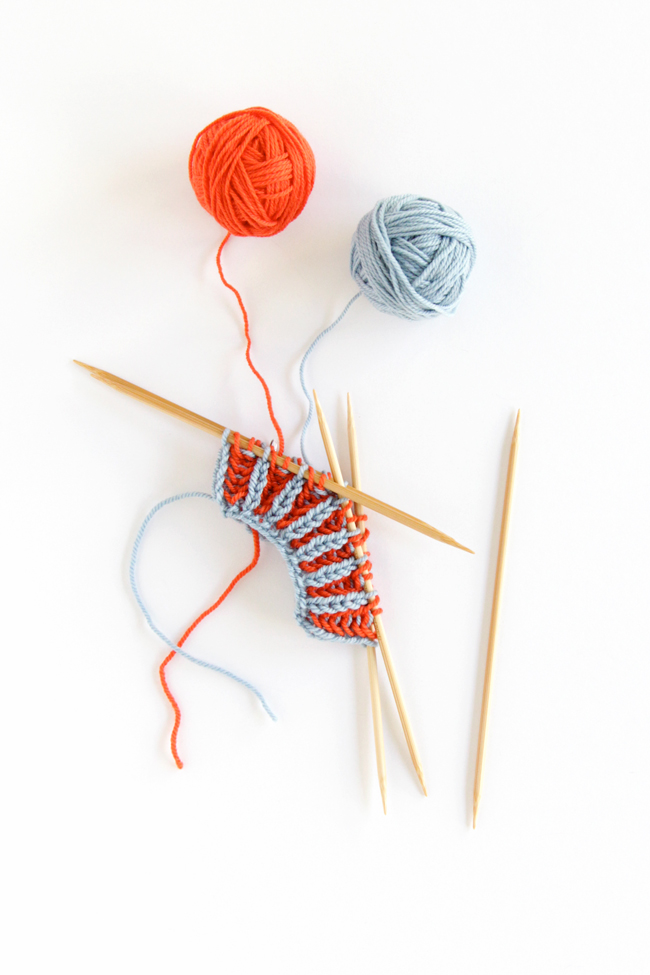 If my Instagram feed does not deceive me, it looks like yesterday was the day PostStitch kits for the Funkasonic Knit Along started arriving! The Ewe So Sporty yarn color combos in these boxes are so good. If you’re like, “what’s this lady talking about? PostStitch? Knit Along? What now?” you may want to check out this post to get an overview of the knit along that kicks off officially today. While you’re there, you can still enter to win a kit for one of the knit along patterns. The giveaway ends at midnight tonight!

To recap, we’re knitting my brand new patterns, the Funkasonic Mittens and Funkasonic Mukluks. On Monday, I posted a tutorial for the cast on I recommend for both patterns, the Old Norwegian/German Twisted/Elastic Long Tail (yes, it’s known by a few names, depending on who you ask). The reason I decided to specify what cast on to use in these patterns is that the cuff of both Funkasonic patterns is brioche rib, which is super stretchy. I chose brioche & a stretchy cast on so that both finished patterns would fit a range of sizes without having to have a million different stitch counts for every size of wrist or ankle in the pattern. I figured this was practical, particularly for those who might knit these patterns up as gifts. I speak from experience when I say that it’s kinda awkward and totally suspicious to ask your friend how wide their calf is. 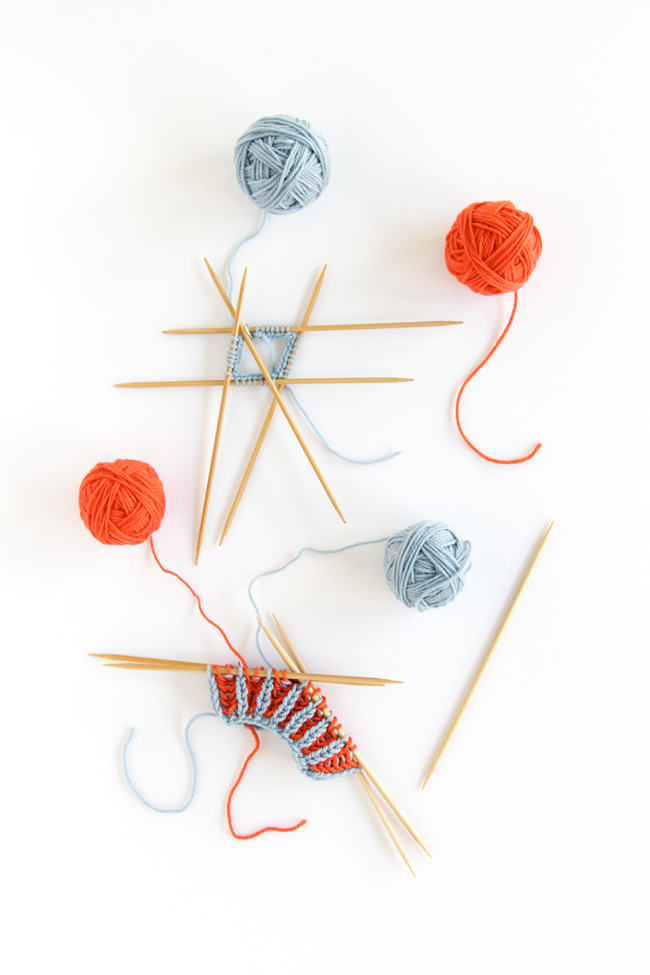 How to Knit Two Color Brioche Rib in the Round

It’s a bit of a mouthful, but this is my favorite method for knitting vertical stripes. Before we get to the video, I will give you a heads up. This is probably the hardest part of both patterns. I wasn’t trying to be an evil monster designer when I made the brioche cuffs, I just wanted patterns that had stripes facing different ways, and when I realized the fit possibilities brioche brought to the table, I couldn’t resist. However! If you’re really intimidated by the brioche, or get frustrated and want to get on with knitting a plain ribbed cuff on the mittens or mukluks, that’s a-ok!

Did you survive? Do you hate me now? Do you love brioche so much? Do you love brioche so much, but only after the first two rows? When I was planning this knit along with PostStich and Ewe Ewe Yarns, we emailed back and forth about how this knit along is all about it being a new year and stretching (hehe, pun not intended) your knitting skills further. Hopefully, after getting the hang of the brioche, you’ll feel super duper accomplished like I did the first time I successfully worked a 2 color brioche rib. You can do it! When you finish your cuffs, share your victories on Instagram with #funkasonicKAL. I’d love to give you emoji high fives for your accomplishment! ;) 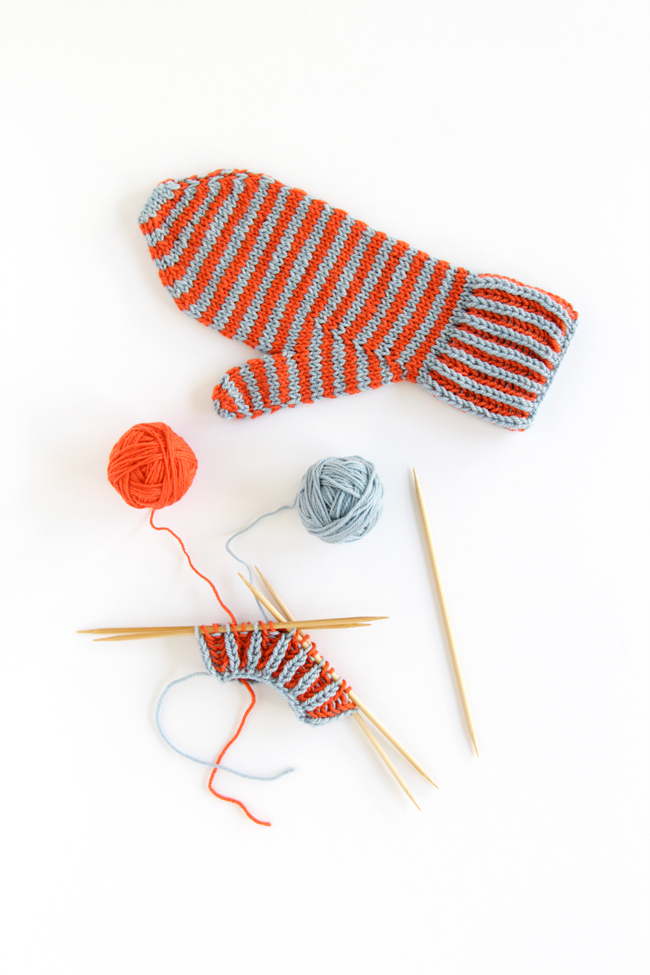 A question for you knitters-along!

I’m dying to get an idea of how many are knitting each of the patterns. Are you mittening? Team mukluks? Going all in and KALing both patterns?