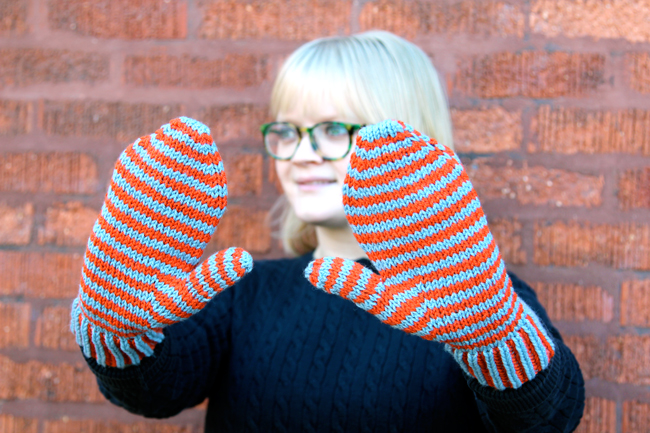 Today’s Funkasonic knit along post is about the details. There are little details written into both Funkasonic patterns to help add some visual texture and strength to the finished pattern or help hide where the round begins. The first technique we’ll cover today – jogless stripess – is used in both patterns. The second is the linen stitch, which is used to form the heel flap of the Fuknasonic Mukluks, lending them strength and style.

But first, some KAL business!

If you’ve already mastered last week’s Old Norwegian Cast On and working Two Color Brioche, today’s KAL updates will be a breeze. If you haven’t quite wrapped your head around those, never fear! Head to the Funkasonic KAL Ravelry thread for tips on what’s working for other Funkasonic knitters, an alternative to the brioche rib, and you can now add your in-progress Funkasonic knits to Ravelry. Here are the official pattern listings for these patterns: Funkasonic Mittens | Funkasonic Mukluks.

What is a jog in knitting?

Before I get ahead of myself, let’s define what the heck a “jog” is in knitting. When you knit in the round, you’re really knitting in a spiral fashion, even though the finished project doesn’t exactly look like it. But when you introduce a new color as you’re knitting in that spiral, a notch is formed where the ends of the round meet. This notch is known as a “jog.” 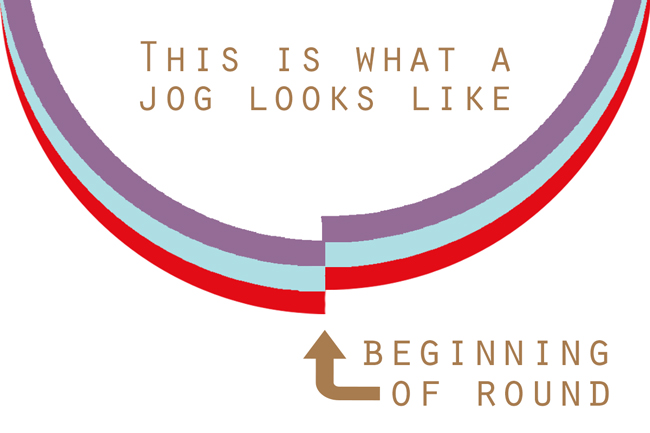 How to Knit Jogless Stripes

When knitting in the round, which we’re doing in both patterns, a slipped stitch is incorporated into the color change of your stripes. This masks the “jog,” making your stripes appear seamless. The single slipped stitch covers, in the case of the mittens, all rows of the stripe of color. The slipped stitch pulls the stitches nearest it into line, helping to eliminate the visual notch, a.k.a. jog. There’s really no such thing as a truly jogless stripe, but slipping that first stitch of the round helps the finished garment look a bit more polished.

A couple years ago, I did a post on jogless stripes, featuring this video demonstrating the technique. Since it helps explain how slipping the first stitch of a color change magically hides the color change, I thought I’d share it here for the knit along. The Funkasonic Mittens & Funkasonic Mukluks both feature jogless stripes written right into the pattern, which might have led you to wonder what was up with all the slipped stitches if you read ahead in your patterns. If you were curious about those slips, the mystery is solved! They’re there intentionally to avoid stair steps/notches/jogs at the beginning of the numerous color changes across the body of the mittens and the ankle of the mukluks.

If you’d like to see this demoed left-handed, you can watch that here. 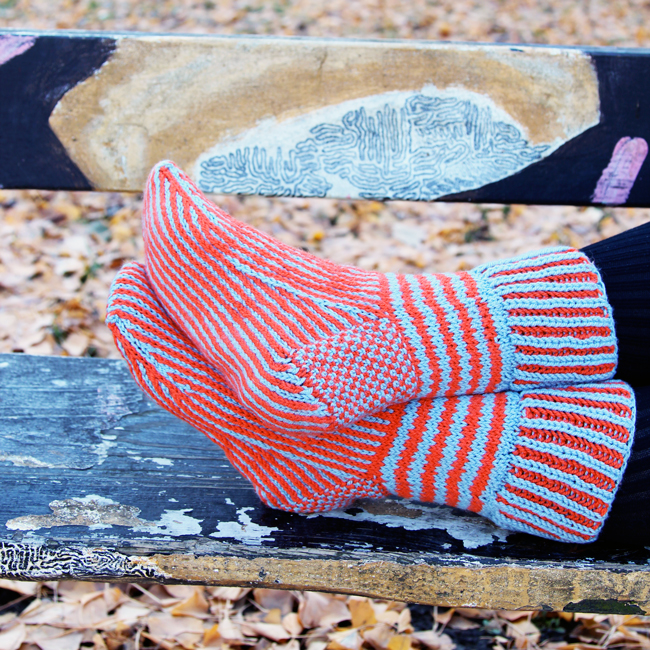 How to Knit Linen Stitch

The other stitch I wanted to share with you today is the linen stitch. The first popular knitting pattern I ever released on this blog was called the Faux Woven Cowl and was constructed almost entirely with linen stitch. Linen stitch makes a great sock heel (or mukluk heel in this case) because every other stitch is slipped while weaving the working yarn in between the stitches of your work, creating a dense, woven-esque fabric. You want your sock heels to be reinforced with slipped stitches when possible because heels experience a lot of wear and tear, and knitting that incorporates slipped stitches is inherently denser than plain knit or purl stitches. 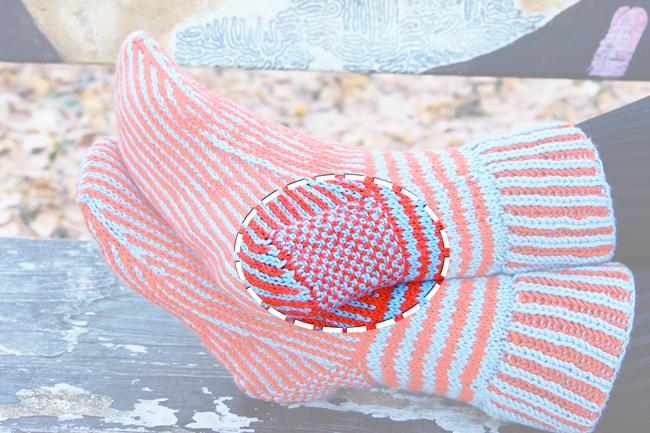 Much like the jogless stripes above, I happen to have a linen stitch tutorial video to share for those new to the technique, or even if you just want a refresher. This was literally the first knitting video I ever did, so please pardon the music being a little too loud in sections. I’ve improved a lot since making this video, but this gives you the gist of how to work this easy, strong stitch. :)