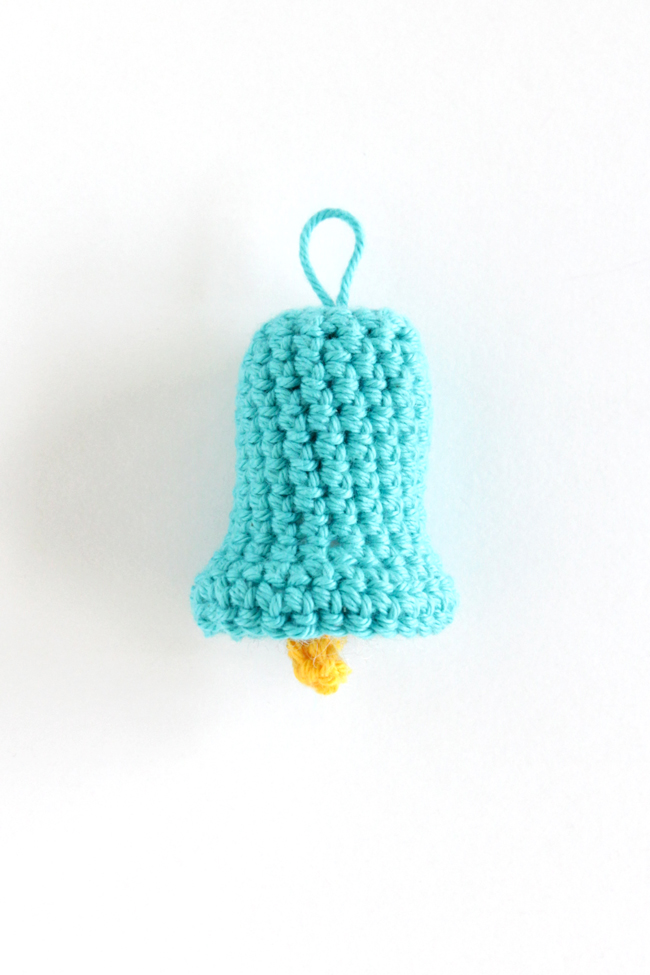 For the fifth ornament of Christmas, it’s finally crochet time! I feel like bells were such a big part of midcentury holiday decorations, and you don’t seen them all that often these days. Well, bells make awesome holiday decor, and I’ve always been a sucker for midcentury Christmas anything, so you’re getting this cute crochet bell pattern in today’s 12 ornaments of Christmas installment. Enjoy! 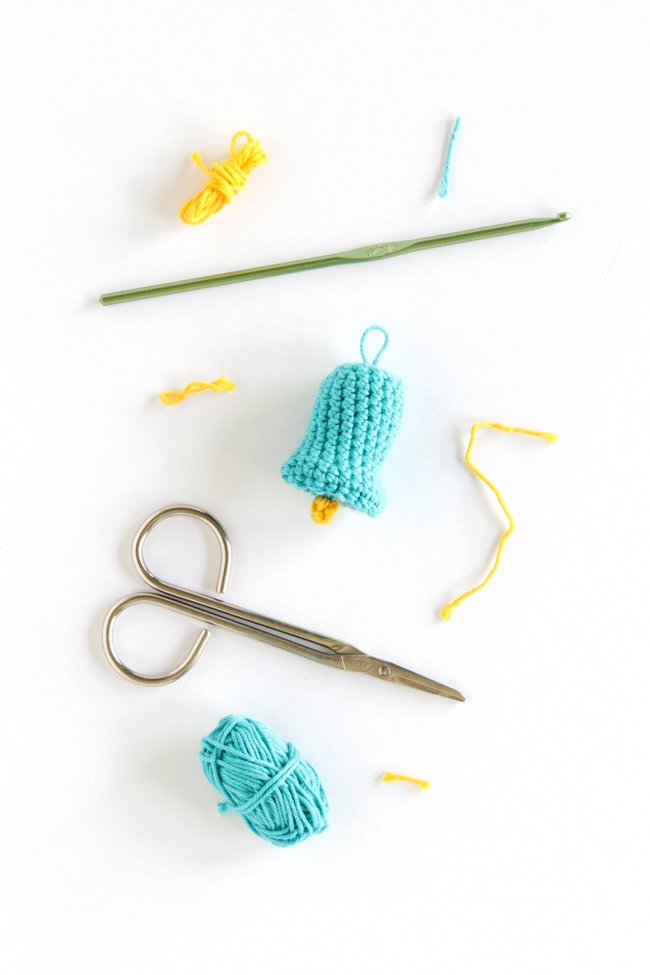 Abbreviations & Terms
magic ring -an adjustable starting round. Here’s a tutorial.
sc – single crochet
ch – chain
sc 2 in next st – sc 2 times in same st
rnd – round
(X sts) – X is the number of sts that are now in the rnd
(Y rnds) – Y is the number of times a rnd is worked
sl – slip
rep from * – repeat the instructions following the asterisk as directed

Break yarn and weave in end at bottom of bell only.

Use the long tail from the magic ring and tie a knot to make a loop at the top of the bell. Draw the rest of the tail down through the bell.

Break yarn & draw tail through last loop secure. Tie the clapper to the bell’s yarn tail. Weave in all ends.

If you’d like to stuff the bell, you can use poly-fil. You can also crochet a circle to sew across the bottom of the hat to secure the poly-fil if you prefer.*

*I filled my crochet bell with poly-fil without a plug. I’ve used this ornament for several years, and the poly-fil has yet to fall out on its own. 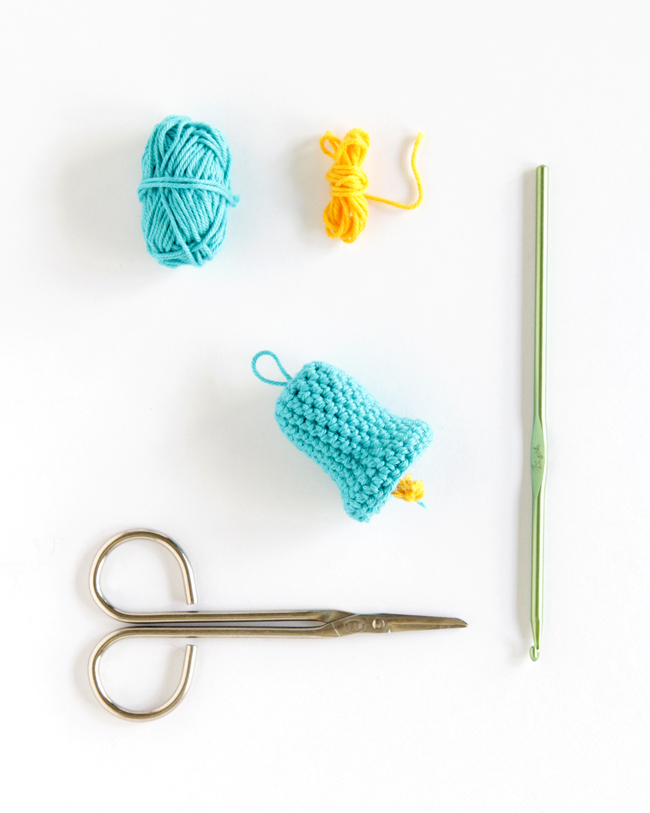 Here’s your friendly hashtag reminder for the day! ;) If you make this or any other of the 12 ornaments of Christmas, you can share them on social media using #handsoccupiedhohoho! 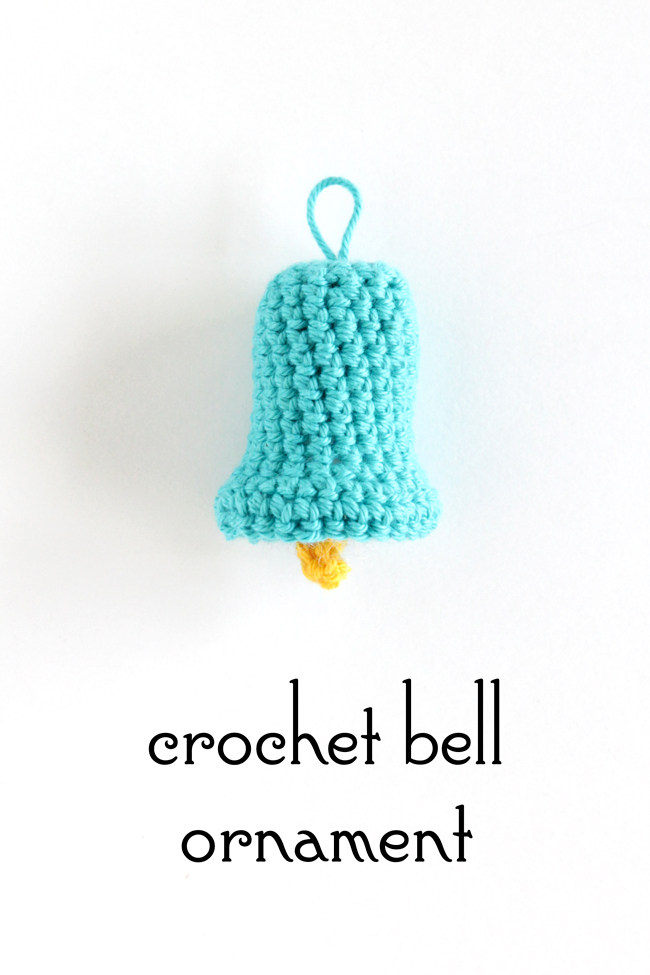