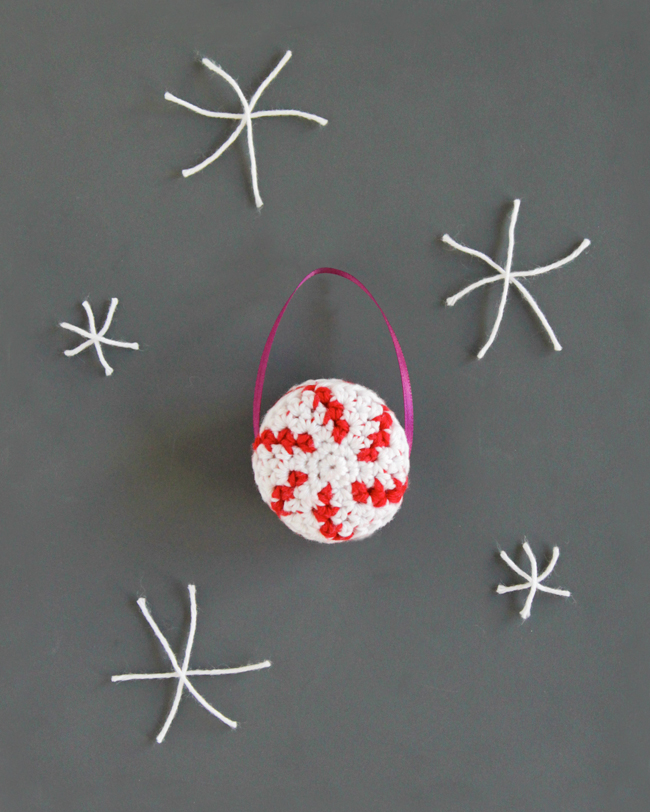 It’s finally time. The 12 ornaments of Christmas series is switch has officially been flipped to full-on festive! The ornament heralding the switch is the seventh in our series, a crochet peppermint. Constructed from the center out using the ever-useful magic ring and basic increases you see in many amigurumi projects, this peppermint brings a breath of fresh, festive air to your Christmas tree. 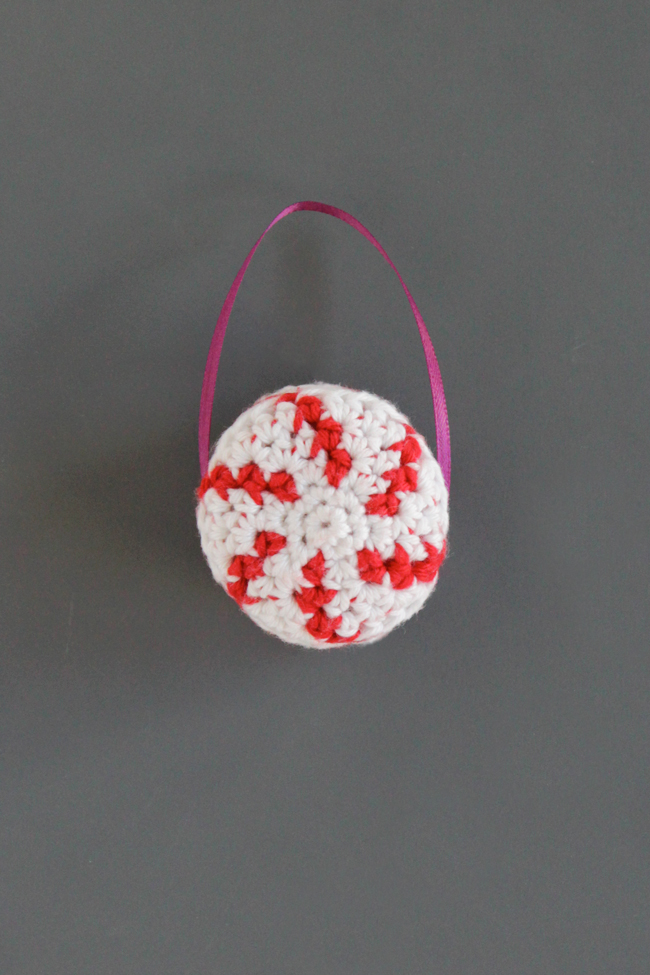 Abbreviations & Terms
magic ring – an adjustable starting round. Here’s a tutorial.
sc – single crochet
ch – chain
sc 2 in next st – sc 2 times in same st
rnd – round
(X sts) – X is the number of sts that are now in the rnd
rep from * – repeat the instructions following the asterisk as directed
sl – slip
Clr A- color A, white
Clr B – color B, red
hdc – half double crochet
hdc – 2 in next st half double crochet twice in same ch
blsc – sc into the back loop of the ch. Here’s a tutorial.

Make Back of Peppermint
Work rnds 1-5 above, breaking yarn and drawing tail through last loop to secure.

Finishing
Sew back to front of peppermint, stuffing as you go. Weave in all ends to finish. 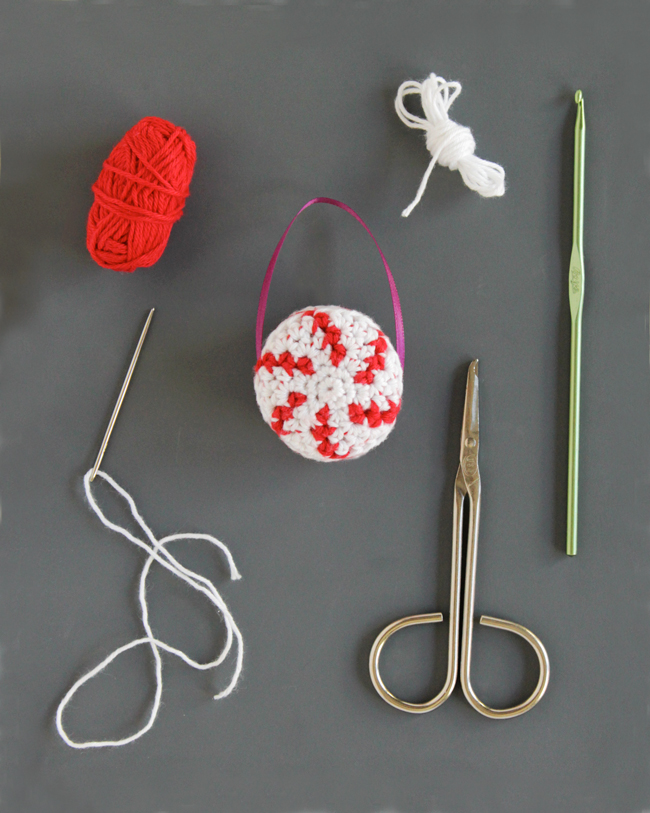 Just a reminder! If you make any of ornaments of Christmas, share them with us on social media with #handsoccupiedhohoho! 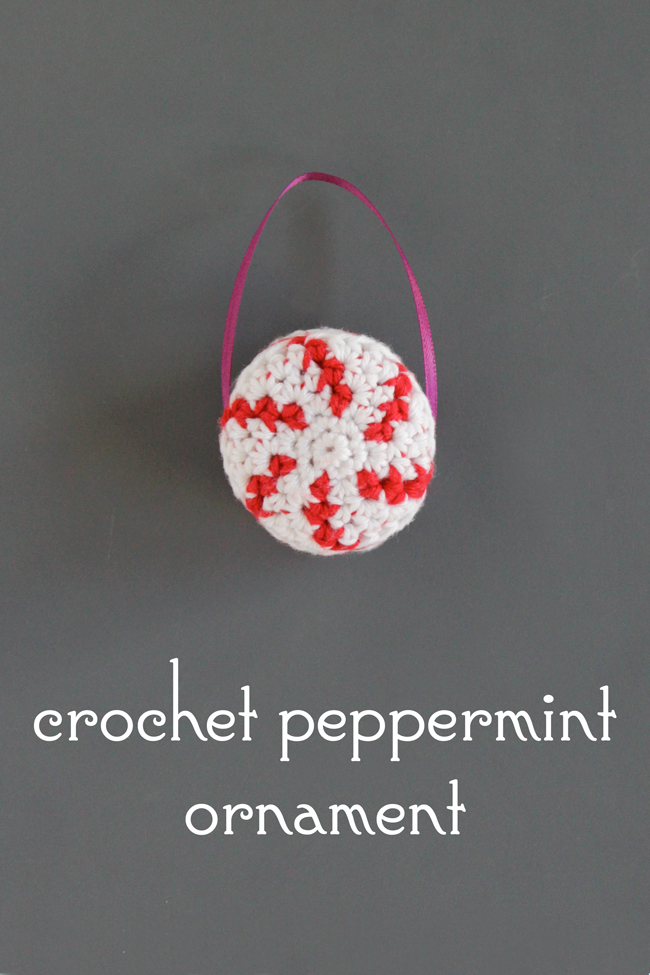